A recent opinion poll by The Australian Centre for Population Research (TAPRI) found that 70% of Australians do not wish to return to pre-Covid immigration levels of 240,000 per year or anything like this number.

In contrast, an Essential Research (ER) poll suggested that a declining proportion of respondents were concerned about immigration levels being too high.

Sustainable Population Australia (SPA) has welcomed the latest figures from the Australian Bureau of Statistics (ABS) that show population growth has fallen to near zero (0.1 per cent) despite an apparent baby boom. Yesterday, the ABS released figures for the year ending March 31. Australia’s population grew by 35,700 or 0.14 per cent.

Sustainable Population Australia (SPA) believes there is nothing to fear from the downward projection of population size in the Inter-Generational Report (IGR) from 40 million to 38.8 million by 2061. National President Jenny Goldie says what is to be feared are the environmental, social and economic cost of adding another 13 million people to the population.

'It's not about the source, it's about the numbers, stupid'

"Media resistance has always been one of the big problems," says Sandra Kanck, who came from a family where there were seven children and she learned early that one wage did not go as far for seven as it might for fewer. From 1994-2009 Sandra served as an Australian Democrats’ Member of the upper house of the South Australian Parliament.

The Victorian branch of Sustainable Population Australia (SPA) expresses deep concern that Australia will reach 25 million people this week. In anticipation of this milestone, SPA literally took to the sky on the issue by flying a small plane over Melbourne to see first hand whether bigger means better.

Michael Bayliss, spokesperson for Sustainable Population Australia, speaks up for wildlife and for a sustainable population policy in Australia on Vocal Animal. Note that Michael also advocates a vegan diet for humans, but we do not, even though we publish pro-vegan articles from time to time.

Have you noticed the sudden unexpected coverage about population on the ABC?  On the 12th of March, 4 Corners ran an episode called ‘Big Australia - Are We Ready.’, Directly following this was a panel discussion

Australia has no coherent population plan other than to inundate the major cities with people. Instead of a well though-out population policy, the strategy has been to stoke overall economic growth to support big business. This suits the property industry and retailers but GDP per capita growth is stagnating while ordinary Australians are worse off.

"As Sustainable Population Australia is an environmentally focused organization, we advocate policies that encourage human activity that is sustainable within finite natural limits and question the ongoing growth paradigm. Growth in the capital cities is reaching limits, whilst coastline development impacts fragile ecosystems.

Right now the UK is politically divided on whether or not to leave the European Union and the mood in many quarters is ugly. It seems that there is a very strong chance that the forthcoming Brexit referendum could swing in favour of the Leave vote, something that seemed unimaginable a few years ago.

Sunday 14 Feb 2016 at 12-12.30pm: Mark Allen of Population Permaculture and Planning asks: Is it possible to accommodate a growing population without unacceptably high density living and urban sprawl?

Weekend of 7-8 March 2015: Sustainable Population Australia (SPA) - Australia’s only environment group campaigning on the impact of human population - will examine the question “Population and Ageing: Disaster or Triumph?” in a half-day symposium to be held in Adelaide. “Population and Ageing: Disaster or Triumph” will be held on Saturday, 7th March at 1 pm, at the Hawke Centre, UniSA West Campus, 55 North Terrace, Adelaide. The public is welcome to attend and admission is free.

This article forms the basis of a brochure, attached for download and printing, prepared by Roland Johnson for the Victorian and Tasmanian Branch of Sustainable Population Australia.


‘The modern plague of over population is soluble by means we have discovered and with resources we possess. What is lacking is …universal consciousness of the gravity of the problem and the education of the billions of people who are its victims’. [1]
Photo: Martin Luther King, 1966 (revered symbol of human rights)

Sustainable Population Australia (SPA) today called on the Federal Government to undertake a complete review of immigration into Australia in light of claims of widespread rorting of the system.

Videos of KELVIN THOMSON and all panel speakers have been added to this article. Open mic part now published here too. Today, June 14, 2014, a packed hall with people standing at the back in the Hawthorn Arts Centre voted for a national plebiscite to ask the people what size population they wanted. The forum interacted with a panel of four speakers: Kelvin Thomson, MP for Wills; Sheila Newman, Evolutionary Sociologist and Candobetter.net editor and writer; Clifford Hayes, former Bayside Council Mayor and planning activist; and William Bourke, Leader of the Sustainable Population Party. There was a queue for the open microphone and the meeting closed later than expected. All motions passed with an overwhelming show of hands.

Public forum with Kelvin Thomson, William Burke, Sheila Newman, Clifford Hayes and numerous community groups. Sustainable Population Australia & Victoria First are hosting a panel discussion and open mike on Melbourne's population future. The event will be filmed to use as a document to show how Melbourne people feel about overpopulation. "Melbourne's population growth is treated by the media, by governments and by planners as though it is inevitable, giving the impression that the fate of Melbourne is to be a city of 7 to 8 million by mid-century. What the public seldom hears is that Melbourne's huge growth rate is not inevitable, nor that growth of the population does not magically stop at mid-century unless changes to existing trends are made. If present growth rates continued, Melbourne would be a city of about 20 million by the end of the century. The truth is that Melbourne's future could be largely in our own hands. This meeting is a chance for the people of Melbourne to question the ideology that "Melbourne must keep growing"" (Jill Quirk, President SPA Vic & Tas). "Melbourne has been growing by 200 people a day, 1,500 a week and 75,000 each year for some time now. The latest projections are that this rapid growth will escalate still further. But Melbournians are not asked whether this is what we really want for our city." (Kelvin Thomson, President, Victoria First)

Amid all the talk by politicians and media about the imminent horror budget with cuts to many important services, Treasurer Joe Hockey fails to see the source of more than enough money to cover all these ‘holes’, according to Sustainable Population Australia (SPA).

The Abbott government’s reopening of a visa loophole in the temporary working visa (457) program is a retrograde step, according to Sustainable Population Australia (SPA).

Australia’s population annual growth of just under 400,000 people is absolutely unsustainable, according to Sustainable Population Australia (SPA). Our annual population growth, of which 60% is made up of economic immigrants, amounts to building another Adelaide every three years, with all its need for infrastructure, fuel, housing ... at a cost of about $200,000 per person.

Groups representing thousands of Australians intend seeking meetings with Federal MPs to see where they stand on population growth and are calling for a referendum on the issues.

July 30. The film will be introduced by Australian population scientist, Sheila Newman, (Demography, Territory, Law) who will also lead discussion afterwards. Grounded in the theories of social scientist Riane Eisler, the film strives not to blame but to educate, to highlight a different path for humanity. Overpopulation is merely a symptom of an even larger problem - a "domination system" that for most of human history has glorified the domination of man over nature, man over child and man over woman. To break this pattern, the film demonstrates that we must change our conquering mindset into a nurturing one. And the first step is to raise the status of women worldwide.

Monash University's Dr. Bob Birrell of Monash University Centre for Population and Urban Research spoke at the Sustainable Population Australia AGM on July 20, 2013 to a conference center packed to standing room only. The speaker was retained for questions until long after the end of the talk. "It was chilling the way Dr Birrell calmly and factually revealed the deep globalised shit we are in. It just doesn’t make sense at all. If only the public understood what is being done to them and their children...not to mention our environment." Videos by Steven Armstrong. 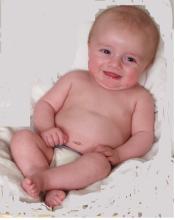