Dr Paul Craig Roberts is interviewed by Julian Charles of The Mind Renewed, UK, for his explanation of President Trump's about turn on all foreign policy. The conclusion is that Trump has been sidelined and others have taken over his role at the White House. The term 'coup d'etat' is not used, but that is what is assumed.

There is a massive Western propaganda campaign to make Greeks fearful and to use this fear to manipulate a Greek vote against their own government and in favor of the Global One Percent.

The most relevant and/or most incisive articles and video or audio broadcasts will be linked to from this page.

Originally published on PaulCraigRoberts.org. Article has also been republished (20 Jan 2015) on Global Research.

Updates 1 Sep 2014: republished on Global Research as The Donetsk National Republic (DNR); "This is a Fight for Independence Now; English Transcript previously published separately here added as appendix; 7 Sep 2014: this press conference was also published in English and other translations on The Vineyard of the Saker on 26 August.

This article published as Washington piles lie upon lie by Paul Craig Roberts was published earlier on paulcraigroberts.org and Global Research.

#EDF5FA;line-height:120%;">Yesterday, Friday 29 August at 7:00PM the ABC news reported that there was "satellite evidence" of Russian armour and soldiers going over the border and that the Russian government had lied about it. It also claimed that "former and serving Russian army soldiers" were fighting in Ukraine alongside the rebels. Whilst the online version of the same story is a little more more circumspect, public opinion tends to be more affected by live audio visual reporting. This report is part of the current avalanche of 'reporting' of the Ukraine crisis by the mainstream media, which is barely a day old. Other 'reports' about Ukraine include:

See also: Ukraine and the Battle for South Stream (27 jun 2014) by Tony Cartalucci.
#D4EBF9;margin-bottom:4px;">The article, of 24 June 2014 by Paul Craig Roberts, concens an issue to which no other issue can approach in urgency and importance – the threat of war between the United States and its allies on the one hand and Russia and China on the other. Such a war could well be the end of humanity. In recent months the United States Government has helped install into Ukraine right on Russia's border a Nazi government. This, and its continued proxy terrorist war against Syria has brought the risk of war much closer.

#D4EBF9;line-height:120%;font-size:80%;">The article below is republished from Paul Craig Roberts. It has also been republished on PressTV. As well as speaking out against the war-makers in the U.S., Israel and Europe, Paul Craig Roberts, supports the sort of 'politically incorrect' causes that candobetter also supports — environmental and wildlife preservation and opposition to open borders, human population growth and high immigration. Please donate so that Paul Craig Roberts can continue to speak the truth.

Dave Brat, a professor of economics at Virginia's Randolph-Macon College, is a marked man. Professor Brat defeated Republican House Majority Leader Eric Cantor, a prime trophy of the Israel Lobby.1 I doubt that Eric Cantor ever lost an opportunity to place Israel's interests above the interests of his constituents. Under US laws, Cantor should have been required to register as a foreign agent.
The Israel Lobby is one of the six powerful interest groups2 that rule the US. The Israel Lobby has a perfect record of destroying any member of the House or Senate who dared to cross "The Lobby." A number of its victims have spoken out, describing how The Lobby's power was used against them.
Professor Brat's victory over Cantor is not only an affront to the Israel Lobby but also an assault on its power. The Lobby will not take this lying down. Professor Brat had better not think that the attractive sexy women who suddenly are interested in him are attracted by his new status as a US Representative and a topic of conversation. The irresistible women will be on a well paid mission to cause a scandal.

Paul Craig Roberts, Stephen Lendman: Obama and Kerry Declare that Amerika Stands for War and is Proud of It

This article was first published on paulcraigroberts.org and on Information Clearing House 8 Sep 2013. See also: A brief for animals of 5 June 2013, Nature's Capital Is The Limiting Resource of 24 Jan 2013

Syria has agreed to the Russian proposal to give up its chemical weapons, but the war criminal and totally isolated obama regime, the scum of the earth, says it will attack Syria regardless.

How will the world respond to the Amerikan Third Reich, the worst threat to truth, justice, peace, and humanity that the world has ever experienced? Will the world submit to rule by an outlaw state whose corrupt government represents no one but the Israel Lobby?

This article was originally published on www.paulcraigroberts.org on 5 September 2013 as The US Government Stands Revealed to the World as a Collection of War Criminals and Liars. See also: Paul Craig Roberts: U.S. war criminals (and their Australian accomplices) totally discredited of 2 Sep 2013.

Paul Craig Roberts explains that the serial liars U.S. President Barack Obama and Secretary of State John Kerry are finally being held to account by world public opinion for the death and destruction they have inflicted upon Syria, Libya, Iraq and Afghanistan. However, unless they are tried for their crimes at the International Criminal Court at the Hague, there can be no enduring peace.

#frontPage_3424" id="frontPage_3424">Updates: Lebanese Expert: Firing Rockets Message for Military, Congress, Syria and Allies of 3 Sep 2013 on Al-Manar, Israel, US give conflicting accounts of ballistic missile (including video) of 3 Sep 2013 on PressTV, Human shield formed to protect Syria from military action (including video) of 3 Sep 2013 on PressTV. Updates that were previously listed in this teaser have been placed in an appendix. Sites, on which truthful and up-to-date reporting of the Syrian conflict can be found, include: Syrian Arab News Agency (SANA), Syria News, PressTV, Russia Today, Voltaire Net, paulcraigroberts.org and Global Research.

This coming Saturday 7 September, most Australians will be forced to make the unpalatable choice between, on the one hand, the Opposition Liberal Party and the ruling Labor Party. The Liberal Party is resolved to destroy 7,000 public service jobs, remove the right of trade unions to enter workplaces and give the Green light to destructive and horrifically expensive projects such as the East-West Link and the Phillip Island industrialisation project. Prime Minister Kevin Rudd, as well as promoting rampant population growth and section 457 visas has, on the international stage, facilitated military aggression against Libya in 2011 and has done his utmost to repeat the exercise with Syria. Fortunately for Syria and the rest of the world, President Obama's war plans against Syria have been defeated by international and domestic opposition as described in the included article of 30 Aug 2013 by Paul Craig Roberts. It is vital, if peace and democracy are to survive that Kevin Rudd, Bob Carr and Opposition Leader Tony Abbott be held to account for their support for the U.S. Government's criminal actions.

The war criminals in Washington and other Western capitals are determined to maintain their lie that the Syrian government used chemical weapons. Having failed in efforts to intimidate the UN chemical inspectors in Syria, Washington has demanded that UN Secretary General Ban Ki-moon withdraw the chemical weapons inspectors before they can assess the evidence and make their report. The UN Secretary General stood up to the Washington war criminals and rejected their demand.

The US and UK governments have revealed none of the "conclusive evidence" they claim to have that the Syrian government used chemical weapons. Listening to their voices, observing their body language, and looking into their eyes, it is completely obvious that John Kerry and his British and German puppets are lying through their teeth. This is a far more shameful situation than the massive lies that former Secretary of State Colin Powell told the UN about Iraqi weapons of mass destruction. Colin Powell claims that he was deceived by the White House and did not know that he was lying. Kerry and the British, French, and German puppets know full well that they are lying. 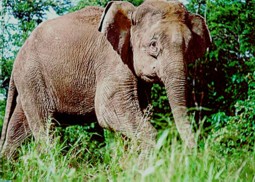 The article below was published on 5  June 2013. That article, was, in turn, reprinted from CounterPunch of 12 January 2011. Since the article was first published, Washington has added the slaughter of Libyans, Yemeni, and Syrians along with that of wolves to its accomplishments. An addendum describes the wicked new "sport" of "canned hunting."

Paul Craig Roberts, who was Assistant Secretary of the Treasury for Economic Policy under US President Ronald Reagan and whose distinguished journalistic career, includes 15 years as an associate editor of the Wall Street Journal, has been banned, so far, for six years from the US mainstream media.

This article by Paul Craig Roberts was originally published as "Astonishing Incongruities - Is It Time to Bail Out of the US?" on 28 Jan 09 by Information Clearing House.