"Official Western institutions have never recognised Assange as a prisoner of conscience,why do you think that is?" Oksana asks Greg Barnes. After almost a decade in confinement, Julian Assange is still fighting against extradition requests to the United States, at cost to his physical and mental health, while also compromising WikiLeaks’ ability to continue its operations.

"Biden is like Trump without the Tweets." The British are known for their "permanent opportunism." "Boris Johnson is like a fifth wheel." US State Department falsely claimed it communicated with the French. China is attempting to make the China Sea into a kind of internal sea. Australia is losing sovereignty to America.

Over the past year, the Center for a Humane Economy worked closely with United States Representatives Salud Carbajal, D-Calif., and Brian Fitzpatrick, R-Penn., to formulate legislation to ban the trade in kangaroo-sourced products into the United States.

This article can be printed on two sides of an A4 sheet from this file (but, please be warned, it costs a lot more to print it as colour rather than as black and white).

This household had a moment of great joy last night, to hear that Judge Vanessa Baraitser, presiding at the Magistrate's court, has disallowed Julian Assange's extradition on medical

No Australian Support for U.S. wars

Below is a list of only some signatures from international organisations and individuals endorsing the campaign No War on Venezuela. Full list on web page. Action plan for Melbourne organised by the Australian-Venezuelan Solidarity coalition on Saturday 23 February, 11am at Trades Hall.

Spirit of Eureka condemns the Morrison government and the ALP Opposition’s compliant endorsement of the US intervention and preparations for a “regime change” in sovereign Venezuela. This points to the urgent need for an independent Australian foreign policy that upholds and promotes the sovereignty and independence of countries to determine their own destiny.

The next Meeting of IPAN in Victoria will be on 20 February, Level 4 Trades Hall at 5.30 pm. This meeting will commence earlier due to a small overlap with a meeting on Venezuela on the same night, at 7pm in the Trades Hall, at which the Venezuelan Consul will be speaking.

1973 saw many oil producing countries become independent and nationalise their oil. Some succeeded and others, like Australia, were brought to heal. Ever since 1973, the US and Europe have been trying to reverse these nationalisations. Venezuela is a case in point.

#EDF5FA">The following article by Paul Craig Roberts, reprinted with the author's kind permission, has been previously

PressTV presenter discusses with his two guests how Syria has, after more than 7 years, triumphed over tens of thousands of terrorist invasders, who were armed and paid for by the United Sytated, IIsrael, Saudi Arabia and their allies.

Recently Donald Trump accused Germany of being dangerously dependent on fuel imported from Russia. The Russian foreign minister has responded to this sally by pointing out that Germany is still occupied militarily by the United States Army. As for importing fuel from Russia, Germany has done so for over 50 years, reliably, without interruption due to political differences.

"All military personnel, from low ranking GI’s to the top generals and admirals, have an obligation to disobey illegal orders. Orders to carry out acts of war against a sovereign nation that is not threatening the U.S. are illegal orders." Jerry Condon, Veterans for Peace.

After having returned back home to Berkeley last week, I assumed that I was finally finished with writing about Mexico City -- but apparently not.

American boots on the ground. We hear this all too often throughout the world and now the war ravaged country of Yemen is the latest victim of US military troops. But why Yemen and why now and what are these troops trying to accomplish in a country that is facing a brutal war against it by Saudi Arabia, a war that Washington has given the green light to.

Academy Award© - winning director Oliver Stone, who brought Platoon, Born on the Fourth of July, Wall Street and JFK to the big screen, tackles the most important and fascinating true story of the 21st century.

This article was previously published (24/8/15) on Russia Insider.

This article previously appeared on Russian Insider (4/7/15) and Global Research (11/7/15). See also: War without mercy in Yemen (8/7/15) and other articles about Yemen on PressTV and candobetter. 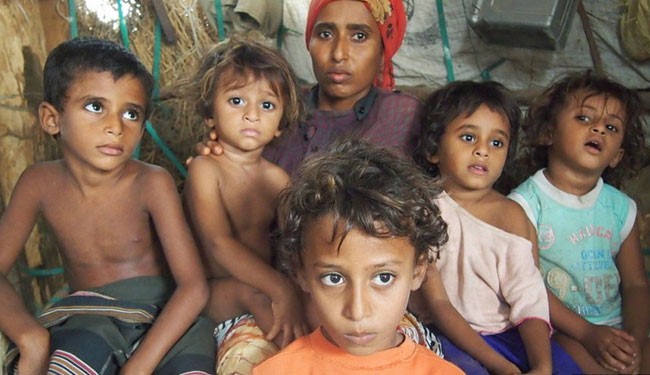 80 percent of people in the Arab world's poorest country are in danger of starving to death under a US-backed and US-enabled blockade and bombing campaign.

Have the CNN, BBC, NBC, Fox, Sky, etc told you about that?

Obviously news that doesn't directly touch on Russia. However, obviously an enormously important one – this is the biggest humanitarian disaster in the world right now – but it's getting barely any attention because the US is contributing to it in a major way. (The Saudi campaign in Yemen wouldn't be possible without American diplomatic, intelligence and logistics backing.)

In the video embedded below,
Hillary Clinton bursts out into
laughter after her fellow inter-
viewee says, "then we ought
to take [Iran] out" - Feb 2012

Hillary Clinton is not a liberal - no more than Bill Clinton was a liberal - these people have absolutely no moral compass or political principles. They are opportunists of the worst kind - they are virtual psychopaths who will do anything and say anything in order to obtain power. Hillary Clinton was a "goldwater girl" back in 1964 - she was a right-wing Republican. But when she found it more convenient to pretend to be a liberal in order to obtain power, then she pretended to be a liberal. But make no mistake - the Clintons have NO principles at all.  1

The US State Department has been criticized for its move to deny a visa to an Iraqi Christian nun planning to reveal ISIL atrocities to Congress.

Sister Diana Momeka was part of an Iraqi delegation that was scheduled to testify before the House and Senate Foreign Relations Committee later this month.

Momeka has been a frank supporter for the Christians who have been killed and deported by the ISIL 1  terrorist group.

Ron Paul took an opportunity during the PBS Republican Presidential Debates, moderated by Tavis Smiley, to call for end to the Drug War.

This video was posted to YouTube on 27 September 2007, prior to the 2008 United States Presidential campaign.

"Prohibition didn't work and prohibition on drugs hasn't worked either."

Paul also noted the money wasted on the so-called 'War on Drugs' since the 70s when it's clear that drug use and prison capacity has only swelled in wake of the profit driven motives of the "war."