"For more than a decade, the Productivity Commission has debunked the common myth that immigration can overcome population ageing. [...] If Australia was truly a ‘clever’ country like Japan, it would manage population ageing by: 1) better utilising existing workers, given there is significant spare capacity in the labour market; and 2) where required resort to technological solutions.

The ABC is a driving force behind the corrupt agenda setting bias of Australian politics. A clear explanation of this is provided by the ABC News and Current Affairs, who seem confused about their role. They seem to think they can use agenda setting bias as a tool in their manipulative armoury, as if they are elected politicians rather than journalists with a Statutory Duty to act as objective critics of the political agenda. Instead the ABC News team seems dedicated to creating agenda setting bias to ironically reinforce the objectives of the major political parties.

Mark O'Connor (famous co-author of Overloading Australia) asks, should environmentalists resist Big Australia - and the densification of Melbourne? "In the long run, unless we can stop the endless growth of population and consumption, all environmental battles will be lost. 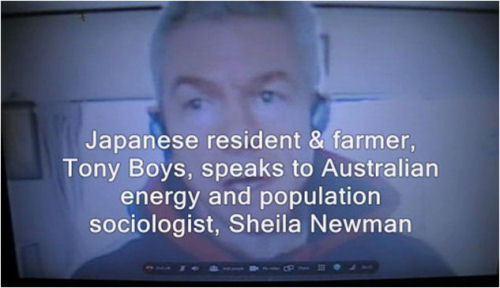 See also Tony's article on candobetter.net: "Japan Earthquake, Tsunami and Nuclear Disaster - A personal story about the next 100 years of human history"