Professor Bob Birrell [1] calls for better planning to stop over-development, sustainable population policy reform at a Sustainable Australia Party event. "Net overseas immigration is completely dominating the figures." The politicians tell us, "We just have to get used to it, and the way we're going to deal with it is to throw literally billions at it ... and ... eliminate suburbia." "That's what they say. But rezoning and high density doesn't actually work. The houses are too expensive. The reason is site costs. The more people the more demand for housing. If you increase the opportunity for housing on the same site, the site values go up higher.... It doesn't work." "Nor does the high rise 'solution'. You know there are tens of thousands of these being completed. When we checked the 2016 census, what we found was, that in the two areas of greatest density, CBD and South bank, only 5% of all those appartments were occupied by families with children. Well, what are we going to do about it? We have to deal with high NOM (Net Overseas Migration), it's not inevitable - and this is the key point. The high levels of NOM at present are due to government policy or government non-policy. They are a deliberate consequence of government policy. Not inevitable. For example, overseas students. It is a fact that the biggest source of growth in Net Overseas Migration in Melbourne is overseas students. There are more overseas students coming in on a student's visa each year than are leaving holding a student's visa. Okay, we don't object to students coming here for an education. the problem is that, once they get here and complete their education, they can stay on, more or less forever. Our governments have deliberately encouraged them to do so. By providing, as of right, a two year stay here, with full work rights - even if your degree is in cultural studies - and, when you've done that, you can get another student visa. Or you can become a tourist, or you can get a working holiday visa, or you can apply for a 457 temporary visa. Or you can apply for a permanent entry visa. And, as a consequence, a big chunk of overseas students are just spinning out ... over the years. So, we can change that and that would have a major impact. There are many other areas we could change. I'll just give you one or two to finish, which you may not know about. You've probably heard a lot about 'regional policy' - 'maybe we'll put people in the bush, rather than let them stay in Melbourne or Sydney. Well, currently, there's a program near 30,000 visas strong for state and regional sponsorship. The problem is that these visas do not require people to actually stay in the states or regions that sponsor them. They very quickly move off and they end up in Sydney or Melbourne. Or, consider this, and I'll finish on this note, consider the policy on spouses. [...] what happens in Australia is that you can sponsor a spouse at the age of 18 and you do not have to show that you have a job or an income which will enable you to sustain that spouse. I'm not kidding you. This is the situation. Compare that with Europe. Most countries now, you've got to be at least 22 before you sponsor a spouse, and you've got to prove that you have the funds to support that spouse. I could go on. There is massive potential to bring down the numbers. [...] We have to get the numbers down if we are really coming to grips with Melbourne's crisis of overdevelopment. I'll just leave you with one final thought, and that is that at least public opinion is moving in the right direction. [refers to TAPRIS study] Some 54 % of voters now believe that immigration should be reduced. The polls this year are putting the numbers in the 60%, so the potential is there. May I wish [Sustainable Australia Party] the best in mobilising it."

[1] Although Bob Birrell's publications in demography are very well known, his qualifications are much greater: Bob Birrell (PhD Princeton – Sociology) was Reader in Sociology and the founding director of the Centre for Population and Urban Research at Monash University. He was the joint editor of the demographic journal People and Place (with Katharine Betts) from 1993 to 2010. His appointment with Monash University finished in 2014. He has been a consultant and advisor to successive Australian governments on immigration policy, most recently as part of Coalition Government’s Evaluation of the General Skilled Migration Categories, published in 2006. His research covers Australian history (A Nation of Our Own – Longman 2005), Australian education policy, urban affairs and immigration practice and policy. His most recent international publications include, ‘Media Effects and Immigration Policy in Australia,’ in Gary Freeman, et al., Eds, Immigration and Public Opinion in Liberal Democracies, Routledge, 2013 and ‘Migration: the Australian experience,’ in Sasha Bangalay and Delphine Nakache, Eds, Immigration Regulation in Federal States, Springer, 2014.

It has almost become commonplace now for prominent environmentalists like David Suzuki to declare that economic growth cannot continue in a finite world. Even Canadian Green Party leader Elizabeth May has been heard to quote Paul Ehrlich's old line that "growth is the ideology of the cancer cell". The problem is, however, that they do not follow this insight through to its logical conclusion. What does economic growth consist of? If population growth is a critical ingredient of economic growth, then what drives population growth? And if migration to affluent countries promotes population growth in both the nations of emigration and the recipient countries, must not any credible strategy to fight economic growth involve tightening borders and restricting this flow? 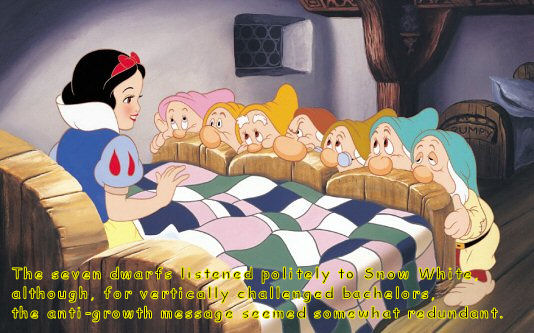 "We have come to believe that growth is the very definition of progress. You talk to any businessperson or politician and say, 'How well did you do last year?' And, within a picosecond, they will talk about growth in the GDP and the economy in profit, jobs or market share. And, anything in a finite world cannot grow forever. We live within the biosphere, that cannot grow- it's fixed." David Suzuki

At long last there is a growing consensus among environmentalists that growth must not simply be managed, but stopped, before nature does it in a more ruthless and arbitrary fashion. Nevertheless, while it takes little insight or courage to identify and attack the problem in broad terms, it requires bold persistence to follow that commitment to its logical conclusions and ruffling politically correct feathers in the process. Unfortunately, not many anti-growth advocates are so audacious. So far there seems to be seven subsets of anti-growth consciousness that must be treated as stages toward total comprehension of the issue.

1.Those who recognize that economic growth cannot continue in a finite world.

2.Those who realise that economic growth must not only be stopped, but reversed. There must be “de-growth".

3. Those who understand that global population growth is a critical component of economic growth.

5. Those who understand that immigration has become a key driver of population growth in many affluent nations like the United States, Canada, Australia and the UK.

7.Those who understand, then, that reducing mass migration to North America and similarly affluent regions is crucial to any effective effort toward pro-actively reversing global economic growth, if for only the reason that migrants from poorer nations greatly magnify their ecological footprints upon arrival. At the same time, we understand it is the practical and moral obligation of affluent countries to address the “push” factors which drive migrants of poorer nations out of their countries.

Lamentably, the great majority of environmental leaders who have “gone out on a limb” to denounce economic growth, or even to declare that it must be reversed rather than simply stabilized, will not go out any further. Perhaps they reason that their constituents are not yet ready come with them----or that corporate donors will de-fund their organizations if they did. It is clear that from the investigations of Washington Post, Johann Hari, Christine MacDonald, Michel Chossudovsky and Cory Morningstar---to name but a few---that corporate foundation money has played a decisive role in taming environmental NGOs and channelling them down paths that our less consequential to the corporate bottom line. But whether it be for mercenary reasons or simply deference to political correctness, Canadians remain puzzled why David Suzuki, for example, can tell Australians on their public radio that their country is over-populated, but is apparently unable to say the same thing in Canada about his own country on the CBC. If Dr. Suzuki—and other prominent green voices---are sincere in their determination to see economic contraction, then they must climb up all of the steps outlined above. They must take special note of Herman Daly’s ninth policy proposal for moving toward a steady state:

"Stabilize Population. We should be working toward a balance in which births plus in-migrants equals deaths plus out-migrants. This is controversial and difficult, but, as a start, contraception should be made available for voluntary use everywhere. And while each nation can debate whether it should accept many or few immigrants, and who should get priority, such a debate is rendered moot if immigration laws are not enforced. We should support voluntary family planning and enforcement of reasonable immigration laws, democratically enacted. A lot of the pro-natalist and open-borders rhetoric claims to be motivated by generosity, but it is “generosity” at the expense of the U.S. working class—a cheap labor policy. Progressives have been slow to understand this. The environmental movement began with a focus on population but has frequently given in to political correctness." http://www.thesolutionsjournal.com/node/556