Clearing our Koalas Away is a damning new report by Dailan Pugh (North East Forest Alliance, July 2017) that puts together intensive logging maps recently obtained via Freedom of Information

This scientific study into the endangered Growling Grass Frog was released overnight and looks at how the genetic diversity of the frog is being negatively impacted by the rapid urbanisation of Melbourne’s fringe. They were once very abundant in Victoria (so abundant that they used to feed them to the snakes the Melbourne Zoo!) and now only a few populations exist around Melbourne.

The scientists have found a population of the frogs in the Cardinia Shire, which has an increased genetic diversity that they hope to protect.

Claire Keely, the lead scientist on the paper, is both a PhD student and part of the Live Exhibits team at the Melbourne Museum (where they have some of the pretty green frogs in question).

Two weeks ago fire 40 km north east of Perth burnt for 10 days and blazed through some 7,000 hectares of land, burning homes - far too many to count, or for that matter, to contemplate. It impacted on countless species and would have burnt millions of individuals, all of whom, like us, are categorised biologically under the heading Kingdom of Animalia. But that's not how the newspapers reported it...

The recent strategy of these organisations for the management of the Southern Brown Bandicoot is based on 99% of bias and negativity. It is a declaration of war against this species. Their barbaric program is full of hypocrisy as well as hiding the real evidence in order to bolster their arguments. Their proposals are too opaque and misleading and often quite ridiculous, simply all in order to save money!

Peter Garrett last week announced $260,000 will be spent on an urgent bid to save the Orange-Bellied Parrot from extinction.

Under the Federal Government plan, captive populations will be boosted and extra feed and nesting options will be provided to encourage the 50 or so parrots left in the wild to breed. 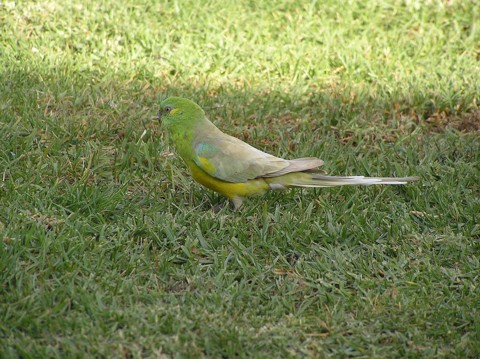