To Believe or Not to Believe---That is the Question---Dawkins, Hedges and Human Nature 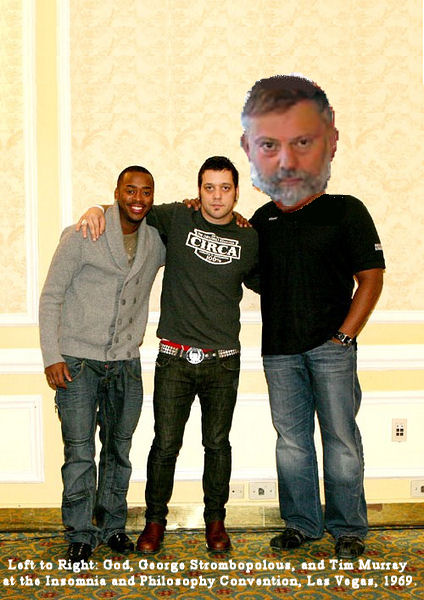 Strombo's first guest was what he aptly described as "The Pope of Atheism", Richard Dawkins. As usual, Dawkins was incisive and entertaining. His message was that evolution was so wondrous that we should stop to bask in its glory and enjoy this life to the fullest rather than invest our hopes in a post-corporeal existence of our imagination. Scientific theory, he argued, is not to be equated with "theory" as understood in popular parlance. It is much more than that. It is not a speculative conclusion to be ranked with equivalent credibility to other speculations. It is built upon evidence that must pass a much more rigorous standard than the assertions of competing beliefs. The ''theory " of evolution, must be granted the same credence as the "fact" that the Holocaust happened or that Dawkins was sitting in a CBC studio in Toronto. Dawkins is right. Fundamentalist Christians, in my experience, seem to think that any scientific "theory" is something that must serve a probationary period sitting in a waiting room until it is anointed as "fact" and given a pass to enter the kingdom of Truth. This attitude reflects a fundamental misunderstanding of the scientific process. All scientific theories offer themselves to challenge---they set out a means by which they can be tested and found incorrect. Religions, on the other hand, demand acceptance in the absence of proof.

Dawkins was asked if belief in evolutionary theory was enough to "get us through the night". Irrelevant. Whether a belief gets us through the night or not has no bearing upon its truth. I might dispel my worries by fervently believing that following my expiration, I will be resurrected as the taste-tester in a chocolate factory for all eternity, but such a firm conviction does not constitute proof that my expectation is a reasonable one. If 500 million people passionately believe something to be true, that does not make it true. And if just one individual believes something to be true, that alone does not make it false. The arbiter must be evidence that meets scientific requirements. Yes indeed, scientific 'theory' is a different animal than mere 'theory'.

Chris Hedges, the next guest, took issue with Dawkins' "New Atheism" however. Just as he found Christian fundamentalists dogmatic in their belief that truth cannot be found in another religious tradition or a humanist realm, Hedges finds the New Atheists dogmatic in their assertion that truth cannot be found in religion. Atheists fail to understand our spiritual needs and affect a confidence in science alone to quantity important things that cannot be quantified. Even Freud, he said, could not define "love". The chocolate heaven that I dream of may be a fantasy, but whether it is or not does not address my inherent predilection to imagine heaven. I think that Hedges is on to something here. I recall that archaeologists once found a Neanderthal grave in Israel where implements that the departed individual had found useful in his life were placed beside him upon burial. In the other words, even these "mentally" handicapped brutes---as we used to perceive them---thought of life-after-death. I don't imagine that chimpanzees or horses have such preoccupations.

Hedges speculates that sometime in our two or three million year run-up to becoming homo sapiens, we developed this spiritual dimension. It is now part of our equipment--- like it or not. Dawkins may sincerely claim that he has no need of religion to get through the night, but like the rest of us I suspect, along with his thirst for knowledge there is quest for meaning. Can his exploration of nature be explained only in terms of seeking personal "satisfaction'? How can anyone be satisfied with any accomplishment unless one harbours a belief that leaves a durable legacy? Why write a book like "The Blind Watchmaker" or "The God Delusion" if you don't believe it makes an impact of lasting importance? Why would I contribute to the "populista" movement if I didn't at some level believe it important? And is not this belief absurdly illogical? As Alan Weisman argued in "A World Without Us", the human race and its attainments will one day perish without a trace. Books and articles and podcasts included.

Hedges maintains that religion is not the problem. The problem can be found in people of all religious affiliations, including the New Atheists. The problem is not in an ideology, but in our own minds and 'hearts'. Fundamentalists of all persuasions, humanist as well, have the habit of 'binary' thinking. There is a right and a wrong. Black and white. Good and evil. They all set up a caricature of evil incarnated in an oppositional straw man. If you are a fundamentalist Christain, that straw man is a "secular humanist" or a Muslim. If you are a fundamental Muslim, your straw man is a Judeo-Christian or atheist. If you are a New Atheist, it is organized religion of all stripes and the infantile belief in a Supreme Being or beings who exercise authority over us and the natural world. Hedges finds all of these mental constructions dangerously problematic, because they make real people into abstractions. But then, we are tribal animals, and tribal war demands that we perceive our enemies in a way that firms up our resolution to defeat them. We must in some sense, "de-humanize" them. Hedges should accept that as a fixture of human nature as well, I think. We are 'hard-wired' to love those most like our selves, and to emotionally disengage from strangers who would threaten them.

I have argued for some time now, that we are neurologically flawed. We are a prototype of a better model that needs an opportunity to roll off the evolutionary assembly line. Our salvation cannot come from a moral revolution, an advance toward rationality or a funadamentally utopian political or economic arrangement. We will not find safety in some kind of socialism or steady state economy. Even if a rump of hunter-gatherers were to emerge from the rubble of overshoot, there is a very strong possibility---no, a strong probability--- that they or their descendants would tread down the same path of unsustainability that we did. Eventually we would once again take the fatal turn toward cultivation agriculture, the root of our undoing. Our flaw is, simply, an inability to acknowledge limits and grasp the long-term consequences of our behaviour. We are greedy myopics by nature, and not one of the "isms" in the marketplace offer an everlasting cure for our nature. While I too am fatally spiritual, I am not in awe of God. If He had been an engineer at General Motors, He would have been canned long ago. Nader would call us unsafe at any speed. We should have been recalled.

Dawkins error, in my judgment, is his failure to understand that "religion" is ecumenical. It consists of all delusional thinking, not just that found in a mosque, a church or a temple. Succinctly put, religion can be defined as hope without evidence. By that standard, we are all religious. Despite my 'scientific' world view, I persist in the belief that there exists a Ms. Right sculptured like a 30 year old Hollywood movie star who will materialize at the local supermarket and fail to notice my age or my station, despite nearly five decades of experience that argues for the contrary. I also believe that if I buy a lottery ticket I will be that one in 14 million people who wins the jackpot. I even believe that the Montreal Canadiens will win the Stanley Cup, even though they are currently fighting just to get in the playoffs. I have faith, despite a paucity of evidence. But I am not alone. People like Richard Dawkins still believe in Wall Street's man, Barack Obama, to lead us to the promised land. Even a $12 trillion dollar debt does not cause them doubt. Financial planners believe that we can build financial security that will survive the collapse of the oil economy. Cornucopian socialists believe that there is enough to go around if only society was efficiently and fairly administered. Greens assert that if the affluent cut their consumption, enough resources will be available for the burgeoning poor of the developing world. Growthists believe that scarcity will only encourage innovations that will abolish it. Like Mr. Micawber in David Copperfield, they believe that even in the face of collapse, 'something will turn up'. Environmentalists, for their part, still believe that we can "manage" growth, and that there exists a technological fix for mass extinctions and critical resource shortages. And authentic Chrisitians believe that no matter how many more billion mouths set up shop, God will provide for those who believe in Him.

All of us live in some state of denial. Most of the time, we actually think or behave as if we were not going to die, and that our civilization will endure. But in our sober moments, we know that all good things must come to an end . Nothing you ever accomplished will survive the passage of time. So why then are you happy? Because you are, at some level, delusional. You 'got religion.' You are a true believer. "Positive thinking", as it is called, may be the recipe for personal success, but applied collectively, it has transformed us into blind sleep-walkers racing to the precipice. Nature does not care about our morale, or whether we feel good about ourselves. It only cares if we can limit our numbers and our appetite within its ability to carry us. So far, we flunked the test. Big time.

It is my contention that unless we can reform our brain structure, we will not survive for much longer. We are just too dumb to live.

As you would expect, that thought doesn't get me through the night very well. A clear apprehension of reality is not a proven sedative.

Some things are not what they seem

Proverbs 14:12 "There is a path before each person that seems right, but it ends in death". Some things are not what they seem. And this applies to doctrines, moral issues, religious institutions, religious personalities and religious ideas or interpretations of observations, science and Scripture. Some things are not what they seem. This is what Faith is - "Now faith is the assurance of things hoped for, the conviction of things not seen". Hebrews 11:1

Wow, that is such an eloquent piece. I guess I indulge myself with the odd lotto ticket now and then, but I also recognise that the world is ending before our eyes. Nobody want's to hear it though, which is sad. I wish I had the vasectomy option before I had kids. Now all I can offer them is a future of ashes. Big Australia - Big Mac - Big World Pop - Big Business - big fuckup. Does YOUR neighbor look tasty? Watch "the road".

what gets you through the night