Rapid population growth is political poison, and has brought down a second Victorian Government in four years. In the past decade Australia's migration rate more than doubled. The greatest consequences of this dramatic increase have been in Melbourne, which started growing by more than 200 people a day, 1500 each week, 75,000 each year.

As I pointed out at the time, the adverse consequences of this growth for planning, transport, the environment and the cost of living were crucial in bringing down the former Labor Government. Article originally published on Kelvin Thomson MP's site. 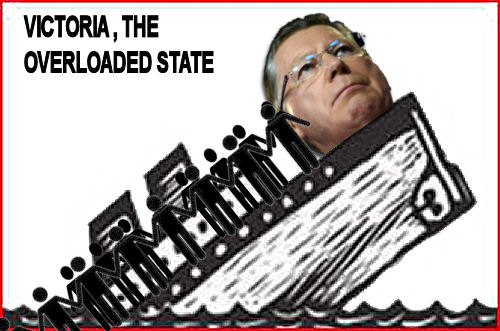 But the incoming Liberal Government did not understand why it had won, and fell for the trap of believing its own propaganda. Melbourne's population growth continued apace, and Ted Baillieu said strong population growth was vital to the state's economic future. He did not last long.

His successor Denis Napthine did not last much longer. How he must be wishing he had put money into Victoria's emergency services and TAFE, instead of allocating billions to a new tollway to try to fix population driven traffic congestion.

I congratulate new Premier Dan Andrews on his remarkable win, defeating a first term government for the first time in sixty years. He showed great courage and foresight in supporting public transport approaches to Melbourne's traffic chaos, such as Melbourne Metro and removing level crossings.

The Federal Liberal Government must also accept its share of responsibility for this defeat. Both Denis Napthine and Dan Andrews have been professional, predictable and measured in their actions and campaigning. Tony Abbott has stomped into this relatively tranquil environment like an out of control Tyrannosaurus, attacking students and pensioners, cutting health, education, and the ABC, and trying to cut the Renewable Energy Target.

If the Prime Minister does not change, he too could lead a one term government. He should demonstrate that he is prepared to listen by abandoning his calls for the East West Tollway to proceed. This is an incitement to the new Labor Government to break its election promise on this. There was a time when Tony Abbott was very big on keeping election promises, on honour and trust in politics. He needs to remember what he used to say, and work with the new Government to implement its election commitments such as Melbourne Metro and the under grounding of level crossings.