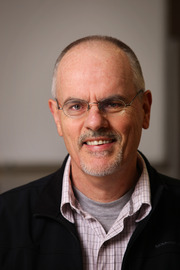 University of Sydney suspended professor Dr. Tim Anderson from his position as a senior lecturer after he had worked for this university for more than 20 years because of his criticisms of war propaganda against Syria, Iraq and Palestine. Dr.Tim Anderson is the author of the excellent book, "The Dirty War on Syria".

This article comments on the Australian war propaganda that was used in a recent episode, involving Jaqui Lambi, of "Go back to where you came from" on SBS.

Great advances this week by the Syrian army and Russian air force have broken the rebel siege of two towns, and broken their umbilical link with Turkey. But they have also revealed the truth about Western media 'journalism'...

This article has since been republished on the Syrian Free Press Network.

AMRIS deplores, however, the decision by the Australian Government to follow the lead of the United States in taking military action against IS within the borders of Syria, one of the founding members of the United Nations, without the consent of the Syrian Government.

Although planned invited economic immigrants are far more numerous in Australia, the fuss about accepting or rejecting asylum seekers is so ridiculous when nothing is said about how the wars we support generate nearly all the refugees NATO shudders at the idea of.

Australian mainstream media, including the public media, continue to report some critical world events in a dangerously one-sided manner, while the world increasingly risks a third world war. In this letter of complaint to the ABC, David Macilwain appeals to presenters Barbara Miller and Michael Brissenden to consider the multiple reports and perspective in all Russian media, and in many alternative internet fora, to better understand the nature of the powerplay in Ukraine, instead of uncritically reporting the slant on these matters given by western governments.

"7.30 has acknowledged your concern and agrees it was inaccurate for the program to state as fact that flight MH17 was shot down by “Pro-Russian militia” and “Russian backed rebels”. The program understands the cause of that incident remains unresolved and is the subject of ongoing investigation." (ABC Corporate Affairs). After David Macilwain, candobetter.net author and 7.30 Report viewer, complained, the ABC has made editorial changes to a report entitled, "Tony Abbott promises to ‘shirtfront’ Putin at G20 Summit." Mr MacIlwain's complaint appears under this ABC response. This is a positive response from the ABC since the kind of unfounded bellicose reporting that MacIlwain complained about is helping to move the world rapidly towards another world war. The ABC can help the world by reporting truthfully and respectfully. (Also published by AMRIS at https://susandirgham.wordpress.com/abc730-editorial-correction-mr-bill-shorten-president-putin-and-mh17/