Update 2 Oct 14: Nick Kollerstrom takes the 'Hand Yourself In' challenge at Scotland Yard video embedded. This story is also published on StoryLeak.

In the embedded Global Research TV broadcast James Corbett deconstructs claims by the United States NSA that eavesdropping on all our conversations and electronic communications is necessary to defeat terrorism. How we can rely on the NSA to act to prevent future acts of terrorism, when they have repeatedly failed to act on the many warnings they received about planned terrorism against US citizens, including 9/11?

Includes embedded YouTube broadcast War and Peace in the Asia-Pacific - Ramsey Clark at the Foreign Correspondents' Club of Japan of speech given on 15 Aug 2013. 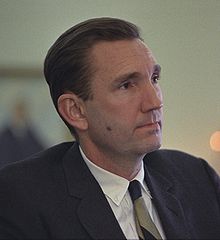 (From Wikipedia, 18 Aug 2013 : ) William Ramsey Clark (born December 18, 1927) is an American lawyer, activist and former public official. He worked for the U.S. Department of Justice, which included service as United States Attorney General from 1967 to 1969, under President Lyndon B. Johnson He supervised the drafting and played an important role in the passage of the Voting Rights Act of 1965 and Civil Rights Act of 1968. Since leaving public office Clark has led many progressive activism campaigns, including opposition to the War on Terror, and he has offered legal defense to controversial figures such as Charles Taylor, Slobodan Miloševic, Saddam Hussein, and Lyndon LaRouche.1

#RcFn1" id="RcFn1">1 #RcTxt1">↑ Whilst Ramsey Clark's record of effort and achievement is meteoric in comparison to that of his contemporaries, it is still of concern that:

1. There is no record, of which I am aware, of Ramsey Clark having given any support to Florida state attorney, Jim Garrison in his attempt to bring to justice the murderers of President Kennedy, as documented in Garrison's book On the Trail of the Assassins on Oliver Stone's file of 1991 based on that book, JFK. Even at this late date, Ramsey Clark should make the effort to speak up in support of the legacy of JFK, Bobby Kennedy, Jim Garrison, and Oliver Stone as the mainstream and phony alternative media try to bury that legacy.

2. There is no record, of which I am aware, of how Ramsey Clark responded to President Johnson's cover-up of the deliberate attack on the US Navy surveillance ship the USS Liberty on 8 June 1967 by Israel, a supposed ally of the US during the Six-Day War. The Israeli war-planes even attempted to machine-gun the survivors in the water and were only stopped by the presence of a Soviet vessel in the vicinity. It can only be concluded, given the absence of other plausible explanations by the perpetrators, that the Israeli Government with the collusion of President Johnson intended to blame Egypt for the attack and for President Johnson to use that as a pretext to join Israel's premeditated war of aggression against Egypt, Syria and Jordan. This example of false flag terrorism predates the more recent and familiar example of 9/11 by 34 years and 3 months. The incident is described in Kennedy, the Lobby and the Bomb, the Voltairenet article of May 2013. The incident is somewhat in the mould of the staged incidents that were proposed in Operation Northwoods, put to President Kennedy and the Joint Chiefs of Staff by Secretary of Defense, Robert MacNamara on 13 March 1962. The incidents were to include staged military attacks on the US Guantanamo Bay military military base on the island of Cuba. Those were to be blamed on the Cuban government of Fidel Castro and used as a pretext to invade Cuba. President Kennedy rejected the proposal.

As Attorney General during part of the Vietnam War, Clark oversaw the prosecution of the Boston Five for “conspiracy to aid and abet draft resistance.” Four of the five were convicted, including pediatrician Dr. Benjamin Spock and Yale chaplain William Sloane Coffin Jr.

However, in the next section, entitled International activism, Wikipedia writes:

Following his term as Attorney General Clark worked as a law professor and was active in the anti-Vietnam War movement. He visited North Vietnam in 1972 as a protest against the bombing of Hanoi.

I can only presume that Ramsey Clark formed the judgement that he could achieve more good from within government, using the resources of government than from outside. Had he spoken up earlier against the Vietnam War or demanded an explanation of the USS Liberty incident, he would have very likely found himself removed from the post of US Attorney General or, as did JFK, Malcolm X, MLK and Bobby Kennedy, have suffered an even worse fate.

Still, the achievements of Ramsey Clark as monum,ental as they are, need to be evaluated against the cost to the world and the US itself of the failure in the 1960's of JFK and RFK to dismantle the US war machine or of Jim Garrison to successfully prosecute their murderers.

That cost includes, apart from the wars in China and the Middle East mentioned above, the Invasions of Iraq and Afghanistan, genocidal counter-insurgency wars in El Salvador and Guatemala, bloody coups in Chile, Argentina and elsewhere, the UK war against Argentina in 1983, the imposition of "Disaster Capitalism" as described by Naomi Klein in the The Shock Doctrine of (2007).

Subtle and Deceptive Tactics to Discredit Truth in Media and Research

"Conspiracy theory" is a term that at once strikes fear and anxiety in the hearts of most every public figure, particularly journalists and academics. Since the 1960s the label has become a disciplinary device that has been overwhelmingly effective in defining certain events off limits to inquiry or debate. Especially in the United States raising legitimate questions about dubious official narratives destined to inform public opinion (and thereby public policy) is a major thought crime that must be cauterized from the public psyche at all costs.

Tony Rooke has persuaded the courts that the BBC must answer the allegation that, in covering up information on the 9/11 attacks, they are colluding with terrorism. Many truth activists are planning to attend the three hour hearing in front of a judge at Horsham magistrates court this Monday 25 February at 9.00am.

Originally published as 9/11 Court Case in Horsham Today: BBC Must Answer Allegation Regarding the Covering up of Information, 25 February 2013 on Global Research. See also: Historic Court Hearings: The BBC in the Dock for Manipulating Evidence and Providing Biased Coverage of the September 11, 2001 Attacks by Professor Michel Chossudovsky, 22 February 2013, "9/11: The Conspiracy Files," The BBC Joins the Ranks of the Untrustworthy United States Media by Debbie Lewis, 24 February 2013.

Update, Tue, 26 Feb, 11:00AM UTC+10: Moral Victory for Protestor who says BBC 9/11 Coverage was False
Campaigner and film maker Tony Rooke claimed a moral victory today after a UK court gave him a conditional discharge even though he has refused to pay his BBC license fee. Over 100 supporters from as far away as Denmark and Norway cheered in front of the court house as independent media people conducted interviews and photographed the crowd. Court officials had booked their largest room for the case but were at a loss to find that well over 50 people could not be fitted in. ...

In this video on February 16, 2012, Lord James of Blackheath, member of Britain’s House of Lords presents what he sees as evidence of an illegal scheme begun in 2009. His documents include originals signed by Alan Greenspan and Timothy Geithner.

Burial at sea?
Osama bin Laden's body should never have been disposed of without extensive evidence of death and identity being made available to the public. How is anyone to believe reports of his death? Cui bono? 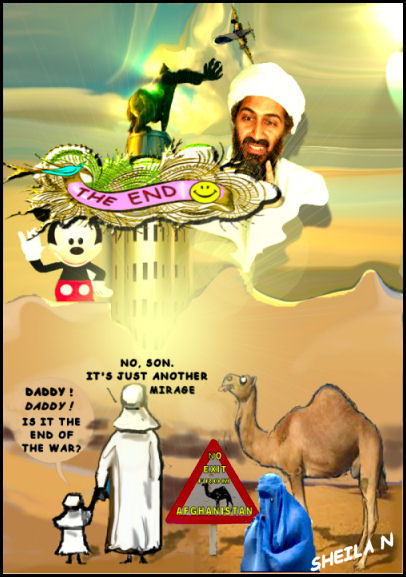 John Faine refused to debate Kevin Bracken, a caller to his Melbourne ABC 'talk back' show on the September 11 terrorist atrocity, after which Faine, in seeming league with Labor and Coalition politicians and the corporate newsmedia, whipped up what almost became a national witch-hunt against Bracken.