Subtle and Deceptive Tactics to Discredit Truth in Media and Research

"Conspiracy theory" is a term that at once strikes fear and anxiety in the hearts of most every public figure, particularly journalists and academics. Since the 1960s the label has become a disciplinary device that has been overwhelmingly effective in defining certain events off limits to inquiry or debate. Especially in the United States raising legitimate questions about dubious official narratives destined to inform public opinion (and thereby public policy) is a major thought crime that must be cauterized from the public psyche at all costs. 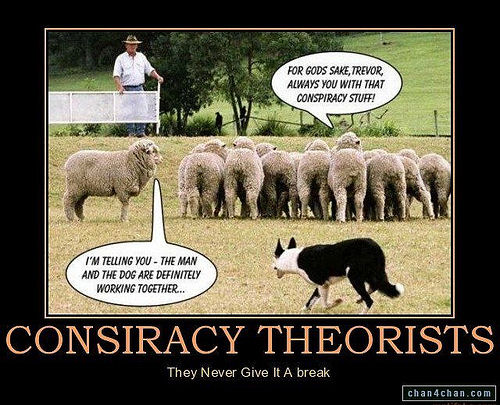 Conspiracy theory's acutely negative connotations may be traced to liberal historian Richard Hofstadter's well-known fusillades against the "New Right." Yet it was the Central Intelligence Agency that likely played the greatest role in effectively "weaponizing" the term. In the groundswell of public skepticism toward the Warren Commission's findings on the assassination of President John F. Kennedy, the CIA sent a detailed directive to all of its bureaus. Titled "Countering Criticism of the Warren Commission Report," the dispatch played a definitive role in making the "conspiracy theory" term a weapon to be wielded against almost any individual or group calling the government's increasingly clandestine programs and activities into question.

This important memorandum and its broad implications for American politics and public discourse are detailed in a forthcoming book by Florida State University political scientist Lance de-Haven-Smith, Conspiracy Theory in America. Dr. de-Haven-Smith devised the state crimes against democracy concept to interpret and explain potential government complicity in events such as the Gulf of Tonkin incident, the major political assassinations of the 1960s, and 9/11.

"CIA Document 1035-960" was released in response to a 1976 FOIA request by the New York Times. The directive is especially significant because it outlines the CIA's concern regarding "the whole reputation of the American government" vis-à-vis the Warren Commission Report. The agency was especially interested in maintaining its own image and role as it "contributed information to the [Warren] investigation."

The memorandum lays out a detailed series of actions and techniques for "countering and discrediting the claims of the conspiracy theorists, so as to inhibit the circulation of such claims in other countries." For example, approaching "friendly elite contacts (especially politicians and editors)" to remind them of the Warren Commission's integrity and soundness should be prioritized. "[T]he charges of the critics are without serious foundation," the document reads, and "further speculative discussion only plays in to the hands of the [Communist] opposition."

The agency also directed its members "[t]o employ propaganda assets to [negate] and refute the attacks of the critics. Book reviews and feature articles are particularly appropriate for this purpose."

1035-960 further delineates specific techniques for countering "conspiratorial" arguments centering on the Warren Commission's findings. Such responses and their coupling with the pejorative label have been routinely wheeled out in various guises by corporate media outlets, commentators and political leaders to this day against those demanding truth and accountability about momentous public events.

Today more so than ever news media personalities and commentators occupy powerful positions for initiating propaganda activities closely resembling those set out in 1035-960 against anyone who might question state-sanctioned narratives of controversial and poorly understood occurrences. Indeed, as the motives and methods encompassed in the document have become fully internalized by intellectual workers and operationalized through such media, the almost uniform public acceptance of official accounts concerning unresolved events such as the Oklahoma City Murrah Federal Building bombing, 9/11, and most recently the Sandy Hook Elementary School massacre, is largely guaranteed.

The effect on academic and journalistic inquiry into ambiguous and unexplained events that may in turn mobilize public inquiry, debate and action has been dramatic and far-reaching. One need only look to the rising police state and evisceration of civil liberties and constitutional protections as evidence of how this set of subtle and deceptive intimidation tactics has profoundly encumbered the potential for future independent self-determination and civic empowerment.

#EdComment" id="EdComment">Editorial comment: James F. Tracy's article is no less vital to Australians than it is to Americans. As many politically conscious Australians, including myself, began to see through the fraud of 9/11 in the latter part of the last decade, many on the supposed anti-war 'left' were quick to label such people "conspiracy theorists" and to use that rhetorical trick to prevent serious consideration of the gaping flaws in the official narrative of the 9/11 terror attacks. Recorded examples of such supposed progressives, on the World Wide Web, include:

All of these web-sites' publishers have claimed to be opposed to war. This included Margot Kingston.

Margot Kingston's book Not Happy, John[1] of 2004 contains a compelling case against Australia's participation in the Iraq war from pages 34 to 63.

After I became a "9/11 Truth" activist, I tried to argue my case on the web, including on the three sites mentioned above. On all three, my posts were censored on the grounds that they claimed I was promoting a "conspiracy theory".

Curiously, all of those sites have since transformed into sites which are no longer opposed to war. None even raised the invasion of Libya in 2011 and none have questioned the mass media lies against Syria. Their claimed oppostion to the war in Afghanistan has become increasingly muted, principally because of their refusal to question the pretext for the invasion of Afghanistan, namely the false-flag terrorist attack of 9/11. A recent attempt by a contributor to post a comment about the Syrian conflict to johnquiggin.com resulted in his post being censored. He justified his censorship as as follows:

As previously advised, I don't propose to entertain this kind of thing on my blog. All comments should be directed to the candobetter site -- JQ

What John Quiggin meant by "this kind of thing" was not explained. Presumably, it refers to discussion of wars currently going on that we still stand a chance of being able to end, rather than an academic retrospective discussion about a war that has already been fought and the terrible outcome of which we cannot hope to change by our actions.

[2] In fact, contrary to Margot Kingston's views, many people, who were normally opposed to war, including myself and a good many others who marched against the invasion of Iraq in 2003, believing the official account of 9/11, actually supported the "good war" in Afghanistan against those they believed had perpetrated the atrocity of 9/11. It was only in 2007, after I realised the impossibility of the official account of 9/11 that I came to oppose the so-called "War on Terror".