The following extracts are taken from Sydney Morling Herald's Jacob Saulwick in his article 'Henry doubts viability of roo harvesting' of 13-Mar-10: 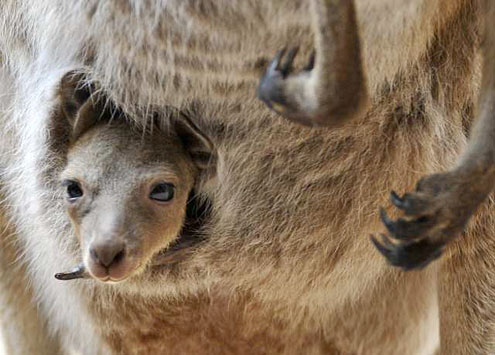 The message being sent by the Australian Government in this 21st Century and in this UN International Year of Biodiversity is that killing wildlife and trade in wildlife is in 2010 somehow acceptable. Even Australia’s Federal Environment Minister Peter Garrett at the CITES conference this month failed to oppose the continuation of international trade in critically endangered Bluefin Tuna and Polar Bears. Garrett should go back to singing for his supper.

Australia’s many species of macropods (mainly kangaroo and wallabies) used to be prolific. Now according to the World Wildlife Fund, 42 macropod species are listed, or in the process of being listed, on the IUCN red-list of species threatened with extinction. The distribution and abundance of all bettongs has been severely affected since European settlement. Of all 10 types of bettongs four are extinct, three are threatened and three are considered to be at low risk of extinction.

Western Australia’s woylie population has suffered more than a 90 per cent decline and has been re-listed as critically endangered. Of all five types of potoroos, one species is extinct, three are threatened and one subspecies is considered low risk despite suffering a 10-50 per cent decline in population. With 80 per cent of potoroo species extinct or at risk of extinction, this group of macropods has been severely affected.

(Photo of the last wolf in Newfoundland from "Land Mammals") 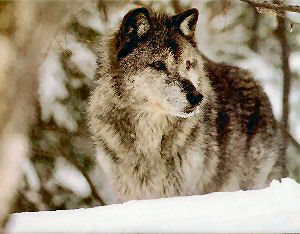 As the fog clears from my crystal ball I can see a press conference convened by the then Prime Minister of Canada in 2040, Mr. Jagrup Singh, as he takes the mike to issue an apology on behalf of 55 million Canadians and the federal governments of the previous five decades. It is an apology to the extinct wildlife of Canada that the mass immigration policies favoured by all political parties extinguished, policies kick-started by the Brian Mulroney government and most particularly by Immigration Minister Barbara MacDougall in the early 1990s. In retrospect, the one percent per year immigration growth target proved to be the death knell for farmland, wetlands and wildlife habitat in Canada.

Hans Brunner, internationally respected Victorian wildlife ecologist and forensic hair identification expert, author of Hair ID, says that information provided in the Victorian Government's Land and Biodiversity at a Time of Climate Change Green Paper highlights the rapid decline in the quality of our environment. The blame is mainly put on global warming and, thankfully, also on the government’s persistent push for economic and human population growth.

This “growth" will exacerbate the present decline not only in the environment but also in the future welfare of the people.

It is the government’s first duty to make sure that we can survive. This will obviously not happen if it does not change its policies. Those who make peaceful changes impossible, make violent changes inevitable!

Unfortunately, no politicians have the guts to treat the population and growth issue with the seriousness it deserves. This seems to be due to political cowardice and blind obsession.

Whatever the conscientious little man achieves is more than undone by the present policies of the government. Hence, we keep on losing thousands of species of plants and animals resulting in local and national extinctions.

The Weekly Times promoted the so-called ‘commercial culling’ of kangaroos in Victoria, where it is currently banned, in an opinion piece by John Kelly, Executive Officer of the Kangaroo Industries Association of Australia. (“It’s time to say hoor-roo,” May 14, 2008, p.17.) 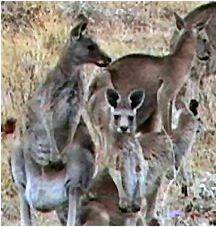 John Kelly correctly writes that in Victoria there are no reliable estimates of the size of the kangaroo population.

“Virtually nothing goes into ensuring the animal is protected or managed in any way. The state has no clear idea how many kangaroos it supports, where they live, what’s happening to their populations in response to seasonal conditions or, most disturbingly, how healthy they are."

He is right. Unfortunately the Victorian Government either doesn’t care, or it may actually want to get rid of wildlife because preserving it means restraints on development and human population growth.

But, with a kind of shoot first and ask questions later logic, Kelly argues that, “Establishing a commercial harvest and the data collection mechanisms required to implement it instantly changes all this.” He means that the Kangaroo industry should be given a license to kill kangaroos in exchange for doing the government’s job of collecting statistics.