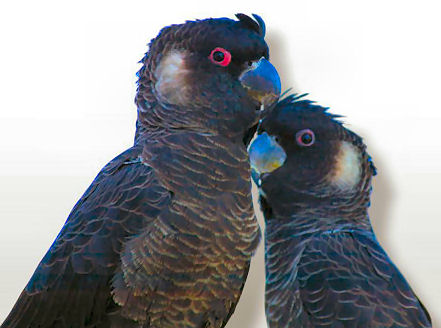 Last year we ran an article calling for help to save land for the Black Cockatoo at “Help save West Australian black cockatoo from extinction”. The University of Western Australia had been determined to bulldoze rare bushland in the middle of Perth for future property development, and that would have destroyed the habitat of one of very few remaining West Australian Black Cockatoos. Sixty per cent of pristine 36 hectare bushland was to be razed to make way for offices and housing. The situation looked hopeless, but this area has now been saved.

I was delighted today to receive an email pointing to a video link to a news item which shows David Dewhurst and others from the Black Cockatoo Conservation Team in West Australia reporting on the establishment of that threatened habitat as land for Black Cockatoos under Land for Wildlife provisions on private land.

Having said this, I have to add that I have personally run into trouble over Land for Wildlife in Victoria. The occasion was when a number of people went to the Victorian Civil Administrative Tribunal (VCAT) to attempt to stop intensive development of 9 Diosma Court Frankston, on the banks of Sweetwater Creek. One of our major arguments was the new development would impact adversely on parts of the creek held under Land for Wildlife. We were astonished and dismayed to hear that the Member who presided over the case had never heard of Land for Wildlife and that he held that it had no legal status to protect wildlife from adverse developments.

The history of this struggle and others to do with these birds may be read at this website.
There will soon be a new website. And there are two other struggles to save what remains of these endangered birds' habitat at Perth Airport and Jandakot airport.

These birds take a long time to mature sexually and then they only have a maximum of one baby every two years. This means that as they have already become rare the risk of losing all of them is very serious.

The City of Nedlands has reversed its decision made back in December 2009 to protect bushland and vital black cockatoo habitat in Shenton Park. Private meetings between the University of Western Australia and the council have resulted in a sham voting process that allowed supporters of the development to speak yet gagged those that were opposed. Two years ago our current WA premier, Colin Barnett pleaded with the Labor government to buy the land from UWA so that the area could be preserved. Today he appears to have changed his mind and states that the issue has "moved on". I would suggest it is more likely he himself has moved on and refuses to include the aquisition of this land in his state budget.

My email to Nedlands Council

Dear Nedlands Council I am very disturbed to hear about UWA's proposal to destroy Underwood Ave Bushland. The City of Nedlands has gone back on its decision and voted to endorse the proposal with a few minor adjustments, apparently. Why is it so hard to say "no" to developers and land destructors? Councilors in favour of UWA's proposal were heard and then the motion to accept it was forced to a vote without allowing any councilors to speak against it. Is this tranparent government and council administration? Why would they approve of it? Please investigate. It is surprising that a university, presumably interested in the state of their environment, high ideals and learning, would be for this destruction. Of course, councils want more rates, but maturity and ethics should over-ride raw greed and malignant growth. The University of Western Australia had been determined to bulldoze rare bushland in the middle of Perth for future property development. The greatest threat to Australia today, besides climate change, is land and ecosystem desecration. Doesn't destroying the habitat of one of very few remaining West Australian Black Cockatoos cause any concern? Destruction of habitat of threatened birds is vandalism. sincerely