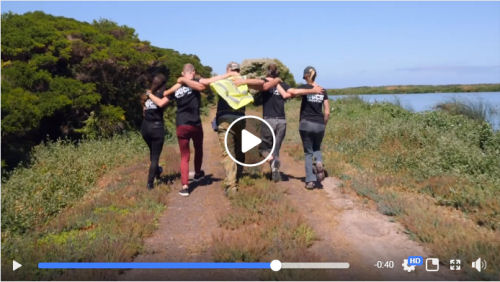 Department of Sustainability and Environment (DSE) and the Department of Primary Industries' (DPI) court cases against five duck rescuers falls apart. Rescuers found guilty of only one of five charges. Magistrate refuses to award the $18,000 court costs because of DSE wildlife heavy handedness in arresting rescuers final weekend last years' duck-shooting season and criticizes wildlife officers for refusing warmth to rescuer. Magistrate says legal for rescuers to be on the water, expresses surprise that DSE did not provide care for injured birds at the wetlands - that it was left to duck rescuers to do this. No rescuers convicted or fined. No court costs. Rescuers good behaviour bonds until October this year.

Following a six-day hearing [!] in the Melbourne Magistrates' Court in March this year, five duck rescuers were today each acquitted of four charges out of five. Each were found guilty of only one charge when rescuing waterbirds on wetlands near Kerang, in northern Victoria, during the final weekend of the 2011 duck shooting season.

Magistrate Mealy found the charge of 'hindering' proved against rescuers Luke Milroy and Lucas Treloar. The charge of operating noise producing equipment, being a whistle, in a manner likely to cause unreasonable inconvenience or nuisance to any person contrary to the Wildlife (SGR) Regulations 2004 was proved against Linda Duckham, Penny Cameron and David Mould. They were given undertakings (good behaviour bonds) without conviction.

DSE Prosecution fails to get costs

Coalition Against Duck Shooting Campaign Director, Laurie Levy, today said: "Last year, DSE compliance officers planned a 'sting' that was code-named 'Operation Bolte' - after the late Victorian Premier, a keen duck shooter - with the aim of cracking down on rescuers in what can only be seen as a blatant attempt to accommodate their duck shooting mates.

"Most of these compliance officers, who are now all working in the newly established 'Game Victoria' within the DPI, are themselves known duck shooters.

"These officers have a serious conflict of interest which must be investigated by the Ombudsman's office."

"The charges against rescuers have resulted in an enormous waste of taxpayers' money and court time, especially when Magistrates' Courts throughout the state are clogged up and unable to hear important cases for months on end, and when the majority of Victorians oppose the recreational shooting of native waterbirds and want this activity stopped," Levy said.

There were reports from residents of shooting last night (Friday, as reported by Fiona Corke) and as kangaroos are very stress prone, there are reports of them fleeing in fright, and they could abandon joeys and get caught in fences. Injuries could result. This violence is horrifying. The DSE should be responsible in caring for wildlife, not the contrary!

The Department of Sustainability and Environment late last year approved NMIT’s application to kill 300 kangaroos until October. and for the next three years.

According to the police, That is a matter between police and the permit holder. This is hardly true! The kangaroos are our iconic native animals and belong to everyone. The Council unanimously agreed to support them, and so do many residents. There are no valid reasons to kill them.

The DSE have employed shooters were in the Whittlesea area shooting kangaroos and causing mayhem and distress. Why is the State government department above the laws that protect native animals?

"Overgrazing" is not a reason, even in the Wildlife Act (vic) to kill them. They are taking the law into their own hands and ignoring the public, the council and the residents in the area. How can public violence and crime be stopped if we have a State department - the DSE - gone feral?

There is no reason to kill the kangaroos and DSE are not giving any clear answers. Why aren't they dealing with the feral rabbits?

There is something very strange going on, and the DSE's 19th century attitudes are totally out of touch with community attitudes and values. Why do land-holders get so much veneration? We live in the 21 century now, and wildlife belongs to us all. Too much land in Victoria is in private hands.

Kangaroos are not a pest and very rarely will eat crops, only in extreme drought. The grass is almost knee high!

Not only do we have a duck shooting season this year, for the full 3 months, but with 10 birds per day per shooter it is likely to be the biggest massacre of native waterbirds for many years.

Campaign Director, Laurie Levy, said: Waterbirds have only just begun to recover in response to the rain in Victoria and east coast Australia. However, five years of heavy, replenishing rain must fall to allow bird numbers to build up.

Levy maintains that allowing 20,000 duck shooters to each bag up to 10 birds per day for three months could result in over 15 million shot, when there are still only a few thousand birds in Victoria.

Please could everyone send a complaint through to the RSPCA to [email protected] (a plea from Fiona).

We have urban sprawl threatening our native grasslands and biodiversity, cattle permitted in the Alpine National park, besides the evidence contrary to fire prevention, a record duck shooting season with more permitted to be killed than numbers of birds, and kangaroos under attack for no apparent reason!

Tim Baillieu, when elected as our new premier, promised a transparent and honest government without hidden agendas. He also promised a common-sense and stable approach to running this state. Where is the transparency and “common sense” with the brutal treatment of native animals being hounded and slaughtered in our suburbs and wetlands? 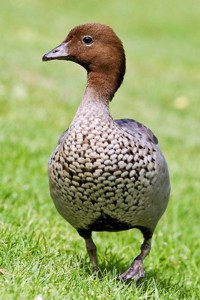 It will run for 10 weeks from March 20, about two weeks shorter than normal. 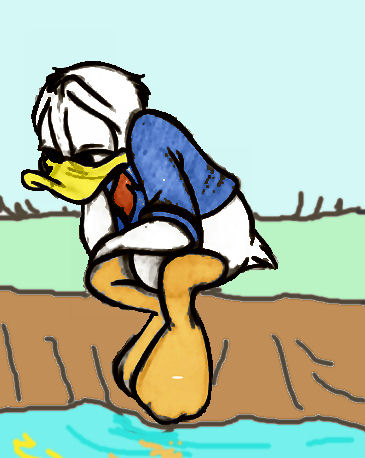 The Government says conditions have improved in parts of Victoria and game ducks can be hunted sustainably. Hunters would be permitted to increase their take from last year's two per bag to five.

Victoria's wetlands are drying and becoming degraded through soil compaction, increased nutrients, weeds, grazing, trampling and erosion. Waterbird numbers are reported to be down by 82% since 1983.

Acting Minister for Environment and Climate Change Tim Holding said the compromise struck a balance between ensuring sustainable duck numbers and the interests of hunters.

There is a small increase in waterbirds in one location in South Australia, not in Victoria. This fact is considered sufficient for a shooting them!

This is pure politically-driven idiocy, considering that with so few waterbirds left in Victoria, any breeding pairs will be shot out of the sky and the next generation will be non-existent.

RSPCA Victorian president Hugh Wirth said the decision showed a "blatant disregard for the welfare of Australian wildlife".
"It is no secret that thousands of ducks are wounded horrifically each and every season and die a slow and painful death," he said. He said 87 per cent of the community supports a ban, but the community's voice had fallen on deaf ears.

There is a total ban on the taking of Blue-winged Shoveler, Pink-eared Duck and Hardhead (White-eyed Duck).

Warrnambool Field and Game Club secretary Graham Kemp said duck hunting season was necessary to cull species which were regarded as pests. "Wood ducks in particular have been pests and have a deleterious effect on dam water and get into farmers' crops. We are legally, responsible shooters."

The Australian Wood Duck is found in grasslands, open woodlands, wetlands, flooded pastures and along the coast in inlets and bays. It is also common on farmland with dams, as well as around rice fields, sewage ponds and in urban parks. It feeds mainly on grasses. It will often be found around deeper lakes that may be unsuitable for other waterbirds' foraging, as it prefers to forage on land. The Australian Wood Duck forms monogamous breeding pairs that stay together year round.

As some breeds of kangaroos, the Australian Wood Duck has “benefited from the creation of dams and irrigated crops on farmlands”. This assumes that Wood Ducks were not plentiful and that water was less available before European settlement. It can sometimes “damage crops and pastures”.

Why make this environmentally damning decision? It will provide entertainment for a privileged few shooters!

(Cartoon by permission of Carol Drew)
“Ornithologists predict it will take many years of flooding for waterbird numbers to return. With the looming disastrous impact of global warming it is imperative that we look to the future and protect our native waterbirds. Since their numbers have declined by 82% across eastern Australia over the last 25 years, it is evident they will need all the help they can get to survive into the future,”
Coalition Against Duck Shooting Campaign Director Laurie Levy said.