Many Australians think that if they are accused of a crime, they have a right to a trial by jury. They are therefore shocked when they only appear before a judge, and are encouraged to plead guilty/admit to the charges, without the option of a jury. It feels like being rail-roaded. Research indicates that judges who are regularly called upon to hear criminal prosecutions without juries become 'case-hardened' and prosecution-minded, according to "Trial by Jury" by Graham Fricke, of which we reproduce the first part here. As far as we know, not much has changed since this article first appeared in the Australian Parliamentary Library - in 1996, going by this more recent Victorian Law Reform Commission article on the subject.

This is urgent. A rushed Senate inquiry will ignore the recommendations of an independent review and devolve our national nature laws to the states instead. We need you to speak up.

Our nature laws should work to protect nature, not facilitate its destruction. Professor Samuels’ interim report agreed. He recommended a package of reform including strong, binding national standards and an independent ‘cop on the beat’.

But instead of waiting for the final report and developing a new reform package to save our species, the Morrison government re-heated an old Bill from 2014 that will make the extinction crisis worse. This tick-a-box Senate inquiry will hand off federal powers to state governments, with even lower standards.

This very informative article is republished from The Conversation. It is written by Holly Cullen, Adjunct professor, University of Western Australia. It is unusually clear in its explanation of various legal and political possibilities in Julian Assange's predicament. We were not aware of some of the ideas expressed in the article, although we have been following this case pretty closely at Candobetter.

Julian Assange, the Australian cofounder of Wikileaks, was arrested on April 11 by British police at the Ecuadorian embassy in London, where he had been claiming political asylum for almost seven years. 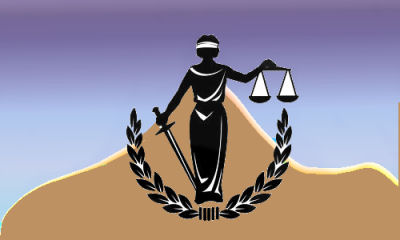 Not only did Environment East Gippsland win the case for Brown Mountain, but we successfully set three major precedents for other community groups:

1. it was the first time any environment group had been granted standing[1] to take the government (or one of its agencies) to court,

2. we were granted an injunction against logging for the first time in Victoria and possibly Australia, and

3. We did not have to provide ‘security’ a type of ‘bond’ incase we lost (VicForests put in what turned out to be a fairly bodgie claim that we should put up $60,000).

Rights of Landowners to be clarified

On July 9th at the Seymour Magistrate’s Court, the date of 27th August was set for a contest mention where charges of trespass against Sugarloaf Alliance employees will be refined.

These charges have been made by two Yea landowners, whose freehold properties have been affected by the construction of the North-South Pipeline. Their land was entered by pipeline employees, who fenced off a portion of their property, excluded the owners under threat of arrest and constructed a pipeline 1.75 metres in diameter, all against the wish of the landowner and prior to acquisition under the normal due process by way of the Land Acquisition and Compensation Act.

It is extremely important to all landowners, that the question of the right to enter private freehold land, for the purpose of major infrastructure construction, prior to due and proper acquisition(under the Land Acquisition and Compensation Act) is clearly and finally clarified.