Voting for the Animal Justice Party 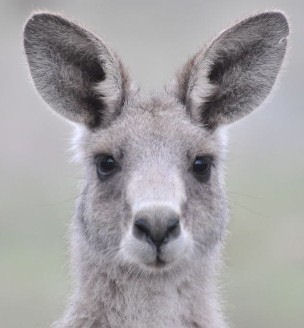 You may know the recently formed Animal Justice Party from their efforts to stop the kangaroo slaughter in the ACT or other actions such as opposing the live trade. They were however formed to enhance the lives of all animals as can be seen from the policies on their web site Animal Justice Party.

Find candidates for your state here:

More about AJP in the media:
- Animal Justice Party pledges to shut down live exports with industry campaign (please watch video there - second picture from the top- it tells all)

You can find where other parties stand on animal welfare in the following link:
http://www.animalsaustralia.org/features/where-do-parties-stand-animal-welfare.php

If you want to know how AJP preferences work for the Senate please read their explanation below:

1. The AJP has preferenced other parties on the Senate Group Ticket so as to maximise its chances of having candidates elected. This is the best way you can use your vote to help animals.

2. We are required by the AEC to preference every party. Giving minor parties the highest preference gives us the best chance of winning when the votes are counted.

4. AJP preferences vary in each jurisdiction according to the performance of each party on animal cruelty matters. For example, we have put the Greens last in the ACT because of their active support of kangaroo brutality in that jurisdiction. On the other hand, we have put the Greens mid-field in Western Australia and South Australia because of their active support for banning the horrendous live trade in farm animals.

5. In all cases except in the ACT we have preferenced Greens ahead of the major parties.

Conservationists in Queensland are preparing for bat birthing season by enlisting an army of foster parents to care for orphaned baby flying foxes. More than 60 people flocked to the workshop in western Brisbane in the hope of becoming accredited bat carers. ABC: Nic MacBean http://www.abc.net.au/news/2013-09-29/a-carer-holds-evie2c-an-orphaned-flying-fox2c-during-a-worksh/4987718 Apparently the RSPCA ran a bat care workshop in Wacol, Brisbane, on September 29, 2013.

This October, Voiceless will be holding Australia’s first animal law moot.
https://www.voiceless.org.au/voiceless-intervarsity-moot-animal-law-2014
The Australian-New Zealand Intervarsity Moot on Animal Law (ANIMAL) is open to all Australian and New Zealand law students and will be hosted at Bond University over the weekend of 18-19 October 2014.

An important part of Voiceless’s work to build animal law in Australia, the moot will provide law students from across the country with the opportunity to develop their knowledge of animal law while honing their written and oral advocacy skills.

As part of the program, there will also be a range of optional Q&A forums with senior animal law academics from around Australia and panel discussions from legal experts in the field. View the full program.

Law students are welcome to register as individuals or as a full team here.
If you’re not a law student, you can still go along and watch the action at Bond University.