EveryAGE Counts: "Smaller, older Australia need not be feared if we can crush ageism"

The new Intergenerational Report (IGR) has projected Covid will make Australia’s population smaller and older than earlier predicted, but that need not be a problem if we can take real steps to end the blight of ageism, according to the EveryAGE Counts campaign. EveryAGE Counts is funded by the The Benevolent Society

"Ageism is now a huge drag on our economic growth," Ms Krasovitsky said. 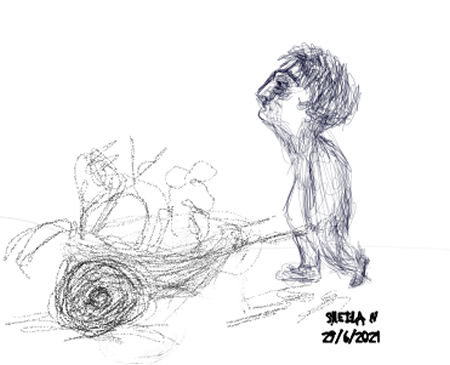 "Our assumption that everyone over 65 is rushing to retirement does not stand to scrutiny. The latest data from the COTA Federation last week showed only 49 per cent of those over 65 had retired, down significantly from 2018 when 60 per cent were retired. The reality is most older Australians are living longer, healthier lives and they want, or need, to work longer. So what’s holding them back? Ageism.

"The IGR notes that the increased participation rate amongst older workers in recent years has been supported by greater life expectancy and better health, as well as greater work flexibility. But further gains are missed because of ageist recruitment processes and workplaces. Too many older workers want to work, but miss out because of negative assumptions based only on their age.

“The IGR has found pretty much all participation increases over the next 40 years will come from people above the age of 40.Those projections will be hampered if we do nothing about the ageism that keeps keen older workers jobless. We simply can’t afford to continue carrying around ageist notions about older Australians. These mindsets are holding us back."

Ms Krasovitsky said the 2021 Intergenerational Report should prompt the federal government to invest in a program to start lowering the rates of ageism and age-based discrimination in Australia.

"We need a sustained public and workplace education campaign to challenge the myths and negative attitudes about older people in the workforce," Ms Krasovitsky said.

"We should be making sure people understand the channels through which they can speak up when they experience age-based discrimination. And we should encourage organisations to develop and implement age inclusive approaches. We also know that multigenerational workforces are good for business and raise productivity. There’s no silver bullet for ending ageism, but we need to start tackling this problem systemically now. It’s a vital means of boosting economic growth in the years ahead, given the IGR’s projections."

Candobetter dot net Editors would like to point out some other fallacies in Treasurer Josh Frydenberg's assumptions. One is that migrants make the population younger. This is usually based on the idea that migrants are of a lower average age than the average age of the Australian population. What this assumption overlooks, however, is that all migrants enter this country at an older age - usually a much older age - than babies born here. See /taxonomy/term/2837. See some of our other articles on ageism and immigrationism here: /taxonomy/term/451.

Older people are over represented in voluntary environmental organisations. Older people who are retired or semi-retired have the time to do unpaid work such as working in opportunity shops, telephone counselling and other work in the community. They are valuable members of society from the social perspective. From the economic point of view they spend money in restaurants, on holidays which benefit those who for whom they are customers. Older people get such a bad wrap and furthermore are expected to move out of their houses to make way for younger people. That's pretty disrespectful in anyone's language! I think Australia can do better!