There Ain't No Cure For The Recession Blues

One day it will dawn on us that this is no ordinary recession. This is not a fiscal or credit crisis. Another trough in the usual boom and bust cycle. This time Keynesian prime-pumping won't work (if in fact it ever did, contrary to legend). We cannot spend or inflate our way out of this one. And if we do the reverse, if we cut back spending and implement austerity and conservation measures, we will only be taking our foot off the gas pedal-----not braking our motion toward the cliff. And the poor and the unemployed will suffer a disproportionate amount of the pain. Traditional left wing or right wing strategies are obsolete. The problem they would attempt to solve is much deeper than they imagine, and beyond their comprehension. 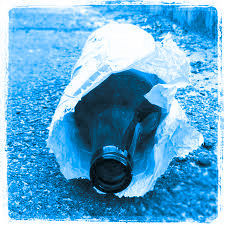 The following is a snapshot of American federal indebtedness as of February, 2012:

Now, if we strike the last eight zeros of each item, we can imagine this predicament in terms of a household budget:

OK, now let's go even further. Let's suppose that a family argument ensues over who is more competent to manage family finances---Mom (a "progressive")----or Dad (a neo-con Republican). Of course, in a real family situation, the kids---however mature and well-educated, would have only a token voice in determining how the household should be run----much like the voters in America (that's what makes this a good analogy).

However, Mom the liberal Democrat thinks that a lot of this borrowed money should be spent on "entitlements", after all, the kids are "entitled" to dental care, medical insurance coverage, good clothes and all the electronic toys that allow them to be active participants in the social media. All you need to do is pass a Constitutional amendment guaranteeing peoples' "rights"---- and bingo---- the people will have them. First class medical coverage for everyone. In-state college tuition fees for all the children of millions of illegal aliens. Fat union paychecks and pensions for public sector workers. New physical infrastructure in place of what is crumbling around us. All those good things. We can pay for it by selling the Chinese more Treasury bills. Nothing like more pseudo-purchasing power to get the economy rolling again. As Chris Clugston puts it,

“Pseudo purchasing power enables us to increase our ‘current’ procurement level of natural resources and of the manmade goods and services derived from those resources, through fiscalimprudence—that is, by liquidating our previously accumulated economic asset reserves, by incurring ever-increasing levels of intergenerational debt, and by underfunding investments critical to our future wellbeing.” http://www.wakeupamerika.com/PDFs/On-American-Sustainability.pdf

Dad the neo-Con, meanwhile, thinks the borrowed money should be spent on a high-tech security system and firearms and weapons training. Maybe the house will be foreclosed but by God, he will defend it from anyone who threatens his American way-of-life! American taxpayers pay a trillion dollars for military protection each year, not counting the money spent on homeland security. But the underlying costs of running the society that the defence industry protects will continue to rise to the point that this "protection" will become unaffordable. Who then will guard the seaways that allow passage of vital imported non-renewables? The Chinese?

The truth is, both Mom and Dad are spendthrifts, and neither have a clue that "money" and "credit" do not constitute real "wealth". You don't 'stimulate' a corpse by an injection of adrenaline nor a moribund economy by "quantitative easing" or another "New Deal" or "green" stimulus package. Stimulate demand by any means you like, but eventually a re-flated economy would run into the brick wall of diminishing and prohibitively expensive natural non-renewable resources. Is that not what happened in the eight year run-up to 2008? http://iopscience.iop.org/1748-9326/5/4/044006/fulltext

There is one critical entry that did not show up in this balance sheet. The per capita consumption of the metals, minerals and fuels which as a citizen of America's industrial economy, each American draws down: 38,000 lbs. per year. This is capital, not income, and it will never be replenished. http://www.mii.org/pdfs/percapita.pdf

The Greek disease masks a much deeper malady. And lynching bankers, taxing the rich or changing governments will not cure it. If only it were that simple.