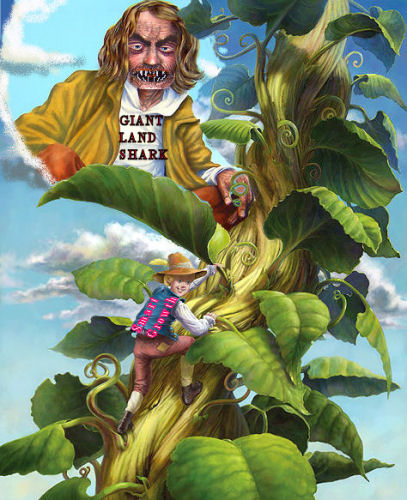 This is a 13 minute radio interview from Charlottesville, Virginia with Jack Marshall of ASAP (Advocates for a Sustainable Abermarle Population) and Brian Czech of CASSE (Centre for the Advancement of a Steady State Economy). "Jack Marshall and Brian Czech discuss limits to growth" . Canadians like to think of themselves as more "progressive" and "enlightened" than Americans. Yet where are conversations like this taking place in Canada? There are or were groups like ASAP in Vermont, Minnesota, Colorado, Oregon, California and Hawaii. Other than Qualicum Beach, BC and Okotoks, Alberta, or briefly, "Save Our Valley" in Chilliwack, BC, where is there a critical mass of citizens who have formed a strong anti-growth lobby in this country? This despite Canada having the highest population growth rate in the G8 group, with our major urban centres sprawling into greenbelts even while they densify, putting more than 500 species at risk and paving over one-fifth of our prime farmland. It is not a question of building "up" or building "out". We are just "building". Why aren't Canadians up in arms? We are pathetic and apathetic. And those of us who are not are muzzled, blacklisted and shunned by the media, staffed as it is by journalists schooled in political correctness and editors mindful of where advertising revenue comes from. There ain’t much money in giving a podium to growth-bashers.

To use Brian Czech's metaphor, we are building our house higher and higher by robbing its foundation of building materials. The foundation being finite natural capital. Yet every hick town and every major city, from Campbell River, BC to Vancouver to Saskatoon to Sudbury, Ontario and beyond is chalk full of mayors and councillors, elected by developer campaign funds, calling for more growth. Of course, it must come in the fashionable clothing of the time, that is, it must be "sustainable" or "green", complete with the necessary seal of approval from an environmental review process or ecological impact statement from the environment branch of the planning department. But all of that is cynical green wash, and those who are asked to file the impact statements clench their jaws in the knowledge that conservation and growth don't mix. And while they unleash the bulldozers these hypocrites on council are calling for more water and energy conservation, telling us to turn our computers off for an hour or stop watering our gardens while they issue more building permits, still unable to notice that tax revenues seldom recoup the infrastructure costs of the new subdivisions.

Granted, it is the federal government which controls immigration levels, enacts pro-natalist policies and effects stimulatory fiscal policies. But it is at the grass roots level, in city councils, real estate offices, chambers of commerce and planning departments where growth is born---that is the lair of the growth lobby. It isn't a monster in a distant boardroom, or the conspiracy of a bank chairman on Bay Street. It is the sinister gremlin of greed that hides behind the face of your friendly, smiling neighbourhood realtor, loans officer, mortgage broker or small town newspaper editor a half mile down the road on Main Street. Even college presidents and trade union bureaucrats are charter members of the growth club. More growth means more students and more revenue for the school, and more jobs for union members. MPs typically cut their teeth on local politics, and they build their careers as growth-boosters, flush with the cant of growthism. "Growth is good", "growth is necessary", "growth is inevitable". "We must have growth. That is the measure of our success. Why, people come from everywhere to live in our beautiful community, and who are we to say that they can't? Our greatest resource is our people....etc etc." Let me puke.

It is about time people were told the truth about growth. It is about time that politicians and environmental NGOs were told that is not sustainable, that it cannot be "managed" or rendered "smart". Is it going to take triple digit oil and $20 a gallon gasoline to send them that message? It looks that way, doesn't it?

It will be interesting to see how the Sierra Club and members of parliament screen out the apocalypse with their spam filters. "A power-down you say? Take me off your email list!"