earless dragon Save the kangaroo

Nobel laureate J.M. Coetzee is one of fifty well-known authors and scientists who have signed this open letter to the Canberra public protesting the mass killing of kangaroos which has been taking place annually for some time in Canberra. For those interested in the history of this annual slaughter, Candobetter.net has published at length on this subject here: http://candobetter.net/SaveTheKangaroo. It is wonderful that a number of influential people have now put their names on the line to defend kangaroos from slaughter and kangaroo science from ideology. Many more people are also against this absurd and cruel practice. [Candobetter.net Editor: Republished from http://www.beautifulwild.com/. Also available here: http://www.arcohab.org/#!letter/c1yzj. Also the subject of an article in the Canberra Times.] 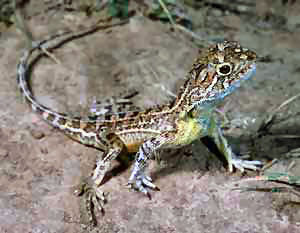 The Australian government will do anything to save this little fellow except stopping developers from building over his habitat.

You would think that the Federal and ACT government really cared that his species is nearly extinct to read how far they are prepared to go to make other species pay for what some leaders of our species are responsible for doing.