On 25 March Madonna King, the morning presenter of Brisbane's local ABC radio station gave her listeners a small glimpse of how the Queensland Government's frenzy of road construction is destroying the lives of many ordinary citizens. However, the case of those standing up to the Government was undermined when she stated that 'you can't stop progress', a view which curiously echoes what was stated in the previous day's editorial in the Courier Mail, which her husband is editor of.

Appendices: Housing resumption resources, E-mail to Madonna King inviting a response to this article. See also: "Roads to hell: My home is my castle" in the Southern Star of 24 Feb 09, #comment-232727">Forum discussion on "Weekend Reflections" of 27 Mar 09 on johnquiggin.com.

Appendices: #resources">Housing resumption resources, #ResponseSought">E-mail to Madonna King inviting a response to this article. See also: "Roads to hell: My home is my castle" in the Southern Star of 24 Feb 09, #comment-232727">Forum discussion on "Weekend Reflections" of 27 Mar 09 on johnquiggin.com. 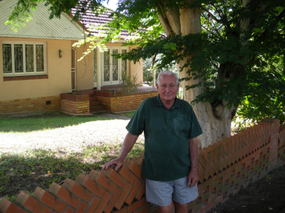 On Wednesday 25 March Brisbane ABC local radio's morning presenter Madonna King reported on the fight of Frank Sosso, a resident of Brisbane's outer south eastern suburb of Eight Miles Plains, against the resumption of his house by the Department of Main Roads.

Her treatment of the case appeared sympathetic at first, but there was a sting in the tail. She told her listeners:

Then she hastily added:

"I'm not commenting on this."

But, clearly she had.

Furthermore, her implication that Frank Sosso was standing in the way of 'progress' had been spelt out at greater length on her blog:

"Do you spend your mornings sitting in traffic, frustrated as you crawl along?

"Our governments can't seem to keep up with the need for bigger, faster transport links around the city.

"But would you stand by and watch your home bulldozed for the greater good of your fellow motorists?"#main-fn1">1

So as much as Madonna King would wish to be seen as sympathetic to Frank Sosso's plight, she, nevertheless, clearly holds him to be standing in the way of 'progress' and 'the greater good'.

Why, indeed, had Madonna King fallen over herself to present the Queensland Government's rationale for it's treatment of Frank Sosso? Why couldn't she have left it to a DMR spokesperson to argue the DMR's case?

Only the previous day, an editorial#main-fn2">2 in Brisbane's Courier Mail newspaper, owned by Rupert Murdoch of which Madonna King's husband, David Fagan, is the editor, also preached the necessity of the kind of road projects which are threatening Frank Sosso's home:

"Southeast Queensland needs these projects, not just for the solutions to traffic congestion that they present, but also for the boost to the economy that they provide during construction and afterwards." 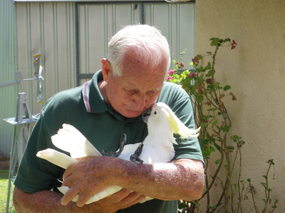 Clearly Madonna King, working for the supposedly independent ABC, and her husband were as one on this question.

On the same day, I posted the following response:

"A good many Queenslanders hotly dispute the premises of this brief article.

"The only reason there is any conceivable need to bulldoze Frank's house is because of population growth deliberately encouraged by the Queensland Government and the newspaper that your husband is editor of. That population growth, as we all know, is needlessly adding to the congestion that the demolition of Frank's house is supposed to solve. It is striking that your 'growth at all costs' message almost precisely echoes what was written in the editorial of yesterday's Courier Mail (by your husband?) at www.news.com.au/couriermail/story/0,23739,25230270-13360,00.html.

"I stood as a candidate precisely to stop such resumptions and to stop the underlying cause, that being population growth, but was never allowed to tell your listeners even once on your program in spite of my having made repeated repeated approaches to you and other ABC staff. 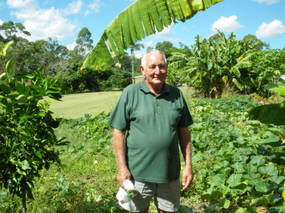 However, my comment had not been approved. Indeed there were no comments posted to that blog entry, in spite of Madonna King's frequent exhortations to her audiences to have their say.

So, not only has Madonna King misused her authority in order to to undermine, with specious arguments, the courageous resistance of an elderly man and his family to Queensland Government tyranny, but those who wish to challenge her arguments face censorship.

What you can do:

I am also including an e-mail in response to this article. the e-mail includes links to useful resources concerning the seizure of private land. - JS

I am equally angry about government playing god with a person's right to their land.

Madonna King clearly has the arrogance of Mugabe.

I draw your attention to a recent appeal case in Sydney, in which the RTA has been ruled in court that "Leichhardt Council should be compensated $1.465 million, which is a far cry from the paltry $52,000 the RTA offered at the time they acquired the land."

Perhaps you may wish to publicly compare Madonna King to the following:

Victoria's Housing Commission policy in the 1960s which involved forced evictions of people from their homes to make way for high rise:

ABC Radio National Hindsight programme 22 Mar 09 entitled 'Dirty Old Town' accounts of oral history on the forced eviction of residents of Fitzroy (Melbourne in the 1950s and the bulldozing of their homes to make way for Housing Commission high-rise development. Listen to MP3 audio or listen with Windows Media Player.

Israel's 1948 forced acquisition of Palestinian territory by military conquest, which was, and remains, a violation of international law:

I have published an article which is critical of the way that you reported the
case of Frank Sosso. It is included below (in fact, above on this page) and published at
candobetter.org/node/1165 candobetter.org.

If you believe that you have not been treated fairly by my article, you are welcome to say why by posting directly to that article or by replying to this e-mail. You are also welcome to post any other comments about the article.

Also, I would appreciate it if you would post to that article the comment I posted on 25 March, which is included within the article, together with a link back to my article.