From around 1981 Until 2006, Lebanon, to the north of Israel suffered a number of incursions by land see and air from neighbouring Israel. On each occasion, Israel was able to inflict considerable material and human damage on the Lebanese and Palestinian refugees in the region whilst suffering minimal casualties themselves. The plight of the Lebanese drove the English rock band "The Human League" to produce their hit single The Lebanon 1n 1984.

In 2006, when Israel launched another incursion into Lebanon, the local Islamist resistance group Hezbollah was this time ready for them and this time inflicted a humiliating defeat on the invading Israelis as described on pages 460-462 of The Shock Doctrine (2007) by Canadian author Naomi Klein.

Israel has not accepted that humiliation and has many times since attempted to gain the upper hand in neighbouring Lebanon as well as its other neighbour Syria. Syria has suffered an estimated 195,000 deaths at the hands of supposed Islamist terrorist proxies of Israel, the United States, Saudi Arabia and their allies since that terrorist incursion began in March 2011. On a number of occasions, Hezbollah has fought on the side of Syria against the terrorist invaders.

The Lebanese resistance movement, Hezbollah, has claimed responsibility for a bomb attack against Israeli forces in the occupied Shebaa Farms in southern Lebanon, which left two Israeli soldiers injured.

Hezbollah fighters "detonated an explosive device on the Shebaa hills against a motorized Israeli patrol causing a number of injuries among the occupation's soldiers," the Lebanese movement said in a statement on Tuesday.

The statement noted that the attack was carried out by the "Martyr Hassan Ali Haidar Unit." The unit has been named after a 25-year-old Hezbollah explosives expert, who was killed on September 5 while trying to dismantle four Israeli spying devices planted on Hezbollah's telecommunications network in Adloun, south Lebanon.

The Israeli army confirmed the incident, saying that two soldiers had been wounded in the blast.

"Initial reports indicate that the explosion was caused by an explosive device that was planted" to attack Israeli soldiers, Israel's army tweeted.

Two shells reportedly fell inside the village of Kfar Chouba, situated about 2 kilometers (1.2 miles) from the border with Israel, but there were no immediate reports of casualties.

The d0evelopment comes just two days after Israeli soldiers fired at a Lebanese Army post and wounded one soldier in the same area.

The Shebaa Farms area is located at the junction of Lebanon, Syria and Israel and is often the site of cross-border clashes.

Israel and Lebanon have been in a state of war for six decades, and do not have diplomatic relations. 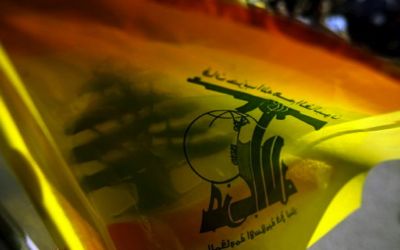 On 7 October 2014, Hezbollah attacked Israeli forces illegally stationed in the Shebaa Farms region on Lebanese territory. This is the first attack by the Lebanese resistance against the Israeli occupying forces since the 2006 war.

The incident has been widely interpreted as a message from Hezbollah to the Jewish state to dissuade it from extending to the Lebanese-Israeli border the scheme it set up along the Syrian-Israeli border. Indeed, on 15 September hundreds of UNDOF peacekeepers withdrew from the Golan Heights after 43 of their soldiers were detained for two weeks by the Al-Nusra Front (Syrian branch of Al-Qaeda). Since that date, the buffer zone established by the United Nations after the 1973 war is de facto no longer controlled by UNDOF, but by Al-Qaeda.

The Jewish state ensures regular supplies to the Al Qaeda jihadists and treats the wounded in its military hospitals. Israeli television showed Prime Minister Benjamin Netanyahu at their bedside, comforting and congratulating the wounded jihadists. 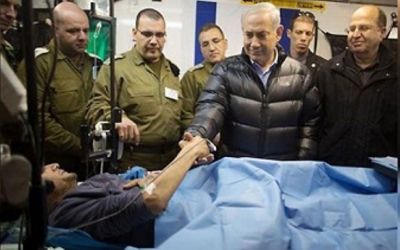 Hezbollah’s action was intended to warn Israel against any attempt to extend the scheme and similarly drive out the UNIFIL peacekeepers in favor of Al-Qaeda.

Even though Hezbollah’s attack is in breach of Resolution 1701, it is unlikely that the Jewish state will take the case to the Security Council since it would be facing the risk of having to explain its oh so illegal relationship with the Al Qaeda jihadists.

Hezbollah is a Lebanese resistance movement against imperialism and Zionism. It is accused by Israel of being a terrorist organization and has been classified as such by several Western states. However, Israel has never produced any evidence of attacks carried out by Hezbollah abroad. Recently, the president of Argentina, Cristina Fernández de Kirchner, speaking before the UN General Assembly condemned the accusations leveled against Hezbollah for the Buenos Aires bomb attacks.

Currently, Hezbollah is actively engaged in the fight against the Al Qaeda and Daesh terrorist organizations both Lebanon and Syria.