Nelson Mandela is dead and, despite his immense charisma, intellect, capability and courage, Africa remains poor, divided, overpopulated and spectacularly unhealthy. In her monumental book, The Shock Doctrine, Penguin, 2007, Naomi Klein told how economists got control of the details of the revolution during handover negotiations, blinded revolutionaries with their sophistry, and tied it up in red tape. They actually returned the management of the central bank to its apartheid boss. This article is an excerpt from pp200-204 of the chapter in The Shock Doctrine entitled, 'Democracy born in chains.' The greatest loss to the African Revolution was that by the time Mandela rose to power, his government no longer had the right to redistribute land - which is the essence of revolutionary government. 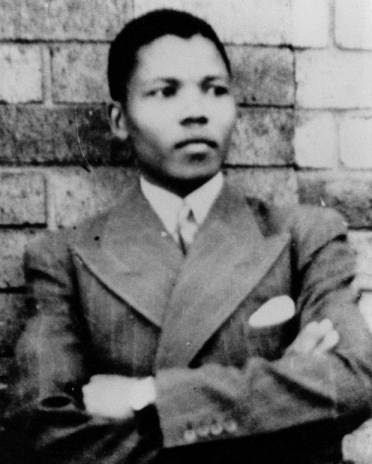 "[...] the de Klerk government had a twofold strategy. First, drawing on the ascendant Washington consensus that there was now only one way to run an economy, it portrayed key sectors of economic decision making - such as trade policy and the central bank - as 'technical' or 'administrative.' Then it used a wide range of new policy tools - international trade agreements, innovations in constitutional law and structural adjustment programs - to hand control of those power centers to supposedly impartial experts, economists and officials from the IMF, the World Bank, the General Agreement on Tariffs and Trade (GATT) and the National Party - anyone except the liberation fighters from the ANC. It was a strategy of balkanization, not of the country's geography (as de Klerk had originally attempted) but of its economy.

This plan was successfully executed under the noses of ANC leaders, who were naturally preoccupied with winning the battle to control Parliament. In the process, the ANC failed to protect itself against a far more insidious strategy - in essence, an elaborate insurance plan against the economic clauses in the Freedom Charter every becoming law in South Africa. "The people shall govern!" would soon become a reality, but the sphere over which they would govern was shrinking fast.

While these tense negotiations between adversaries were unfolding, the ANC was also busily preparing within its own ranks for the day when it would take office. Teams of ANC economists and lawyers formed working groups charged with figuring out exactly how to turn the general promises of the Freedom Charter - for housing amenities and health care - into practical policies. The most ambitious of these plans was Make Democracy Work, an economic blueprint for South Africa's post apartheid future, written while the high-level negotiations were taking place. What the party loyalists didn't know at the time was that while they were hatching their ambitious plans, the negotiating team was accepting concessions at the bargaining table that would make their implementation a practical impossibility. "It was dead before it was even launched," the economist Vishnu Padayachee told me of Make Democracy Work. By the time the draft was complete, "there was a new ball game."

"We were caught completely off guard," recalled Padayachee, now in his early fifties. He had done his graduate studies at Johns Hopkins University in Baltimore. He knew that at the time, even among free-market economists in the U.S., central bank independence was considered a fringe idea, a pet policy of a handful of Chicago School ideologues who believed that central banks should be run as sovereign republics within states, out of reach of the meddling hands of elected lawmakers. For Padayachee and his colleagues, who strongly believed that monetary policy needed to serve the new government's 'big goals of growth, employment and redistribution,' the ANC's position was a no-brainer: "There was not going to be an independent central bank in South Africa."

Padayachee and a colleague stayed up all night writing a paper that gave the negotiating team the arguments it needed to resist this curveball from the national Party. If the central bank (in South Africa called the Reserve Bank) was run separately from the rest of the government, it could restrict the ANC's ability to keep the promises in the Freedom Charter. Besides, if the central bank was not accountable to the ANC government, to whom, exactly, would it be accountable? The IMF? The Johannesburg Stock Exchange? Obviously, the National Party was trying to find a backdoor way to hold on to power even after it lost the elections - a strategy that needed to be resisted at all costs. "They were locking in as much as possible," Padayachee recalled. "That was a clear part of the agenda."

Padayachee faxed the paper in the morning and didn't hear back for weeks. "Then, when we asked what happened, we were told, "Well, we gave that one up'." Not only would the central bank be run as an autonomous entity within the South African state, with its independence enshrined in the new constitution, but it would be headed by the same man who ran it under apartheid, Chris Stals. It wasn't just the central bank that the ANC had given up: in another major concession, Derek Keyes, the white finance minister under apartheid, would also remain in his post - much as the finance ministers and central bank heads from Argentina's dictatorship somehow managed to get their jobs back under democracy. The New York Times praised Keyes as "the country ranking apostle of low-spending business-friendly government."

Until that point, Padayachee said, "we were still buoyant, because, my God, this was a revolutionary struggle; at least there' be something to come out of it." When he learned that the central bank and the treasury would be run by their old apartheid bosses, it meant "everything would be lost in terms of economic transformation." When I asked him whether he thought the negotiators realised how much they had lost, after some hesitation, he replied, "Frankly, no." It was simple horse-trading: "In the negotiations, something had to be given, and our side gave those things - I’ll give you this, you give me that."

From Padayachee's point of view, none of this happened because of some grand betrayal on the part of ANC leaders but simply because they were out-maneuvered on a series of issues that seemed less than crucial at the time - but turned out to hold South Africa's lasting liberation in the balance.

What happened in those negotiations is that the ANC found itself caught in a new kind of web, one made of arcane rules and regulations, all designed to confine and constrain the power of elected leaders. As the web descended on the country, only a few people even noticed it was there, but when the new government came to power and tried to move freely, to give its voters the tangible benefits of liberation they expected and thought they had voted for, the strands of the web tightened and the administration discovered that its powers were tightly bound. Patrick Bond, who worked as an economic adviser in Mandela's office during the first years of ANC rule, recalls that the in-house quip was "Hey, we've got the state, where's the power?" As the new government attempted to make tangible the dreams of the Freedom Charter, it discovered that power was elsewhere.

Want to redistribute land? Impossible - at the last minute, the negotiators agreed to add a clause to the new constitution that protects all private property, making land reform virtually impossible. Want to create jobs for millions of unemployed workers? Can't - hundreds of factories were actually about to lose because the ANC had signed on to the GATT, the precursor to the World Trade Organisation, which made it illegal to subsidise the auto plants and textile factories. Want to get free AIDS drugs to the townships, where the disease is spreading with terrifying speed? That violates an intellectual property rights commitment under the WTO, which the ANC joined with no public debate as a continuation of the GATT. Need money to build more and larger houses for the poor and to bring free electricity to the townships? Sorry - the budget is being eaten up servicing the massive debt, passed on quietly by the apartheid government. Print more money? Tell that to the apartheid-era head of the central bank. Free water for all? Not likely. The World Bank, with its large in-country contingent of economists, researchers and trainers (a self-proclaimed "Knowledge Bank"), is making private-sector partnerships the service norm. Want to impose currency controls to guard against wild speculation? That would violate the $850 million IMF deal, signed, conveniently enough right before the elections. Raise the minimum wage to close the apartheid income gap? Nope. The IMF deal promises 'wage restraint.' And don't even think about ignoring these commitments - any change will be regarded as evidence of dangerous national untrustworthiness, a lack of commitment to 'reform' an absence of a 'rules-based system.' All of which will lead to currency crashes, aid cuts and capital flight. The bottom line was that South Africa was free but simultaneously captured; each one of these arcane acronyms represented a different thread in the web that pinned down the limbs of the new government.

A long time antiapartheid activist, Rassool Snyman, described the trap to me in stark terms. "They never freed us. They only took the chain from around our neck and put it on our ankles." Yasmin Sooka, a prominent South African human rights activist, told me that the transition 'was business saying, 'We'll keep everything and you [the ANC] will rule in name ... You can have political power, you can have the facade of governing, but the real governance will take place somewhere else. It was a process of infantilization that is common to so-called transitional countries - new governments are, in effect, given keys to the house but not the combination to the safe."