Whatever the Left and Right spins, I have my own view on Pres. Trump's firing FBI Director Jim Comey.

Comey first landed in the soup when his investigative responsibilities expanded into a prosecutorial role. This transition commenced when he spoke publicly about Hillary Clinton's emails on her private [non-secure] server in a July, 2016 press conference. The context is key.

Former Attorney General Loretta Lynch had been caught in her 40-minute meeting with Bill Clinton on Clinton's plane sitting on an airfield tarmac. Lynch claimed that she and Clinton had discussed no more than their children and grandchildren. At the same time, Lynch said she was recusing herself from investigation and prosecution of Hillary Clinton's use of a private email server for classified government material, and she put Comey in charge. Lynch, in other words, ceded her responsibility to indict Clinton, if warranted, to Jim Comey.

Comey's subsequent July press conference where he gave an exhaustive account of Hillary's negligent irresponsibility with classified material, and his decision not to indict nevertheless, is arguably a discharge of the responsibilities delegated to him by then-AG Loretta Lynch.

The decision to go public was, of course, Comey's own. Arguably, it was made in the interest of the public's right to be informed as much as possible about a presidential candidate.

Then days before the November election, Comey again went public on closing the investigation.

So, if one goes to the root of Comey's problems with exceeding his investigative role as Director of the FBI, could one justifiably say that Loretta Lynch "did it"?

The FBI. and CIA are supposed to protect US citizens from terrorism. They have, instead, been working with the two Chechens accused of the Boston Marathon bombing of 15 April. In this embedded Youtube Broadcast from the Corbett Report, James Corbett interviews FBI whistleblower Sibel Edmonds on the Boston bombing. She explains how past attempts by the US to ignite a sectarian terrorist war against Russsia in Chechnya has created people who have been willing to commit acts of terror against America, evidently with the collusion of the CIA and the FBI. See also The Boston Bombing Web of Lies of 26 April 2013 by Julie Lévesque, Syria in Boston of 25 April by Thierry Meyssan.

A new film, "Compliance," examines "the human desire to follow and obey authority."

Liberal institutions, such as the media, universities, federal courts, and human rights organizations, which have traditionally functioned as checks on the blind obedience to authority, have in our day gone over to power's side. The subversion of these institutions has transformed them from checks on power into servants of power. The result is the transformation of culture from the rule of law to unaccountable authority resting on power maintained by propaganda. 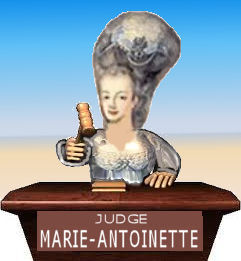 Three of the cathedral performers were apprehended, indicted, tried, convicted of breaking a statutory law, and given two-year prison sentences. The Voice of Russia recently broadcast a discussion of the case from its London studio. Representatives from Human Rights Watch and Chatham House argued that the case was really a free speech case and that the women were political prisoners for criticizing Russian President Putin.

This claim was disingenuous. In the blasphemous performance in the Russian cathedral, Putin was not mentioned. The references to Putin were added to the video posted on the Internet after the event in order to turn a crime into a political protest.

The human rights representatives also argued that the women's conviction could only happen in Putin's Russia. However, the program host pointed out that in fact most European countries have similar laws as Russia's and that a number of European offenders have been arrested and punished even more severely.  Indeed, I recently read a news report from Germany that a copycat group of women had staged a similar protest in support of Pussy Riot and had been arrested. An analysis of these issues is available here: http://mercouris.wordpress.com .

The human rights representatives seemed to believe that Putin had failed the democratic test by failing to stop the prosecution. But a country either has the rule of law or doesn't have the rule of law. If Putin overrides the law, it means Putin is the law.

Whether Washington had a hand in the Pussy Riot event via the Russian protest groups it funds, Hitlery Clinton was quick to make propaganda.  Free expression was threatened in Russia, she said.

The prevalence of the English language, due to the British domination of the world in the 18th and 19th centuries and American domination in the 20th and first decade of the 21st century, makes it easy for Washington to control the explanations. Other languages simply do not have the reach to compete.

Amnesty does seem like an amplifier for Washington's propaganda. Amnesty's latest email to members (August 27) is: "As if the recent trial and sentencing of three members of Pussy Riot wasn't shameful enough, now Russian police are hunting down others in the band. Make no mistake about it: Russian authorities are relentless. Just how far are the Russian authorities willing to go to silence voices of dissent? Tell the Russian government to stop hunting Pussy Riot!"

Amnesty International's August 23 email to its members, "Wake Up World," is completely one-sided and puts all blame for violence on the Syrian government, not on al Qaeda and other outside groups that Washington has armed and unleashed on the Syrian people. Amnesty is only concerned with getting visual images damning to the Syrian government before the public: "We are working to get this damning footage into the hands of journalists around the world. Support our work and help ensure that our first-hand video is seen by influential members of the media."

At least Pussy Riot got a trial. That's more than US Marine, Brandon Raub, a veteran of two tours of combat duty, got. Raub posted on Facebook his opinion that he had been misused by Washington in behalf of an illegal agenda. Local police, FBI, and Secret Service descended upon his home, dragged him out, and on the authority of a social worker, committed him to a mental hospital for observation. http://communities.washingtontimes.com/neighborhood/citizen-warrior/2012/aug/23/judge-orders-brandon-raub-released-hospital/.

I did not see any protests from Human Rights Watch, Amnesty International, or Chatham House.  Instead, a Virginia circuit court judge, W. Allan Sharrett, demanded Raub's immediate release, stating that there was no reason to detain and commit Raub except to punish him for exercising his free speech right.

Americans are increasingly punished for exercising free speech rights.  A number of videos of police violence against the occupy movement are available on youtube. They show the goon thug gestapo cops beating women, pepper spraying protestors sitting with their heads bowed, truncheons flashing as American heads are broken and protestors beat senseless are dragged off in handcuffs for peacefully exercising a constitutionally protected right.

There has been more protest over Pussy Riot than over the illegal detention and torture of Bradley Manning or the UK government's threat to invade the Embassy of Ecuador and to drag out WikiLeaks' Julian Assange.

When a Chinese dissident sought asylum in the US embassy in China, the Chinese government bowed to international law and permitted the dissident's safe passage to the US. But "freedom and democracy" Great Britain refuses free passage to Assange who has been granted asylum, and there is no protest from Clinton at the State Department.

In "China's Rise, America's Fall," Ron Unz makes a compelling argument that the Chinese government is more respectful of the rule of law and more responsive to the people it governs than is Washington. http://www.theamericanconservative.com/articles/chinas-rise-americas-fall/.

Today it is Russia and China, not the UK and Europe, that challenge Washington's claim that the US government is above international law and has the right to overthrow governments of which it disapproves.

The lawlessness that now characterizes the US and UK governments is a large threat to humanity's finest achievement--the rule of law--for which the British fought from the time of Alfred the Great in the ninth century to the Glorious Revolution of the 17th century.

Where are the protests over the Anglo-American destruction of the rule of law?

Why Aren't Human Rights Watch, Amnesty International, and Chatham House on the case?

Your endorsement is greatly appreciated 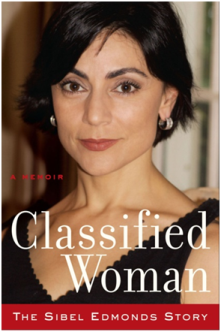 What I find so remarkable is Sibel’s persistence in trying every avenue and possible outlet in trying to get the truth out. When going up the chain of command in the executive branch and Inspector General internal mechanisms for investigating fraud, waste, and abuse went nowhere, she sought judicial remedy by filing lawsuits only to be improperly gagged by “state secrecy privilege”. Along the way she also sought congressional assistance, testified to the 9-11 Commission, and engaged with various media and other non-governmental organizations. It’s somewhat ironic that Sibel herself demonstrated such enormous energy and passion throughout this decade quite the opposite of the “boiling frog” idiom she uses for her website as a warning to others. If her book can inspire readers to summon even 1/100th of the determination and resolve she has modeled, there’s hope for us!

I've read a million reviews of nonfiction books about our government that referred to them as "page-turners" and "gripping dramas," but I had never read a book that actually fit that description until now... Yet, thus far, no branch of our government has lifted its little finger to fix the problem of secrecy and the corruption it breeds, which Edmonds argues has grown far worse under President Obama. That's why this book should be spread far and wide, and read aloud to our misrepresentatives in Congress if necessary. This book is a masterpiece that reveals both the details and the broader pattern of corruption and unaccountability in Washington, D.C. Edmonds has not exposed bad apples, but a rotten barrel of toxic waste that will sooner or later infect us all.