Ernst and Young, leading consultants to the Queensland government have released a report claiming that electricity costs would be lower under privatisation. Although the report was commissioned by private infrastructure lobby group Infrastructure Partners Australia, it's just a rehash of the same line EY have been pushing for years in similar reports commissioned by pro-privatisation governments. The central claim is that electricity prices have risen more in Queensland and NSW, under corporatisation than in Victoria and SA, under privatisation. What they don't tell you is that this merely offsets increases imposed in the leadup to privatisation, with the result that retail prices are much the same in all four states, and far higher than when the process of market reform (supposedly to reduce prices through competition) began in the 1990s.

"Allowing fools and eco-criminals to run our State governments is like the blind running with an axe." Adapted from anonymous comment with thanks.

Economically moronic or grossly ideological? Which description best fits the Cando Newman government's excuse for massive and cruel job losses and public service cuts? Here is an expose of Queensland Treasury's base and baseless rationale for austerity. 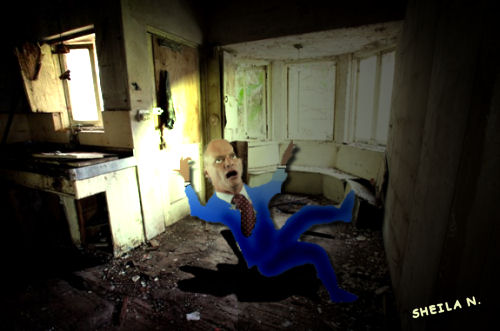