In this Crosstalk interview by Peter Lavalle with journalist, Pepe Escobar, and economist, Martin Hennecke, the point is made that after 9-11 in 2001, the United States 'took its eye off the ball' to concentrate on the 'war on terror'. Now all it has is the war on terror, but while its attention has been focused on war for 13 years, China and Russia have made many new alliances with the BRICs countries and the future looks better for China and Russia than for the NATO group and its allies. Also criticism of the European and Anglophone press as fixated on personalities and imagined agendas to the exclusion of practical reality. Compares austerity debt in Europe to debt in China and Russia (very low). Refers to evolution away from the petrodollar

Amid a European and global economic crisis, governments are still letting markets get away with little regulation, big bonuses and dubious financial instruments that are distorting financial stability for short-term gain and putting enormous pressure on people to pick up the manufactured debts 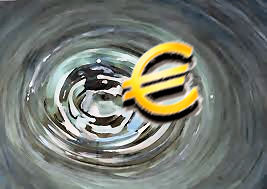 Much of Britain’s press is relentlessly euro-sceptic, to the extent that the euro’s survival is being talked down and political supporters of Europe no longer speak up. For a change, think of some of the benefits.

Once again financial markets which were prime movers in causing the economic crash in 2008 are gambling on destabilising currencies. Back in the 1990s the pound bounced around wildly in the hands of speculators and it is again weak against the euro, despite the euro’s problems. The euro brought new stability to currency markets, challenging the supremacy of a US dollar, exposed by America’s massive budget deficit.

Several countries, like Montenegro in former Yugoslavia, have the euro as the official currency without being a formal member of the euro zone, because their own economies are not viable enough. Ecuador's economy hit the rocks and the country now uses the US dollar as its national currency to inject more stability.

The decline in the value of the US dollar is engineered by the US government in order to make US products more affordable and to relaunch their manufacturing economy. The world is trapped by the US into subsidising its debt on account of the very large market it represents and the control over the money markets of US corporate investors. Other economies with higher value currency will experience a falling off in sales because the goods they produce will be less affordable on the world market. Hans-Peter Martin and Harald Schuman wrote about this 'trap' late last century. Read what they wrote then and consider how well it explains our current situation. 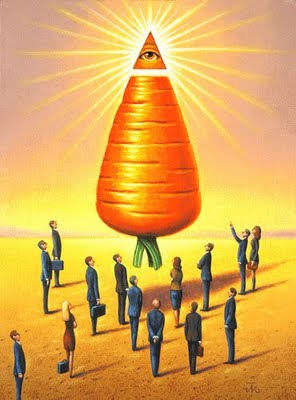 Subordination to the money markets