There has been another sizable drop in employment. Greedy employers continue to put out claims that there is a terrible shortage of labour in Australia, because they know that the larger the pool of unemployed the less the market rate for labour will be. (Also, by pushing up immigration on the false plea that we are short of labour, they hope for more customers, more extreme house prices, and other changes by which the big fish benefit over the small.) 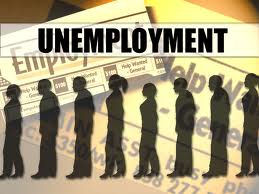 Big business has long abused its influence with the media, and has also taken advantage of various well-funded lobbies,fronts, and think-tanks (Committee for Melbourne, Urban Task force, Australian industries group, and other names for disguised lobbies) as well as the pro-business stance of the Murdoch Press and other media, to spread this disinformation.

Yet ordinary Australians know this is untrue, particularly if they have a teenager in the family trying to get his or her first job, or an older person who is been retrenched. (Employment agencies say it's hard even to get a job interview for anyone over 35, and if approaching retirement almost impossible, because employers are so spoilt for choice.)

The so-called 'skills shortage' in Australia is mere industry propaganda to avoid training costs. This is despite Australia have an advanced industralised base and a deep capacity as an education training nation and indeed exporter of education! Industry argues that it doesn't spend on training because their trained staff leave - what an excuse!

Yes, government and industry bleat unsubstantiated a 'skills shortage' so they can bring more and more immigrants for selfish short term economic ends while avoid financial cost of education and training locally and moral obligations to do so.

Mining companies are the worst. Their international ring-in approach sourcing foreign contractors suits mining companies to a tee - no give and all take!

BHP had promised the Ravensthorpe community that it was to be there for the long haul so workers came and small businesses invested, only to see BHP Billiton suddenly close its nickel mine near Ravensthorpe, move out and leave about 1450 locals out of work and up to 5000 dependent people devasted.

Is Canada's perpetual shortage of skilled labour real, perceived or conjured up for the purposes of creating a glut? In the case of engineers, the latter would certainly seem to be the case. We have been graduating thousands more engineers than needed when considered in the context of the deliberate import of engineers from the rest of the world, mainly developing world. Many are driving taxis, including Canadians, and many Canadian engineers who aren't have left for the United States because the glut has driven down wages here. My nephew graduated from four years of training in marine engineering three years ago. He has spent half the time since working as a non-union construction labourer and the other half in the Coast Guard for about $25 per hour, or as much money as an inexperienced painter. Only now has he secured a tenuous position in the company he was aiming to work for. I was in my local drugstore today telling one pharmacy assistant about Bill Gates' latest scam. The H-1B visa program has allowed him and other technology companies to hire IT workers from India, China and similar locales on a two-three year contract in such numbers as to drive down the wage levels of Americans in the industry. People who are trained to earn $100,000 a year are earning $60,000 a year and many who hit 40 find themselves without a job. One of them, Gene Nelson, who graduated with a Phd in 1979 in computer engineering, is now having to file for personal bankruptcy.