This article examines the explicit support of NATO's bombing by the UK 'Trotskyist' organisation, the Alliance for Workers' Liberty and the ineffectiveness of other supposed left-wing groups who claim to oppose the war. It is a response to a statement cited in "Dissecting a global empire and the US 'war on terror'" of 8 July of Global Research editor Michel Chossudovsky. He criticized social movements including leftist political parties that supported the US-led wars dubbed as 'war on terrorism'. For the truth about the current war against Libya and other international conflicts, please visit Global Research, one of the free news services committed to speaking the truth. 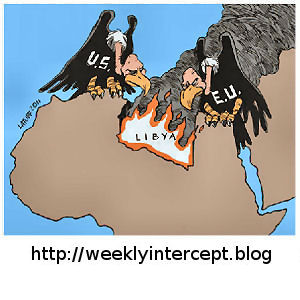 Title was: "We all have a stake in Hollywood telling the truth about US wars", 14 Jan 11

Many, who believe themselves to be progressive, against war, for the environment and for international peace, display an unreasonable prejudice against almost all things American, in particular the American film industry. That prejudice, in fact, makes the struggle for peace and justice harder, even if it can justifiably be said that by far the greatest of threats to world peace come from within the United States of America.

As great as the terrible harm that America has inflicted upon the world since at least the end of the Second World War -- the Vietnam War, the Korean War, the recent and ongoing wars in Afghanistan, Iraq, Pakistan, Yemen etc., covert interference to overthrow governments, including popular, democratically elected governments, who were seen as a threat to vested American interests by the CIA -- the harm inflicted upon the world is nowhere near as great as it could have been had the US Military industrial complex been given a free hand to do as it wished.

So, what stops the military industrial complex doing as it pleases?