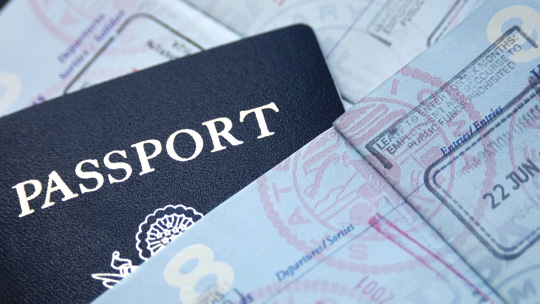 Sweden has joined the United States, Britain, Spain and other nations as a target of politically motivated violence. It is no longer possible for countries such as the Netherlands and Sweden to think about their populations as homogenous groups with shared values and world views.
The costs are high. Foreigners are 6.2 times as likely to be incarcerated than Swedes, or 520% higher incarceration rate.

As one of a many open immigration policies in Europe, Sweden has struggled to confederate more immigrants from Iraq than any other Western nation since the fall of Saddam Hussein.

Sweden has always welcomed asylum seekers from all over the world, particularly the Arab and Islamic worlds.

However, foreigners are 6.2 times as likely to be incarcerated than Swedes, or 520% higher incarceration rate.

The number of violent and deadly crimes has increased by about 200 percent from 1976 to 2006, the report showed. Only in 2009, five deadly shootings occurred in Malmo, compared to four in Stockholm and eight in Gothenburg.

The anti-immigration party’s personality Jimmie Akesson has described a flourishing series of Muslims – about 5 per cent of a country’s race – as a biggest outmost hazard to Sweden given a Second World War.

Explosions that killed a suspected bomber and injured two passersby on a busy shopping street in Stockholm are being investigated as a “terrorist crime,” sending shock waves through Sweden, which prides itself on its open, peaceful society and had so far been untouched by the post-9/11 attacks.

The man, identified as 28-year-old Iraqi-born Swede Taimour Abdulwahab al-Abdaly, directed his ire toward Sweden’s military presence in Afghanistan and Swedish artist Lars Vilks, who drew an image of the prophet Muhammad’s head on a dog’s body in 2007.

Omar Mustafa, president of the Islamic League in Sweden, said he feared the attack could undo the years of progress made by Muslims living in Sweden.

The right is pointing to the bomber as a clear example of why Sweden should stop accepting more immigrants and promoting a multicultural society.

Reasons Sweden support the most open immigration program in Europe

1. Too much prosperity between 1940-1970 when they were building the welfare state. Most Swedish people think that the two are causally linked. They think the are prosperous because they expanded the welfare state 1940-1970.

They escaped the war. Sweden as a nation is still naive and innocent. The first notable wave of immigration into Sweden came in the post-World War II period with workers from Germany and Holland, later spreading to southern Europe including Italy, Greece and Turkey.

2. Egalitarianism is very strong for historical reasons. This makes them lean left.
More than a thousand years of continuous existence as a sovereign state allowed for the gradual development of strong national institutions. During the medieval period, the practice of serfdom was never established, and the preponderance of independent farmers helped minimize social class differences and nurture an ethic of equality.

3. Humans are basically "good". If they act bad, it is probably because they are having an emotional difficulty, a hard time, and talking to them will solve the problem. Beyond those who seek to rubbish welfare state-ism with references to alcoholism, depression, and suicide, Sweden is high on the quotient of niceness and goodness.

Swedes think that is true for all life. They are surrounded by nice, good normal people, and become very native. This combined with the mirror effect ("everyone is like me") with catastrophic consequences. They simply don't have theories about predators and opportunistic people, such as people who exploit the welfare state, thugs, Islamic terrorist etc.

4. White guilt. When Finland and Italy were poor in 1960, Swedes had been rich and prosperous for 30 years. Their "white" guilt needs to be balanced by non-Westerns.

They believe very strongly in their social model. They, understandably but wrongly believe is why they don't starve or have wars like Africans, corruption and a soft state like Italians or crime, inequality and social problems like America.

5. Secularism. When you don't have religion, your mind looks to substitutes. This can be ideology or things like new-age, both popular in Sweden. A spiritual vacuum can be deceptively liberating, but encourage open-ness to ideas that may be contrary to their interests.

Like Australia, the large ethnic diversity that does exist makes it problematic to define what is typically Swedish today.