Brett Clifton sent these photographs of the late, much lamented "Bim-Bim", a siamese cat who was a great friend to baby kangaroos in Brett's care. This is also partly a response to a comment from a person who posted to this site this morning that she had just lost her great friend, Bessie, a dog, to roadkill. We have all shared such sadness for our friends from other species.

14 July 2007 - 11 August 2012: Those of you who were fortunate enough to know him know that Bim-Bim wasn't a kangaroo, but more of an honorary kangaroo, raised with them since he was a kitten. I am very sad to report that Bim-Bim was killed by a car in the early hours of yesterday morning on the very highway from which many of his friends were rescued. He escaped over the cat netting the night before. He is very sadly missed. He was buried yesterday with full kangaroo honours next to his old friend Pino in the sacred ground outside the kanga enclosure. (Brett Clifton.)

Photos (not necessarily in order of descent) 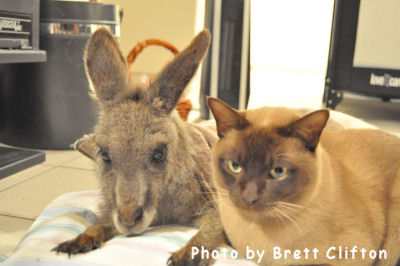 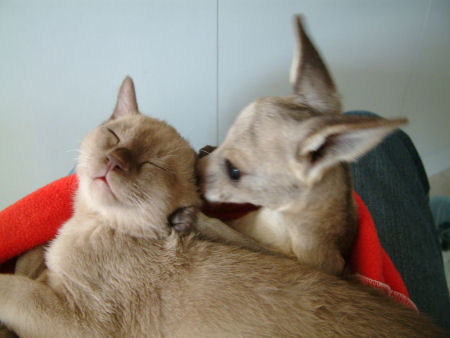 The rate of road-kill of koalas in Queensland, NSW, and Victoria is testimony to the unsustainability of human population growth and the cowardice of our leaders in the face of profit-driven developer groups. We drive too fast, we are too numerous, and we have far too greater impact. Are most of us ignorant, selfish and callous or is it mainly our leaders and the developers they protect? 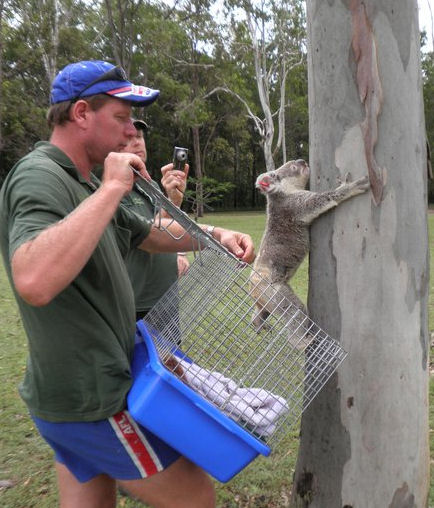 (Above) Yet another koala road accident victim. (Below) Ray and Murray Chambers return a koala to the wild. (Photograph from Sunshine Coast Koala Wildlife Rescue

Its all a little too late for the koalas, finally being listed as threatened and the rest of the world is waking up to the shame of what we have done.

Following a photographer from the BBC tagging along with the Sunshine Coast Koala Wildlife Rescue Service twin brothers, Ray & Murray Chambers, National Geographic Magazine included them in their feature in this month's issue, with photographs by one of the world's leading wildlife photographers, Joel Sartore. 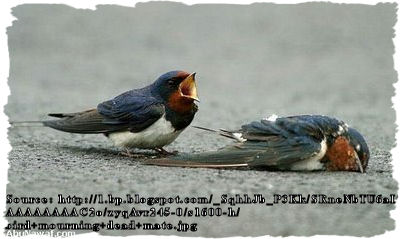 'It may be tempting to believe our 4WD has bumped over a wombat.' (from an article in a magazine)

Roadkill is driving some species towards extinction. Too few safe corridors for animals to find more food. Too many cars and trucks on many more roads through their habitats.

How about a campaign to stop carelessness about road-kill? This could encompass:

1. More careful night-driving. through countrysides and slower diving through bushland could prevent so many deaths and so many orphaned creatures that other people may then try to save, or don't.

2. Invention. Can a form of warning that is effective in warning for animals up to four minutes ahead of the coming killing-machine be invented for use by cars and trucks in places and at times that creatures are liable to be hit. Headlights can simply paralyse them in the middle of the road.

3. Safe crossing tunnels and overheads which are used in some countries. These should be build in places where many small animals get run over.

4. A British man eats road-kill as his way of preventing waste.