Is life as much fun as it should be or are our opportunities for enjoyment in daily life eroding? Brolga-Brolga explores the notion of a Gross National Fun Quotient and finds that Australia is deficient in this vital national resource. 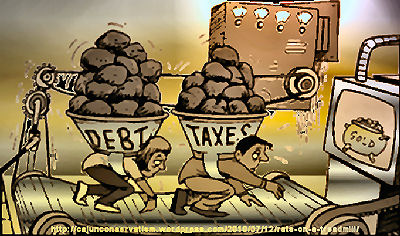 Is life as much fun as it should be? I’m tuned in a lot to the mainstream media, which gives me exposure to the prevailing messages to the masses and the local psyche. It was the nurses’ ongoing struggle to maintain their conditions and a phrase associated with this –“productivity improvements” that made me wonder if life was getting to be less and less fun. And I wonder how accurately productivity measures in a clinical situation like a hospital reflect the quality of the work done. What sacrifice is made by workers and patients in delivering “productivity improvements”? From the pressure that is being applied, it seems that there is absolutely no slack in the system to allow for nurses to be human, to have an “off day”, to “waste” a few minutes talking to patients or colleagues. Such intangible “time wasting” moments are fun; they make the job worth while. They make you want to turn up for work tomorrow and they increase staff and patient morale.

Are we in such a myopic, economically rationally straightened era that we can’t afford those moments any more?

Universities seem to be populated with stressed students either grappling with tertiary studies in a foreign language or flying in and out of lectures between part time jobs which are an economic necessity dictated by HECS fees and little government support. Do students still have time to goof off and hang out fermenting ideas with other students on campus in the hours before the next lecture? I doubt it.

My impression is that the whole country is in frantic perpetual motion! Mining workers fly in and fly out of their work places in isolated areas. Maybe it’s fun to begin with but it’s all about digging up stuff as fast as it can be shipped off and nothing to do with a reasonable life outside work for employees. A large sacrifice is made in that workers are absent from their families for the duration of their work stint. The lifestyle is mandated by circumstances and quality of life if is only incidental. In capital cities and larger centres both parents work now and so drop children of at crèche or school and then re-unite after work. No-one stays at home with the dog!

Dogs used to be good fun. I don’t own one at present but have had a total of 28 years of sharing my life with dogs. Where I live, everyone looks so serious as they stride purposefully to the designated off-leash area with their plastic bags tied to the leashes like flags, a signal of their dutiful consideration for others in a crowded suburb. They veer away from people walking in the opposite direction (if that person is not attached to a dog) as if to say “no one is going to accuse me of having an erring dog.” Looking after a friend’s dog recently I walked him in my street fully equipped with the requisite plastic bags. The dog sniffed around in the grass and even squatted in that unmistakable way but then changed his mind. I walked on with him and was immediately pounced on by a neighbour accusing me of anti-social behavior! I also notice that people walking their dogs don’t actually seem to have the time to do it. They plug something into their ears as they walk or else, they jog, cycle or skateboard as though they have to get the job done really quickly or do something else at the same time. This type of dog walking is no fun for dogs who, when liberated from the confines of a back yard, are subsumed into a world of tantalizing aromas and do not want to walk necessarily in a straight line at a constant pace. Rather they like to pull up or change direction without warning when arrested by a waft from a lamp post or distracted by a rustle in a bush. To be pulled along at cycling pace where any dog-initiated deviation will result in serious neck injury is not canine recreation! Some people actually don’t have any time to walk their dogs at all and pay a professional to do this. The professional I see at the local park looks as though he is having fun, at least. Yesterday he was in charge of about 5 dogs and took photos of each individually, wearing a small red and white trimmed seasonal hat. I must take my own hat off to these owners. They do love their dogs. The photos will go on the family Christmas card I guess. Perhaps paying the dog walker is akin to crèche fees.

It seems that a lack of leisure time is a big part of the problem. Whereas now we hear through the media that our huge problem is our aging population and the challenge of looking after them, just a few decades ago, the problem we all faced was what we would with our increased leisure in the future! How would we amuse ourselves with extra time on our hands ?

The problem never arose! Those who were going to be at a loose end dreaming up new activities to fill their unstructured time now work more hours than ever!

Robbed of time, robbed of space

Lack of space will also sap our capacity for uncomplicated leisure. Back yards are places to have fun but we have to give them up it seems. Every daily newspaper has an article about how we must give up our attachment to our outside play areas - our back yards. We must, we are told, be filed away in apartments on top of one another, unable to play outside on the spur of the moment. Even those lucky enough to retain a back yard seem to be making heavy weather of it ! It is no longer an unstructured relatively natural area but now must earn its keep and maintain its value (without being over capitalised) with swimming pools, concreted and paved areas, barbecue areas and decking crammed into the space. Will the kids still enjoy it?

Our 'leaders' bully and threaten us

The rhetoric from governments and business spokesmen is full of the threat that if we don’t shape up, buy more, move up, sell more, make more, produce more, be competitive, have more babies, import more immigrants - then we will sink into the quicksand of not keeping up.

My observations may be very subjective as is the notion of fun but I feel an increasing seriousness enveloping the world I know. Everywhere I look I see less fun, more angst. I think one would need to be oblivious or a committed optimist to believe that the gross national fun quotient was on the increase. Or perhaps I just haven’t grown up?

Apologist for growthism and global capitalism

Linsay Tanner has long been an apologist for growthism and nothing has changed recently. "We have always taken the position that whatever is required to sustain jobs, to sustain economic growth, will be done." (Source:Mark Metherell, "Budget deficit could reach $100b: Tanner," April 6, 2009)

“to […]challege that the Government's in the pocket of big polluters is just juvenile name-calling. It's an easy sledge from someone who doesn't have to get legislation through the Senate, manage the impact on the economy, and ensure community opinion remains onside.”

He therefore seems to admit that the government is in the pocket of big polluters, but rejects criticism about this as juvenile. He then rolls on to justify being in the pockets of big business with:

“Big polluters employ hundreds of thousands of Australians. Their activities are woven throughout our entire economic framework.”

Top down government keeps us on the treadmill

I wouldn't agree with the remark about 'ensuring community opinion remains onside', because how would the government or the community know what its opinion was? It doesn't get any chance to voice it. All we hear is the corporate media's opinion of what community opinion is, and it never asks us either.

The fact is that the government is so dependent on taxes from wage-earners that it cannot allow those wage-earners any freedom to reduce carbon emissions by, for instance, supplementing their incomes through relocalised production of essentials (home gardens) and to reduce of their own volition working hours and consumption in favour of a more sociable lifestyles (local democracy and production minimises travel and fuel consumption). If people simply slowed down production, this would take away from the government’s income and power as well as that of big business. (Slowing down production slows down carbon emissions and gives us more time with less emissions.) And the government’s overspending to continuously pump up economic growth relies on the constant import of more and more paying immigrants, in order to add to the numbers of tax-payers.

Rome did the same thing to avoid its own fall. Eventually it was selling citizenship and land just like Australia in order to get more tax-payers. This did not stop it from falling apart though.

The government’s policies are driving all costs up, along with the price of land, water and electricity, and its own debt.

Lindsay accuses the other side of ‘cheap rhetorical flourish’ about big polluters, but then he subjects us to his own cheap rhetoric about how “in the difficult real world of politics you don't always get everything you want.”

Well, in Australia, it seems like big business does.

Tanner follows up with,


“Key sections of the environment movement, such as the Australian Conservation Foundation and the Climate Institute, have accepted that the Government's proposals are reasonable.”

Towards his conclusion, Lindsay knocks the Greens for disagreeing with Labor and failing to “build coalitions with others who have different views”. Lindsay says this helps prevent any action occurring. But if you know Labor, ‘action’ means more of the same: more population growth, more debt and more deals with the big polluters – property development and infrastructure expansion. Lindsay should know: the ALP owns two big property investment companies of its own – Labor Holdings Propriety Limited and Labor Resources Propriety Limited. Wholly owned by the Queensland Branch of the Australian Labor Party. Both were built up by Kenneth Rudd and Wayne Swann. In fact I can’t really tell the difference between the ALP, ALP governments and commercial property development companies. (Source: Expert discusses 'deliberately confusing' labor donations.)

Lindsay also says he believes that the only reason the Greens join other non-Labor representatives to vote down Labor’s policies on climate change is to take votes from Labor.

Short lesson in power of small parties and independents in parliament

In fact, another reason could just be that the Greens are only doing what they can to stop the ALP from expanding the problem of increasing pollution. Here is a good video about the Greens and the role that small parties play in politics:
http://www.youtube.com/watch?v=EGD0VncZOFI&feature=related