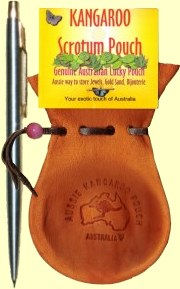 Captain Paul Watson, the Founder and President of the Sea Shepherd Conservation Society and Co-Founder of the Greenpeace Foundation, said recently.
“Thanks to the European Parliament, the Canadian harp seal hunt, the largest slaughter of a marine mammal species on the planet, has been brought to its knees and the market for seal pelts virtually abolished.”

“The merciless and cruel slaughter of the kangaroos in Australia”

"We must now focus our attention and our efforts to have economic pressure brought to bear on the largest slaughter of mammals on the planet – the merciless and cruel slaughter of the kangaroos in Australia.

"These wonderful animals that have inhabited Australia for tens of thousands of years before the arrival of their ruthless killers, are sentient social creatures that have a right to survive unmolested by the cruelty of humankind.

"Thirty years ago, Australia was a whaling nation and the blood of the whales stained the sand and the water of Australian beaches. Three decades later, Australia is one of the most powerful voices in the world condemning whaling. [But] what other nation slaughters its national symbol with such ruthlessness and indifference?"

"Will Australia continue to allow Japanese whalers to scoff hypocritically at Australia’s opposition to whaling while condoning the mass slaughter of kangaroos?

"And will Australia be subjected to the humiliation of having other nations condemn the slaughter and embargo the products?"