This area is sublimely beautiful. We simply CANNOT let a dam be built here! How many creeks in Australia still have crystal clear running water in their creeks or rivers? 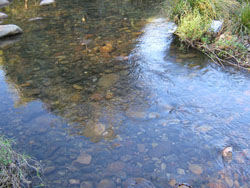 How many areas have such a diversity of native fauna and flora as at Byrrill Creek?

In addition to the extensive material found in my other article on Byrrill Creek (see http://candobetter.net/node/2256 ), here are some more reasons to oppose such a dam in this pristine, irreplaceably precious location:-

Anyone who has been in awe at the beauty of nature, its perfection of form and the delights it brings to the heart, the soothing of 21st century stress and upliftment of the soul would most likely have had the same response that I had while observing outrageously loud and wrecklessly fast racing cars shatter the silence as they ripped through the most pristine rainforests of Australia ....

On 27th August, 2009, in Milne v. Rally Australia Pty Ltd, Federal Court Justice Stone was assigned to hear the case in Sydney for 3 hours. The Judge had only just received the last of the reports an hour before the hearing and admitted she had not had time to read all the material.

Fastest case in the history of Tweed Shire?

“It was the fastest case in the history of Tweed Shire. The Judge was able to somehow determine the case in about 10 mins flat after we began," commented Cr Milne. "We didn’t even have a chance for all the issues to be heard. The rally has assigned 600 police for 5 days including training, but they couldn’t even assign a Judge for a proper full day trial to hear all the evidence." 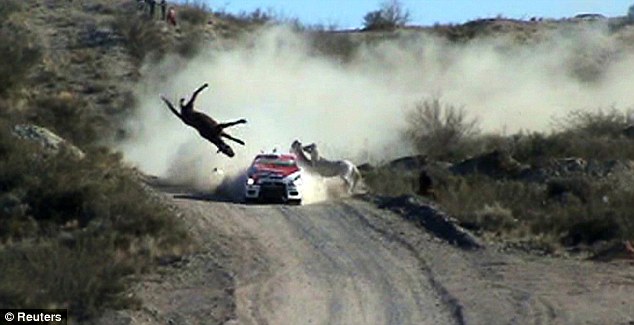 This happened at a rally in Argentina August 15th 2009

An Injunction is being served on Repco Rally Australia tomorrow Thursday 2.15pm forcing Peter Garrett to call in their ecological survey for review. Please contact the Minister ASAP before then asking him to call in the rally.

There are 12 nationally listed threatened (endangered and vulnerable) fauna in the area and 34 migratory birds that have not been adequately assessed. These are species of national environmental significance that need to be reviewed. Factors such as the stress induced by 'mitigation measures' (low-flying helicopters, compressed air sirens and hand horns) will contribute to death of species from nest/fledgling abandonment. Stress myopathy deaths of macropods were not addressed. Barriers by creeks containing endangered Giant Barred Frogs will not contain the substantial dust and sediment generated by more than 100 rally vehicles going over 200kph along 350k of dirt roads every day for 4 days.

For MPs who voted FOR this awful bill, click here

The following is from a speech to the Legislative Council of the NSW parliament by the Reverend Dr Gordon Moyes [1]. (Headings and new punctuation have been added by a Candobetter editor):

The Motor Sports (World Rally Championship) Bill 2009 is a bill for an Act to facilitate the conduct of the international motor sport known as the World Rally Championship. Clauses 13, 14 and 15 override the Local Government Act 1993, the Forestry Act 1916, and the Water Management Act 2000 by allowing the Motor Sports (World Rally Championship) Bill 2009 to authorise people to take actions that are expressly not permitted by those Acts. Clause 20 protects the exercise of certain functions of the Minister, or any delegate of the Minister, or a public authority, from challenge or review before a court or administrative review body, or from being restrained, removed or otherwise affected by any proceedings.

Candobetter Ed. Record of debate, remarks and conduct below has been edited, for instance, headings have been inserted to highlight parts, and some repetitive items have been left out, as indicated by square brackets. The source of the entire document may be accessed in its original form here http://www.parliament.nsw.gov.au/Prod/parlment/hanstrans.nsf/V3ByKey/LC20090623:

This blue-green jewel floating in space that we call planet Earth is dying. There are 16,000 species at risk of extinction in the world today. This mass extinction is caused by one species – us – and may well include us.

Australia has the worst reputation of species extinctions having driven 38% of its mammal species extinct in just over 200 years. The Tweed Shire has probably the most biodiversity in the whole country yet a whopping two thirds of our species are at risk of extinction. We could stop biodiversity loss right now – there are plenty of laws in place to stop it but they don’t appear to be enforced.

The human species needs biodiversity to survive. We live in a complex web of life that has taken billions of years to evolve. If bees became extinct all of life on this planet would end in just four years, according to Einstein. If plankton became extinct, we wouldn’t have enough oxygen to breathe. Even earthworms tilling and fertilising the soil are more ecologically important than humans.