The battle for Brown Mountain is on

The immense trees that have sheltered and raised hundreds of generations of owls and gliding possums are now being hacked down by VicForests. The understorey of tree ferns and waratahs, twining silkpod and musk daisy bush are being crushed into the mud by 40 tonne bulldozers.

Victoria’s Brumby government is allowing their logging department to destroy these ancient treasures - home to threatened species like the Powerful and Sooty Owls, the Long-footed Potoroo and the secretive Spot-tailed Quoll.

This is the forest that was promised for protection in 2006 by the State Labor Government. So why is it being destroyed now? … (click here) read on … 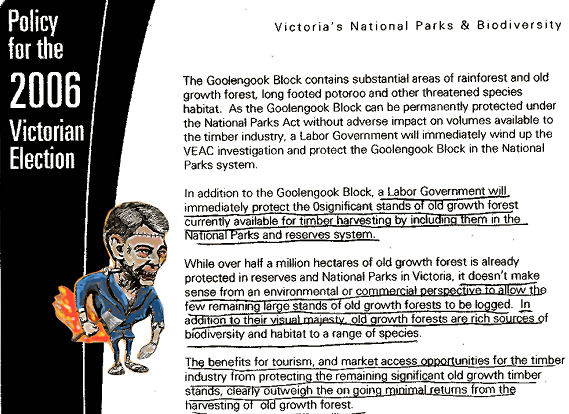 In 2006, the then premier, Steve Bracks, made a promise to “protect all significant stands of old growth currently available for logging”. This, with several other areas called icon forests amounted to about 41,000 ha. However, he also promised there would be no impact on the logging industry - an impossible undertaking.

A few days before the 2006 election, the Environment Minister’s office (then John Thwaites) did a quick and dirty job of throwing the old growth maps together -. It was so badly mapped it included cow paddocks, logged forest and burnt regeneration. In the two years since this promise was given, hundreds of hectares of Old Growth Forest have been logged while conservation groups tried to engage a stubborn government to reassess the maps. Cow paddocks were safely protected, but magnificent old growth was crashing to the ground.

Post election, the Labor government engaged a couple of logging industry supporters to write a report on how the industry in East Gippsland would manage if these forests were protected. Pete Steedman was an old ALP head-kicking hack and Graham Gooding was the former head of the Victorian Association of Forest Industries. The result was a great piece of fiction and spin that only the logging industry can create. For instance, despite the fact that the declining logging industry provides less than 2% of the region’s employment, their document claimed it was 50% or more. Fearful of a union backlash, the government did nothing - no reassessment of maps, no protection, no tourist walks, no pay-outs; just more clearfelling of old growth forests.

The year 2500 is a long time to wait for these big trees to regrow again.

The maps also left out the very area that was promised for the visitors’ walk. In the 2006 policy document Victoria’s National Parks and Biodiversity, Mr Bracks stated he would “Invest $1.3 million to create … the Great Short Walks of East Gippsland”. This was to include the “Old Growth Walk - Goongerah” (Goongerah is the nearest small town to Brown Mountain).

In the late 1990s, a member of EEG discovered this magnificent stand of forest and called it the Valley of the Giants. Since then hundreds of visitors have experienced these grand trees, which have names like Almo, Lofty, Uncle George, Steadfast and Big Foot. The track was tagged and has become a well known but unofficial walk that is easy to access on a gentle slope and with the Brown Mountain Creek rainforest running through the centre. We have taken two parties of government officials in there in order to negotiate this area becoming formally recognised as a walk. Now half of it has been hacked down. 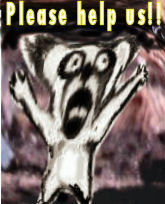 VicForests was created in August 2004 to ensure logging public forests was a profitable business. It has never made a profit since then despite millions in govt handouts. The unruly band of old-school loggers within VicForests could see that Brown Mountain might be protected before they could get to it’s real estate, so in early 2007, they planned for last stands of unprotected old growth to wiped out.

EEG duly sent our formal objection to VicForests, as part of the sham called ‘public consultation’. VicForests’ duly told us that it was all perfectly legal and to bugger off. They later told the Minister’s office they didn’t know this coupe was contentious or a planned walk!

In late October 2008, VicForests sent the loggers in to start wiping these carbon, water and wildlife rich forests off the face of the planet. Not to mention our old growth walk. Not only that but they had to gall to name the coupe “The Walk” in full knowledge of what they were doing; another example of the goading, fibbing, cowboy nature of this organisation.

These trees would have been mature when Shakespeare was writing his plays. The tree ferns that shelter beneath them could be twice as old. The forests have survived hundreds of years of storms, snow, drought and the occasional fire. They are now being obliterated from the landscape in 4 weeks by a team of 5 men - as part of an “approved logging operation”. Work for five blokes for four weeks. Gone forever.

The great irony is that in 1995, when John Brumby was in opposition, he made a very stirring speech at a forest rally in Melbourne.

"... that's what we'll do when we're in government
- no more export woodchipping,
an industry in the future based
on plantations and the proper protection
of our high conservation value forests." (John Brumby 1995)

See the link below, for the video footage of his powerful words. 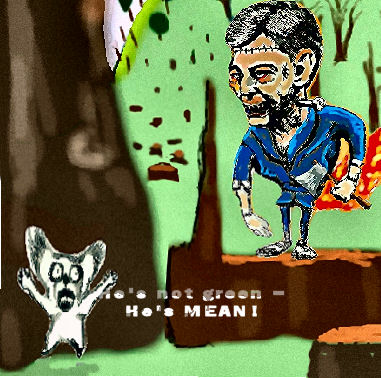 Who is the government afraid of?

Is this government so easily cowered by a bunch of ruthless welfare recipients that run VicForests? Or is it the weedy might of the loggers union that scares them?

Please - write letters to Gavin Jennings and John Brumby expressing your outrage. Enough old growth forest has been destroyed and converted to pulpwood farms in East Gippsland over the past 40 years. Far too much of the little that remains has been lost since their 2006 promise to protect our old growth.

The logging of this most significant stand of old growth on Brown Mountain is the ultimate statement of contempt for the public’s deep concern and love for our ancient native forests.