MH17 Airline tragedy and Abbott's antics: Who needs evidence when you've got 'conviction'?

In a political situation that could just end up as World War Three, Australian Prime Minister, Tony Abbott has been barging about like a frightening drunk with his atrociously prejudiced and premature statements assuming Vladimir Putin and Russia’s guilt in the MH17 airline tragedy. Even more alarming that his pathetic bids to make world stage on the matter have been reported with such hokum gravitas by the Australian mass media. 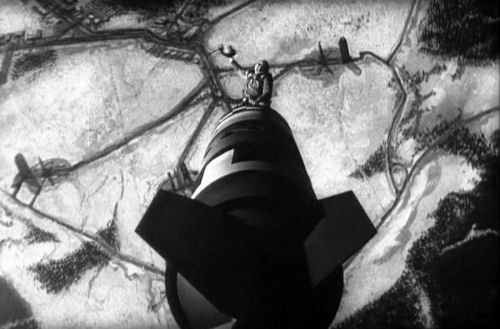 The Australian mass media have jumped on the anti-Putin bandwagon like dogs attacking a [politically] chained bear on command, after showing almost no interest in the Odessa Massacre and other world-class atrocities carried out by the Ukraine regime they all back. Added to this, Bill Shorten’s remarks about uninviting Putin make him seem like some shadowy ape jealously mimicking Abbott’s hysterical antics on the world Punch and Judy stage. The remarks of the British Prime Minister have been similarly ill-judged and Hilary Strangelove-Clinton’s were sinister. “To put Putin on notice that he has gone too far and we are not going to stand idly by.” (http://www.theguardian.com/world/2014/jul/18/mh17-hillary-clinton-says-russian-backed-rebels-likely-shot-down-plane) In fact, the anti-Russian side has still not produced evidence that Russia has been supplying any help to the separatists in Eastern Ukraine over the past few months and it has not produced evidence that Russia or the East Ukrainian rebels had anything to do with the shooting down of MH17.

We have been collecting a few headlines over the past few days and shaking our heads with dismay at the hopeless obedience to their masters and the political ignorance of Australian journalists. We wonder, are they all just syndicated real-estate ad writers in their day jobs?

Here are some examples of apparently uninformed and prejudicial reporting:

So, no need for an investigation, apparently?

Weekend Australian, July 20-22, 2014. “A crime against humanity”. In this article, the author proceeds as if they have hard evidence against Russia, whereas there was none: ”The nation has been plunged into mourning over the deaths of 28 Australians in a missile attack by Russian-backed rebels in Ukraine on a packed Malaysia Airlines flight, an attack that Tony Abbott condemned as a crime against Australia and the world.” Well, it was a crime against Australia and the World but we still don’t know who did it or why, although early evidence points more at the Kiev regime.

What would Obama have the rebels and Putin do that they are not already doing, other than surrender the evidence to the Ukrainian government so that it can hide it?

“Stay away Mr Putin”, Sunday Mail, July 20, 2014 by Jason Tin, Stephen Drill and Samantha Maiden. It continues, “Australia doesn’t want Russian President Vladimir Putin in Brisbane for November’s G20 summit, unless he co-operates fully with the manhunt for the terrorists who blew MH17 out of the sky.”

We might just as well call for the United States and Australia to cooperate and yield to the international investigators the evidence they have that proves their allegations against Russia and Putin or stay away from the jolly G20.

The Australian, 21 July 2014, front page:”Irate West demands Putin’s help”, by Brendan Nicholson and Stefanie Balogh. […]The international community is outraged over Mr Putin’s denial of any Russian involvement and his refusal to support an investigation or to exert influence over pro-Russian militia controlling the crash site.”

In fact, the pro-Russian militia is fully cooperating and there is no reported obstruction by these anti-Kiev Eastern Ukrainians (pro-Russian is a bit of a misnomer), however there is evidence that Kiev has prevented an international team from joining international observers in East Ukraine, where they are awaited.

The Australian, 21 July 2014,page 4, “Sad truth is the ability to pressure Moscow is limited.” Greg Sheridan, Foreign Editor, Washington: “The growing worldwide condemnation of Vladimir Putin over Russia’s involvement in the downing of MH17 has been effectively led by Tony Abbott, but may yet yield little in concrete results.”

The Australian, 22 July 2014, front page: “Putin backs recovery of bodies,” by Jamie Walker and Brendan Nicholson. This is another ‘when did Putin stop beating his wife’ kind of article. It begins by pretending that Putin was recalcitrant about cooperating with an international investigation into the MH17 tragedy, implying that he is now responding to pressure: “Vadimir Putin has bowed to international pressure and pledged Russian support to recover bodies and key evidence…” […]

The article goes on to imply, without any evidence at all, that Russia is obviously responsible for the downed airliner, but not admitting to it: “Despite fresh buck-passing over who was responsible for shooting down the Malaysia Airlines plane[…], the Russian President promised ‘full co-operation’ to end an impasse with Russian-backed rebels and enable the dead and the crucial black box recorders to be handed over.”

All through these disinformative articles the idea has been promoted that East Ukrainian separatists who do not approve of the US-backed oligarchy in Kiev are in favour of becoming Russian and are supported and backed by the Russian Government. In fact, they are primarily seeking independence from the Kiev regime, which would like Russia to close its border against hundreds of thousands of women and children refugees who are fleeing it. Those remaining have been fighting with few weapons against heavy aerial bombardment from the Kiev-regime military and para-military who have committed many atrocities which have not been reported by the media and which do not seem to bother Mr Abbott or Mr Shorten or the various ‘journalists’ employed to pen propaganda in the Australian mainstream press.

Not the first time commercial airline shot down

Before pointing the finger and blaming anyone, we should keep an open mind. Leaked audio clips reveal the moment Russian rebels realise they have shot down flight MH17, Ukrainian intelligence agencies claim rebel commander Igor Strelkov boasted his forces had shot down a Ukrainian air force Antonov-26. He tweeted: “We just hit down An-26. We warned you… do not fly in ‘our sky’. Another intercepted phone conversation between two militants known as "Major" and "Grek" was made just after they apparently inspected the wreck. Major is recorded as saying: “It’s 100% a civilian aircraft.” http://www.mirror.co.uk/news/world-news/mh17-crash-hear-moment-russian-3... The US government believes that pro-Russian separatists most likely shot down a Malaysia Airlines jet "by mistake," not realising it was a civilian passenger flight, US intelligence officials said. http://www.smh.com.au/world/rebels-likely-downed-mh17-by-mistake-say-us-... If MH17 was shot down by a missile, as US intelligence officials have claimed, it will not be the first time a passenger jet has been the victim of military error. Siberia Airlines Flight 1812 came down over the Black Sea on its way from Israel to Siberia in 2001. The USS Vincennes, a guided missile cruiser, was in the Persian Gulf in 1988 to help keep the key oil shipping lane open and to monitor the war between Iran and Iraq. According to the U.S. government, a helicopter from the Vincennes came under warning fire from Iranian speedboats. Instead of being an F 14 fighter plane, it was actually a civilian Iran Air Airbus A300, flying over Iran's territorial waters on its regular route from Tehran to Dubai in the United Arab Emirates. The Vincennes fired a surface-to-air missile that destroyed the plane, killing all 290 onboard. Under a 1996 agreement at the International Court of Justice, the U.S. agreed to pay Iran $61.8 million it’s rare for a civilian airliner to be shot down from the air even though it’s not unheard of. With the number of conflicts growing globally, and airspace of Europe being crowded out by growing international airtravel, it's becoming increasingly difficult to ensure that they are safe. The innocence of the world has gone, and the distinction between military, civilian and commercial is not so easily discerned. It leaves little comfort for the victims, and those grieving their losses.