I've just been made aware that there is another population aware candidate in the Melbourne by-election tomorrow. The relevant part of his policy is to "Reduce population to sustainable levels by allowing birth rates to decline naturally (remove the baby bonus) and reduce immigration rates; Accept regional climate refugees and commence migration of drowning pacific island communities; Transition to a non growth based economy, continue knowledge growth and service and technological improvements." Inside is his full platform. 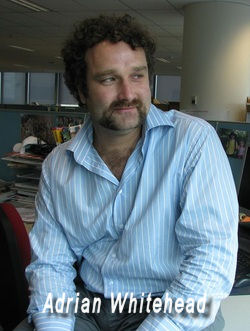 Hi my name is Adrian Whitehead. I am running in the Melbourne by-election as a climate emergency independent. One of my leading 11 policies includes the issue of reducing our population to sustainable levels. This could be done by allowing birth rates to decline naturally (remove the baby bonus) and reduce immigration rates to a level that ensures we have a population reduction. Our planet is under massive ecological and climatic stress, reducing population is one key way we can help reduce this problem as we as maintaining the quality of life in our cities which are becoming over crowded, congested and spreading ever further into surrounding farm land. I have a back ground in ecology and environmental activism and currently research climate change solutions in the Land Use sector as part of a joint project between Melbourne University and Beyond Zero Emissions.

Economy
transition away from a material growth the based economy and monetary system, while maintaining knowledge and service growth and technological improvements
reduce corporate power and influence while creating a social and environmental responsibility as part of their corporate charter
promoting global equity
fair trade not free trade

Ashley Fenn believes the three main issues facing Melbourne residents are: -Traffic congestion and related pollution. -Cost of living. For most Australian households, the cost of living is an increasing concern. -The Economy. With the current coalition of the ALP and the Greens, our country is wasting millions of dollars every day, increasing debt for future generations. At the same time, he sees Market forces causing Melbourne’s population continue to grow, regardless of political interference. He has failed to join the dots between cause and effect, and illness and symptoms. He says that "ln light of this, it is essential that all residents – current and future – have access to suitable amenities, thereby ensuring Melbourne continues to be a great place to live". As a Family First, by definition, they should put the welfare of families ahead of greed and economies of growth that put pressure onto families. All his primary concerns are related to economic/population growth symptoms. Our population growth is not simply a victim of market forces, without political input. A Christianity-based political party about social justice, fairness and should focus on equality and eqalitarianism. The God of Mammon, or materialism, is all empowering, and our city planning has been hijacked by developers and those with vested interests in property and growth. It's contrary to any concern for families, and future generations. Population growth is stealing the well-being and futures of our kids. Family First should be put last, along with the Libs and Labs. http://www.melbournetimesweekly.com.au/news/local/news/general/melbourne...