This disgraceful rebadged “Statement of Planning Policy” for Macedon Ranges (home of Hanging Rock) sets a damaging growth plan in concrete as State policy for Macedon Ranges for the next 50 years, perpetuating the direction of our previous council (and apparently the State government), not the new direction taken by the new councillors. 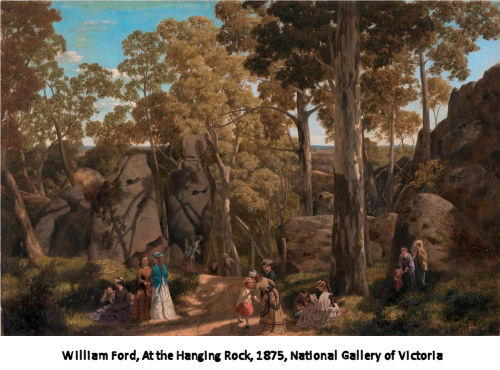 The officer’s recommendation is that council receive (not endorse) the document; makes it clear the document is a creature of the State government; and makes suggestions for some changes. These include requesting Ministerial Guidelines to give direction on how the Statement is to be implemented, because despite recommendations and requirements that the document itself include this fundamental component, it doesn’t.

Minor changes since January simply reshuffle the deckchairs. The gross deficiencies of the original Localised Planning Statement (now re-badged as a Statement of Planning Policy) remain. It’s still a growth plan, it still doesn’t implement the recommendations of the Macedon Ranges Protection Advisory Committee, and – unbelievably – still doesn’t connect with or implement the Distinctive Areas and Landscapes legislation.

So, other than temporarily moving the settlement boundary back to the existing town boundary at Woodend, nothing you or apparently councillors or officers have said has made any difference.

· Doesn’t make policy statements about how things will be done but a series of weak objectives and strategies about how it is hoped things might be done.

· Instead of being based on Statement of Planning Policy No. 8, condemns SPP8 to oblivion. With it goes justification for current planning controls, including protection of township character (which isn’t a “must” in the new Statement), and no further subdivision at Macedon and Mount Macedon.

Still ignores Macedon Ranges Protection Advisory Committee’s recommendations both for preparation of a statement, and policy e.g. “Landscape, biodiversity, cultural heritage and township protection must be a cornerstone of policy protection for the Macedon Ranges. The conservation of the Shire’s landscapes is of critical importance.” Not there.

· Where absolute clarity is demanded it nails nothing down, increasing uncertainty with “encourage”, “discourage”, “aim to”, “voluntary”, “should”, “consider”, “manage”, while “must” is confined to protection of extractive industries.

· Maintains separate policy domains, without saying how all of these work together.

· Is still not binding on public entities (including council), and only requires these bodies to have regard to the Statement, where relevant.

· Still singles out only “significant”, “State” “National” “high value” and “features” as important.

· Forgets to include almost half of the Shire’s drinking water catchments, and still makes biodiversity dependent on a website address.

Provides absolutely no guidance about dwellings or other development in rural areas, or in towns.

· Is still a growth plan that ignores the Distinctive Areas and Landscapes legislation and sets expanded settlement boundaries without parliament’s approval.

· Still doesn’t include settlement boundaries for Gisborne and Romsey.

· Elevates Kyneton to a “Regional Centre” (10,000+ population) and falsely attributes this to the Macedon Ranges Settlement Strategy when the State government is making it so.

Includes the previous council’s deplorable In The Rural Living Zone document (the one based on advice from real estate interests) as a reference document AND requires its on-going implementation, including converting high quality agi soils at Romsey and Farming zone at Kyneton into 2ha blocks.

This disgraceful rebadged “Statement of Planning Policy” sets these weak, vague aspirations and a damaging growth plan in concrete as State policy for Macedon Ranges for the next 50 years, perpetuating the direction of our previous council (and apparently the State government), not the new direction taken by the new councillors.

Please email your support and encouragement to Macedon Ranges Councillors to not endorse this Statement, and/or attend the special council meeting at Gisborne Shire Offices next Thursday, 7.00pm.

And let this be a lesson and warning to any other areas in Victoria that want to become ‘declared areas’.

Bob Carr: Politicians out of step with Australians on population

*Speakers: Philip Adams (P), Male (M), Bob Carr (B) *Program: Late Night Live, ABC Radio National *Date: 11 September 2018 M: How can we better manage population in Australia? B: I’m a minority of one in Australian politics. The most heretical thing you could say in Australia apart from advocating – which I don’t – neutrality, that is, getting out of the US Alliance – the most heretical thing short of that you could say in Australia is that, is to question the notion that we need to remorselessly pump up our population, because our national civic faith encompasses this idea. It’s the most powerful part of Australia’s civic religion. It’s built in all of us because what happened, Singapore, February 1942, is part of Australia’s DNA, the notion that we’re a huge continent, we’ve got a small, mainly European-derived population and that there are Asiatic empires itching to take it off us is very real in how Australia sees the world and the fear of abandonment. Hence populate or perish. I just question it, on planning grounds, on ecological grounds, on economic grounds. I’ve been urging Australians to think twice about this, and to keep this naturally separate from arguments about the composition of the migrant intake or any cultural or social considerations. In other words, it’s about the numbers, stupid, that’s the only debate I want to have on this subject. And I actually find I can talk to Australians anywhere and they understand instinctively what this is about and that includes migrants, that includes Australians born overseas. Australians more and more are questioning whether a continent that resembles North Africa – narrow, fertile coastal strip – more than it resembles North America – sprawling continent, Rocky Mountain range, rivers flowing down on both sides, irrigating the whole continent. We’re more like North Africa. Australians get it, Australians get it and they’re just beginning to ask – I think there is a tilt here, a shift in the understanding – they’re just beginning to ask their leaders do we really need to turn our big cities into forests of high-rise and make the other compromises designed to fulfil Canberra’s dream that we should have the most ambitious population growth rates, the most ambitious immigration targets of any of the world’s developed countries?