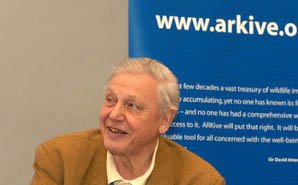 Melbourne University reproduction expert Roger Short argues that Australia’s population growth – apparently increasing by one person every two minutes - is out of control, increasing the rate of global warming.

While Victorians are supposed to be reducing greenhouse gas emissions, at the same time our government is pushing for high rise developments and population growth.

High density housing advocates say planning policies must compel higher density in order to save energy and cut down on greenhouse gas emissions. However studies using a diversity of methods demonstrate the converse. The Australian Conservation Foundation Consumption Altas calculation of per capita greenhouse gas emissions shows that those living in high-density areas are greater than for those living in low-density areas. Our cities are becoming hotter and less sustainable.

A combination of climate change and urban growth will push temperatures higher in cities worldwide, say researchers. Dr Richard Betts, a climate scientist in the UK, and colleagues found not only do cities retain more heat than rural areas do but hot cities will grow even hotter as the climate warms and cities grow.
By mid-century, night-time temperatures in cities could rise by more than 5.6°C, they say.

As cities grow warmer, it will become even more important to invest in urban cooling strategies, the study suggests, such as white roofs, green spaces, calculated window placement and other architectural decisions that allow buildings to spit out fewer greenhouse gases and less heat. This means more investments and infrastructure needed for high density buildings to replace what Nature provides naturally – and free!.

The Third Intergeneration Report’s “projection” (or social-engineering) is that Australia’s population is likely to reach 35.9 million by 2050.

The Rudd Labor Government pledged to reduce greenhouse gas emissions in Australia by 5 per cent relative to year 2000 levels but this cannot be achieved if Australia’s population grows as projected. Treasury modelling indicates that, with business-as-usual, emissions will reach 774 million tonnes by 2020, 40 per cent above the 2000 level. However, it is set against government encouraged population growth of 20% by then.

Braking the rise in Earth's population would be a major help in the fight against global warming, according to an unprecedented UN report published in 2009. It draws a link between demographic pressure and climate change. "Population growth is among the factors influencing total emissions in industrialised as well as developing countries," it says.

Our growing population and relatively emissions-intensive economy means that we will have higher adjustments costs than many other developed countries to reach ostensibly similar goals. Our government's posturing on climate change and ghg emissions is purely rhetoric while we in Australia continue to boost our population. How can we be taken seriously, internationally, with such hypocritical attitudes – that we can continue to grow our population and economy but other nations must reduce their greenhouse gas emissions and “save” the planet.

Sir David Attenborough said, there is no major problem facing our planet that would not be easier to solve if there were fewer people and no problem that does not become harder (with more people).

A population growth of 20% by 2020, and at the same time a symbolic reduction of greenhouse gas emissions, is inherently contradictory and people will be forced to pay an ineffective carbon tax.

While human populations expand, renewable energy sources must continue to outstrip increasing outputs of carbon emissions to achieve this target. The carbon tax will simply burden the people of Australia, and net greenhouse emissions reduction will be outside their control.

According to a global financial services study, a carbon tax will have to be set at $60 a tonne -- three times the expected $20 tax to be set next year -- to force electricity generators to switch from dirty brown coal in southeastern Australia to cleaner gas to reduce greenhouse emissions.

With privatisation of the power suppliers, the market forces needed for them to switch to renewable energy, rather than passing on the costs to consumers, would be considerable.

The carbon tax will be a financial burden on families, and businesses, and do little to actually address climate change while at the same time our population continues to boom!