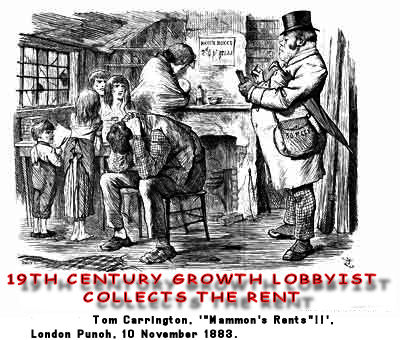 Bernard Salt says that there's a strong need to lift the number of taxpayers in Australia during to pay for the retirement needs of the baby boomers, that mob of imminent retirees born between 1945 and 1960. And it's not a Ponzi scheme, he says, noting that the baby boomer bump is a one-off. Whereas Kevin Rudd said in October last year I believe in a big Australia, Julia Gillard is now saying I do not support the concept of a big Australia. Bernard Salt's main concern is that we need strong population growth to support a rising tax base in the coming decade. At least he is inadvertently revealing the real rationale for population growth – a bigger tax base! New figures released last week by the ABS show we added 432,000 last calendar year. Bernard Salt is a Partner of KPMG, a financial services company, based in Melbourne.  Bernard holds Bachelor of Education and Master of Arts degrees and is a Fellow of the Australian Institute of Company Directors. He is considered a demographer.

His view is that after 2020 it will be a bleak time for Australian investors, as baby boomers retire off. Salt predicts that as the growth in the number of centenarians continues to outpace every other age group in Australia, governments will struggle to afford to keep them alive. These are very expensive years to maintain, he said. Dismissing people as economic burdens is clearly his way of evaluating people, as economic units! His solution? Keep growing the population to 'balance” older people, despite the fact that all populations grow old eventually. This is a simply life cycle. Many older people are self-funded now. The real costs in taxes is actually in supporting population growth! If we continue with our forced population growth rate, will will continue to have not one-off “bumps” of older people, but cumulative mountains of them.

Size of wallets to determine our future?

Despite the costs of population growth, the scientific facts as opposed to columnists’ opinions, it will be the size of our wallets that determines our future?   Economics alone cannot be the simple rationale for justifying a "big Australia", as suggested by Bernard Salt.

(Melbourne's sprawl - Wikimedia Commons) If we stabilise our numbers, we won't need the big tax base. We won't need the continually increased spending on schools, hospitals, roads, freeways, law enforcement, water and power infrastructures. The amounts would be fixed and stable, except for maintenance. There are many dimensions and implications of increasing our population, and the only "benefits" are economic ones, simply devoid of the multitude of considerations.  People are not a economic units that can be stacked and stored for financial benefits, like factory farmed animals. The costs of population growth are many, and are financial, environmental, wildlife losses, social and in living standards.

Prior to European settlement, there was little bare soil in Australia apart from the areas that were sparsely vegetated in the semi arid and arid regions . Erosion in pasture lands has doubled from natural conditions, with a five-fold increase for improved pastures. Soil stability is essential to the health of the vegetation growing in it and the other biodiversity inhabiting that vegetation. Vegetation is also essential to maintaining soil stability. If our arable, fertile coastlines and vegetation areas are covered by housing, infrastructures and developments, Australia's capacity to maintain viable biological services would be severely compromised. Grazing is the main land use contributing to total soil erosion across assessed river basins, because of the vast areas involved in grazing and their location in northern Australia.

The number of species on Earth was gradually diminishing – not by the slow inexorable processes of extinction on a geological time-scale, but through the landscape changes imposed by human ‘development’ – by clearing, agricultural chemicals and housing developments as well as the more direct impacts of hunting and gathering to satisfy an exponentially growing human population. "Sustainable growth" is an oxymoron as nothing can growth forever while our land and natural resources are finite.

The overlay of climate change will impact more, and large communities are more at risk from threats and extinction than small, flexible, and diverse communities.

If Population Minister Tony Burke is still conducting his inquiries, how do we know that he might not conclude that Australia could indeed expand to 35 million, or to 40 million, by mid century? If so, should we expand to our maximum numbers, deny climate change, and deny the livelihoods and an intact, beautiful Australia, to next generations? How will they be able to grow, or will they be forced to stabilise their numbers? This short-sightedness is based on consumerism, greed, and ignores the multi-dimensional costs of expanding our population.

Clearly a big Australia means big taxes and higher prices for scarce services, resources and shelter. In fact I think that your illustration should say this, rather than simply query whether a small population means big taxes. By the way, pre-war populations paid much less tax than we do. Big populations mean less democracy as well. Thanks for the article, Vivienne. Sheila Newman, population sociologist home page Copyright to the author. Please contact sheila [AT] candobetter org or the editor if you wish to make substantial reproduction or republish.

From what Tony Burke has said in recent days, I think it most likely that the immigration program will remain large with the skilled migration component getting a bit of a haircut.

Big Business will get its way

The major national newspaper all cry out for infinite population growth. Big business has spoken, and big business will get its way. Prepare for a "big australia" of 50 million by 2050, about 120 million by 2100 - and then looking into the more distant future, about a billion by 2200, provided civilization hasn't collapsed completely by then.

Gillard in Rudd Drag - all electioneering rhetoric and no action

Asylum seekers account for less than 1% of Australia's immigration. As for the remaining 99% checking legally through airport customs, Gillard has done nothing. Gillard is Rudd in a skirt - she's Rudd in Drag!