Despite The Age's headline, "Populate or Stagnate," (March 10, 2010) most of Saul Eslake's[1] article is about admitting the costs of population growth. He makes some very useful admissions (see the phrases I have marked in bold, below).

Even at the end when he swings round predictably to backing growth, he warns his allies:

"But building public acceptance for ''a bigger Australia'' requires a greater willingness to acknowledge that it has costs, as well as benefits. It also needs more readiness to deal with those problems than has thus far been shown by those most enthusiastic about the benefits of faster population growth."

This is a tactic the growth lobby and our politicians are already following. At the Queensland Property Council's conference last Friday both Anna Bligh and Tania Plibersek repeatedly stated that they understood people's pain, and that they admitted and deeply understood the problems population growth was causing. Yet in the end their solution was to press on regardless and tell people to get used to it. Hence they talked vaguely about how "better planning" or "us in government trying harder" or "letting people see a few iconic examples of good high rise development as soon as possible" would solve the problem. I call this their "Yes, repeat No" approach. 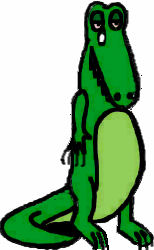 "Yes, we hear your pain and we understand absolutely. No we don't intend to take any notice of your protests."

While this tactic is infuriating, it is also a sign that they know they are in a weak position. It will rapidly become untenable if we articulate (as I have above) what their ploy is, and demand that they stop doing it (or even that they apologise for having tried to hoodwink us with it).

In Saul's case, he hangs almost everything on his argument that if government was prepared to borrow more boldly to provide extra infrastructure in advance of the population needing it rather than, as at present, "in a discontinuous or ''lumpy' manner" ---then the problems of population growth would be solved.

As she points out, the reason governments can't catch up with infrastructure is that the costs of infrastructure for additional people so vastly exceed the extra benefits that extra people bring. The infrastructure costs can in some respects outweigh the economic gains by as much as 30 to 1.

Saul's (and the Grattan Institute's) biases also show when he lists the "dampening" of wages in favor of business profits as a self-evident good.

Mr Eslake seems to have placed the same article in several papers and online forums. Google "saul Eslake" + "Populate or stagnate" for the list.

[1]Saul Eslake was for 14 years chief economist at the ANZ Bank. In August 2009 he moved to the Melbourne-University-affiliated Grattan Institute as Program Director for its Productivity Growth Program. The Grattan Institute is part of the growth lobby, or in the more genteel language of the University’s media release “The Grattan Institute is a new think tank aiming to shape the direction of debate on many of the important challenges facing Australia. It was set up with substantial support from the University of Melbourne in conjunction with the Commonwealth and Victorian Governments, and BHP Billiton. Note by Mark O’Connor )

"Costs of infrastructure for additional people so vastly exceed the extra benefits that extra people bring. The infrastructure costs can in some respects outweigh the economic gains by as much as 30 to 1". This is why the Brumby government tried, and failed, to bring in a growth tax for vendors in areas declared as growth areas for new housing estates. The whole problem becomes one of addiction. There is so much money to be made by growth, and growth is used by our economic model as a route to evaluating economic success - economic growth and population growth - and are easily quantifiable and tangible symbols of "progress". Like an addiction, when something isn't enough, such as economic benefits, just add more people to pay for infrastructure shortfall, and the cycle continues! While growth industries such as finance, building and land developers keep sponsoring political parties, the corruption will continue. The addiction can't stop, and our leaders both in business and politics will have the power and wealth to retire comfortably, while the rest of us normal people will continue to bear the costs!

Letter to Gillard on Population explosion.

With Sydney's population set to grow 40 per cent to 6 million in the next 25 years, the government has decided it needs a metropolitan development authority to buy privately owned land near rail and bus routes for medium- and high-density housing.

I recently sent Julia Gillard this email:
Why has NOBODY realised that whatever else you do POPULATION CONTROL WORLDWIDE is the only true cure.

At Copenhagen NOBODY mentioned OVERPOPULATION of the World. WHY, the POPULATION debate is coming! In 50 years world population has TRIPLED. (2-6 billion) At the present rate, 6 billion now = 18 billion in another 50 years!

Found on BBC environmental news: More than a third of species assessed in a major international biodiversity study are threatened with extinction, scientists have warned.

These included 21% of all known mammals, 30% of amphibians, 70% of plants and 35% of invertebrates.
At what point will society truly respond to this growing crisis?
Professor Jonathan Baillie,
Zoological Society of London.
Recently on TV it was stated that 50 % of these losses happened in Australia.
In the AMAZON an area the size of VICTORIA is being cleared of trees each year!

This is caused entirely by the increase in Human Population!
It cannot go on. Spreading people around the world is NOT the answer.
Neither is the argument: more people are needed to finance seniors. We seniors must learn to manage with less. It will balance out in two generations.
We do not wish to be a dumping ground for overpopulated Countries.