In a shocking announcement outside his San Francisco office, Sierra Club Executive Director Michael Brune,---who only succeeded Carl Pope to that position less than two years ago--- told surprised reporters that he was stepping down in favour of an android developed by technicians attached to an Artificial Intelligence laboratory financed by Texas billionaire T. Boone Pickens. The android will replace Brune and everyone else on the Sierra Club payroll.

It seems that even the bloated bureaucracies of mainstream environmental organizations are feeling the pinch of the Great Recession, forcing labour-saving economies on even the richest of them. The latest move by the Sierra Club therefore makes sense. Since their high-priced front men have given us robotic answers to perennial questions, why not replace them with a bona-fide robot who will work on the cheap, as American workers have been forced to after the influx of 12-20 illegal immigrants which the Sierra Club has refused to oppose? Ladies and gentlemen, let me introduce "Robo-Pop(e) Mark II, designed using long-term Sierra Club director Carl Pope as a template. 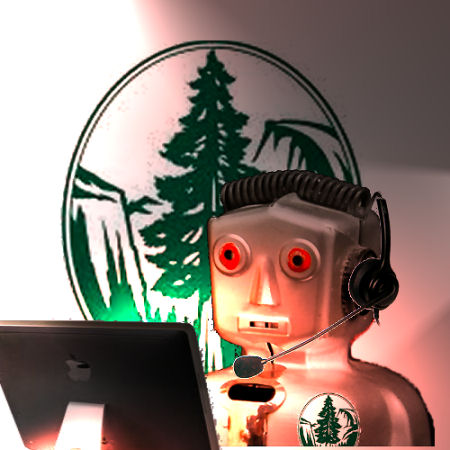 Robo-Pop(e) (pictured at right), who goes by the anthropomorphic Christian name of “Carlos”, has now become the sole voice of the Sierra Club, the flagship organization of the environmental movement.

In a shocking announcement made before a hastily assembled press conference outside his San Francisco office, Sierra Club Executive Director Michael Brune,---who only succeeded Carl Pope to that position less than two years ago--- told surprised reporters that he was stepping down in favour of an android developed by technicians attached to an Artificial Intelligence laboratory financed by Texas billionaire T. Boone Pickens. The android will replace Brune and everyone else on the Sierra Club payroll.

The move apparently came in response to long-standing criticism that the bloated $100 million annual budget of the Sierra Club was consumed by an expensive bureaucracy of careerists intent upon growing the Club by continuing to ignore the root cause of America’s environmental degradation (overpopulation). As long immigration-driven population growth remains unaddressed, critics noted, a growing myriad of environmental problems would afflict the country and citizens would turn to the Sierra Club for help, thus ensuring a steady stream of donations and membership dues. Rather than return to its former policy position of favouring restricted immigration, however, the Board of Directors elected to cut costs by appointing an android who would perform all the duties hitherto assigned to the President, the Vice-President, the Treasurer, the Executive Director, the Executive Chairman, the Secretary , the Fifth Officer and ten directors. 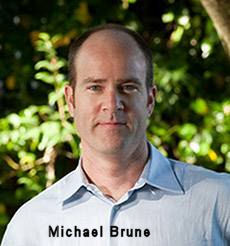 Michael Brune and  Executive Chairman Carl Pope, are now both out.

In “decoupling” the Sierra Club from human guidance,  the outgoing Board has effectively supplanted the robotic control of one entity, the Executive Director, with another ---Robo-Pop---- as well as a dump the salaries and benefits that accrued to employees,  including medical, dental, vision, life insurance options, flexible spending accounts, an employee assistance program, free Sierra Club membership, discounts on Sierra Club outings and books, long term disability insurance, generous holiday and vacation policies as well as a 401k pension plan. As Robo-Pop will work for nothing and live beyond human extinction, the Sierra Club hopes to cut its overhead by 99% and offer proof to its corporate benefactors that it can screw the working class as well as they can.

Carlos speaks Spanish, but that's not all ...

It should also be appreciated that Robo-Pop, or “Carlos” as he is affectionately known  to outgoing staff-----a name made to appeal to illegal Hispanics whom the Club hopes to recruit in gratitude for its stand in favour of porous borders and unenforced federal immigration law---- has been designed to integrate corporate priorities into its deepest thought processes, so that the Club’s donor base can be secured.

In addition to an amazing array of attributes, which include the ability to take dictation and type at 3,000 words a minute while answering 100 incoming phone calls simultaneously----Robo-Pop  is programmed to speak Spanish and Arabic to appeal to the growing demographic the Sierra Club hopes to pander to as the United States hurtles toward a population of a half billion by mid-century. Nevertheless, Greenwash will remain as the Official Language of the Club, enabling it to network with other mainstream environmental NGOs on the corporate take. Moreover,  Robo-Pop, it has been learned, will also have a regular column with Huffington Post.  Technicians were careful to hardwire ‘progressive’ political cant into its neural circuitry, so that it can lace its doublespeak with words like “diverse”, “inclusive”, “vibrant”, “cooperative”,  “sustainable”, “just” and “equitable”.

To test the new “broom”, we phoned the Sierra Club head office and sure enough, Robo-Pop replied in Spanish monotones. Then, after pressing “3” for Greenwash, Robo-Pop spewed out a string of green buzzwords and oxymoronic phrases like "smart growth", referred us to the website for inquiries about population policy and then promptly hung up. The more things change, the more they remain the same.

A robot that spits out "green" buzzwords and oxymorons such as "smart growth" is what we have already in even the best of our environmentally "friendly" organisations and politicians. "Sustainable growth" itself is an oxymoron. The well-being of nations and their people is almost invariably judged by the rate of economic growth rather than living standards, food security and even basics like housing. In an announcement from Minister for Population Tony Burke and Brad Hazzard NSW Minister for Planning and Infrastructure, the Australian and NSW governments have signed off on a program which paves the way for 30 years of "sustainable growth" in western Sydney. They are trying to work out how environmental values can be best protected while allowing "sustainable development"! At the same time, they are offering a strategic assessment that reduces red tape by considering federal and state environmental planning issues in a single assessment process and give greater upfront clarity to developers, landholders, planners, industry, government and the community. Surely this is a contradiction, wrapped up in oxymoron buzzwords? It's the same old destructive urban spawl and environmental bulldozing and pollution under clean, "green" meaningless expressions. http://www.environment.gov.au/minister/burke/2011/mr20111222.html At the same time, the housing "shortages" are set to worsen. Australia has a strong population growth that will continue to outstrip housing supply and the shortfall could reach 500,000 by 2029. http://www.news.com.au/money/property/housing-shortage-set-to-get-worse/... Instead of cities ever being FULL, it's simply called a "shortage", and growth will continue but it is simply labeled "sustainable". It's assumed that "planning" will provide for ongoing high immigration levels. The business lobby won’t acknowledge any of the problems of growth; they are focused on the total size of the economy, a crude measure. They don’t look at GDP growth per head. Climate change, rising fuel costs, water shortages, etc etc. Experts are warning Australia's food producers have a new crisis to consider: Food Insecurity. It's just another political issue, an induced "shortage" rather than an essential!

I think the very idea of population stability or decline is unthinkable to most Americans. America's self-image, like that of Australia, is that of a young, empty land rich with promise just waiting to be filled. This is a delusion because the reality is that America is a solidly middle-aged, considerably overpopulated nation who has already used up many of its best resources (and Australia is rapidly headed in the same direction). The Sierra Club and other movements abandoned any policy of population stabilization because the very idea of American population stabilization is deeply disturbing to most Americans. Those within the movement who were willing to tell Americans what they wanted to hear (that population stabilization isn't necessary) were able to garner the most influence and gain control.

This is very frightening. In

This is very frightening. In the guise of saving money to help the environment, this is the first step to centralised control - by WHOM???? The programmers of course. Who are the real programmers though? Does the android also give press interviews? Can it be sacked should the Sierra Club be seen to degenerate environmental issues? It will be interesting to see if people continue to support them with a robot in place. This is just the beginning of them taking over our planet ... a veritable nightmare!

I'm really astonished to find someone able to make humor out of the Sierra Club, as a former XCom member. It had no humor inside itself, just very serious attitudes. I'm so happy your mom didn't abort you.

Sterilisation is more ethical than abortion