The right to demand protection for Australia's iconic, irreplaceable environment is a liberty that must be preserved at all costs. But if the Tasmanian government has its way, #1f6693;font-weight:bold" target="_blank">soon environmental protesters could be punished with a mandatory minimum of three months in prison.

It sounds like something out of a fantasy novel, but it's true: Tasmania's Lower House has passed a law that could see three-month minimum prison sentences imposed on environmental protesters. #1f6693;font-weight:bold" target="_blank">The new laws would also include fines for those who incite and encourage protests. 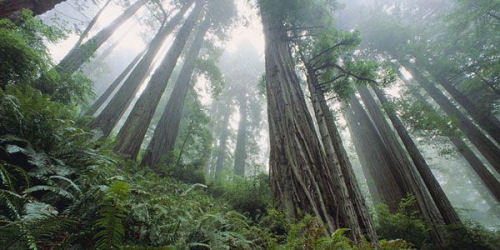 The laws will impose a $2,000 fine for someone who is found "invading or hindering" a business. However, the penalty will increase to $5,000 if it goes to court with a subsequent guilty verdict. And a second offence will see protesters jailed for a mandatory three-month term, #1f6693;font-weight:bold" target="_blank">with a potential two-year maximum.

Activists fear that the law will mainly be used to target those trying to rescue Tasmania's ancient forests, many of which are in peril of being destroyed by major lumber companies.

Australians should be able to nonviolently stand up to save their homes without fear of being thrown in jail. #1f6693;font-weight:bold" target="_blank">Tell Tasmania's Upper House to reject the law and protect every citizen's right to protest!

Original source of article was the "Care2" petition site. Whilst petitions tend to be ignored by our governments, which ignore our will most of the time, this is a way to publicise what is happening. We need to keep bringing these examples of the growing legal repression in our society to the public and to try to organise to combat this road to devastation and a prison planet. Environmental and democracy activists should also consider educating themselves about alternatives to the current financial system for funding protests and bringing people together, such as crowd funding and bitcoin. The Australian system of land-tenure and population settlement severely disorganises ordinary people but there is some hope that they can reorganise outside the traditional financial system. See http://candobetter.net/?q=node/3919 and and on 'crowdfunding".

Like Ag-gag laws prosecuting journalists and animal activists who film animal cruelty, this ultimately makes it impossible to protest or to expose what is happening. If you are in gaol for being an "eco-terrorist", you are out of action. If you are fined repeatedly to the point of penury, you are also out of action unless you find a sponsor or benefactor. This is desperate stuff on the part of those who would rip apart the last shreds of beauty in the world and lower all moral and environmental standards to rock bottom in the name of their freedom to do what they want.

How to make politicians think twice on the Ag-gag laws

A way to deal with this is to go to the Hansard reports of who proposes and speaks for and against this new law. Candobetter.net will be happy to republish these speeches with the names and faces of the politicians who stand up against this law or who vote for it. Most of the time Australian politicians vote pretty anonymously because so few people look up Hansard and because the collusive newsmedia rarely publicise the names of those responsible for helping vote in such laws. Politicians do not like to have their faces and names attached to this kind of law, so that's what activists have to do in this case. I am asking here for people to start cutting and pasting these speeches, names from Hansard in here as comments. We can then republish them. It is a pain just having our editors drop everything else and go trawling Hansard, which is all in pdf and takes time to convert or copy. All you have to do is find the name of the bill or law, the date of first and second readings, and then record the responses, the politicians "speaking to or for or against" the bill. Even if the bill is passed and becomes law, we can still say who made that possible. That will mean that people who suffer by that unfair law will be sensitised to those politicians and will be able to run campaigns exposing their action.

Will Potter: "Green is the new Red" PETITION to Banaby Joyce

When Amy Meyer saw a sick cow being pushed by a bulldozer outside a slaughterhouse, she did what any of us would in this age of iPhones and Instagram - she filmed it. Meyer, 25, knew it was not only cruel, it was a public safety risk. Cows too sick to walk were being fed to school children as part of the national school lunch program. The event was on public property, and when she reported this event, instead of prosecuting the farmer, she was charged under a law in Utah for filming a slaughterhouse or factory farm! "Ag-gag" laws have spread rapidly, and today half a dozen states have made it illegal to film factory farms. Now, the agriculture industry wants to bring ag-gag to Australia. SMH:Australia risks copying US ag-gag laws to turn animal activists into terrorists Will Potter is an investigative journalist who’s dedicated his career to animal rights and environmental issues — and to exposing the way people dedicated to such causes are treated as domestic terrorists by a government primarily interested in promoting corporate interests. His book "Green is the new Red" explores the US government's post 9-11 repression of environmental and animal rights activists, become known as the 'Green Scare'. His writing and commentary has also appeared in Rolling Stone, the Los Angeles Times and the Washington Post. The crux of what he found: environmental and animal-rights activists are now considered the United States’ number-one domestic terrorism threat, and they are being prosecuted as criminals. It's an attack on the fundamentals of democracy, and a right to protest and voice outrage. In the mid-1980s, these corporations got together and created a new word called “eco-terrorist” — because at the time, these protest movements were growing very quickly and effectively, and they had widespread public support. There clearly was a concern that unless public opinion shifted, there’d be a really big problem on their hands. Corporate powers are now growing faster than that of democracy, and governments, due to neo-liberalism and globalisation. It's a dangerous precedent, that they are able to take over legal systems and capture law-making for their own ends. Potter likens the Justice Department targeting of environmentalists today to McCarthyism in the 1950s. The author argues that culture war is “at the heart of U.S. domestic and foreign policy, from the Red Scare to the War on Terrorism.” As Edmund Burke said: "Evil triumphs when good men do nothing". There are higher laws of decency, morality, humanity, freedom, nature and ethics that must be obeyed - and they supersede the laws of that would corrupt them. Big corporate farms love Barnaby Joyce’s proposed law, but it’s a disaster for everyone else. If we can generate enough noise, we can push the government to drop its latest unpopular, corporate-backed policy. Tell Barnaby Joyce to criminalise cruelty -- not whistleblowing -- and drop plans to gag animal rights campaigners. Big corporate farming interests want to do everything they can to gag animal cruelty activists. They know that when consumers are reminded of how harshly animals are treated in factory farms, they demand change -- which eats into company profits. Action.SumOfUs: Barnaby Joyce: criminalise cruelty, not whistleblowing. Drop your plans to impose harsh penalties on people who film animal abuse on factory farms, and instead improve animal welfare standards