(image: cleared land of what used to be Haig Street Primary School, Heidelberg Heights - sold for $16 m for multi-storey developments)

The price of local children gaining access to public education within walking distance from their homes in Heidelberg Heights just got sold for a price tag of $16,000,000.

One hundred and eighteen new double story dwellings will attract families with children who will require access to schools. Due to the nature of "planning" in Victoria, students will be forced to travel further, and enrol in mega-schools, so that "surplus" land can be supplied for housing and massive population growth!

Banyule City Council, at a cost of $26 million to the rate payers of Banyule, purchased the three closed schools sites from the Napthine State Government in September 2013. Since then

Council has demolished the three schools. Consequently, Council plans to develop those sites for medium and high density housing.

Reopen Our Schools letter-boxed local residents calling on Council to halt the development of the school sites in the lead up to the State election. Council has heard residents' concerns on this issue. Council has agreed to mark time on two of the three school sites and are advocating to both State Government and the Opposition to address the educational needs of kids in the Municipality of Banyule. Whilst we welcome Council's decision to mark time of two of the sites, Reopen Our Schools calls for the three schools to be reopened. Demographic data in the local area supports the need for the return of the two primary schools and a secondary school.

Other development proposals in neighbouring Darebin

Darebin Council is also considering a massive redevelopment of the Northland precinct.

This will potentially include multiple story and high density unit development occurring along that stretch right up to Northlands shopping centre. Darebin Council acknowledge that by 2030 they will need 10,000 new homes in their municipality to cater for growing population demand. For details about the Northland Structure Plan click here. Additionally, Darebin Council report there are 800 children already on the waiting list for child care in their municipality (pg 33).

Growth and development in Banyule

Ad into the mix the Ivanhoe Structure plan and the State Government’s Olympia Housing initiative which is designed to replace old public housing stock with new homes - a result where there is massive population density planned across the two municipalities is a certainty, which in turn creates a higher demand on services and infrastructure. A shortage of preschool and child care places has at times been an issue in Banyule as well.

· The successful purchaser of the Haig Street site is a syndicate led by interests associated with Metricon Homes (Metricon syndicate).

· Contracts of sale have now been executed and the final sale price is $16,000,000 subject to conditions being met.

· The proposed development is for 118 two-storey homes and based on the attached concept site consistent with Development Guidelines established by Council. The height and number of dwellings proposed is within the guidance provided by Council of 80-140.

· The Expression of Interest (“EOI”) for the Ivanhoe redevelopment site closed on 19 June 2013. Submissions are now being assessed.

· Council is continuing to advocate an education site opportunity at 230 Banksia Street, Bellfield, to the state government and opposition - other wise this site will likely be another land grab by developers! 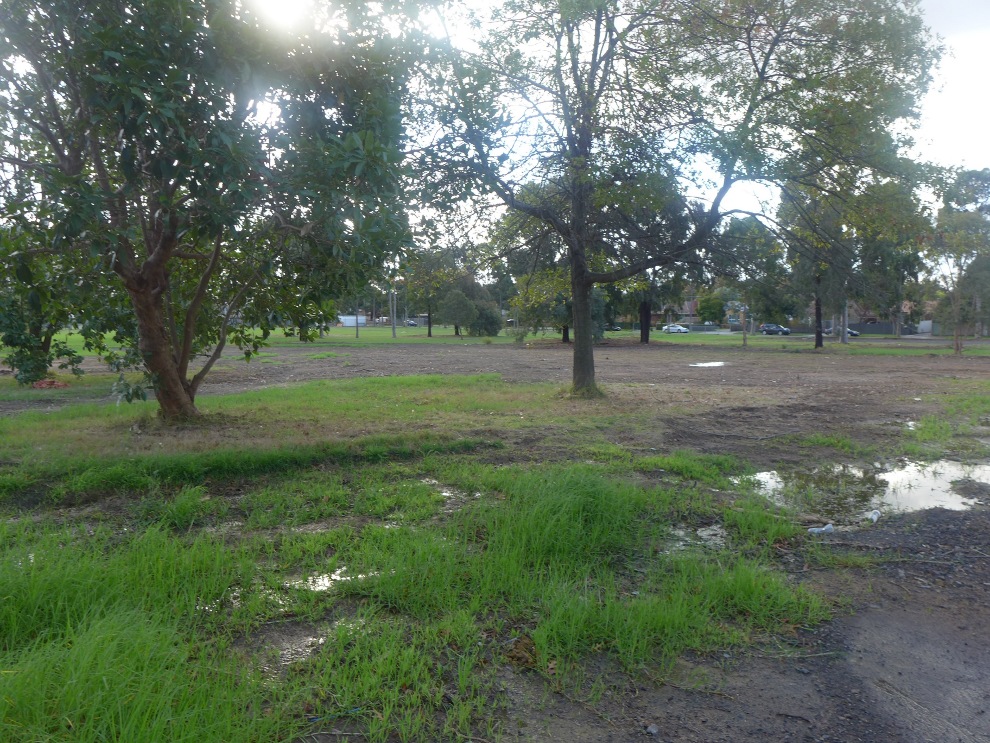 By the year 2030 increases in population for the 0-17 age bracket are forecast as follows; Heidelberg 57%, Heidelberg Heights 38.5%, West Heidelberg/Bellfield 48% and Ivanhoe 48%. These are massive increases in the amount of young people in our municipality, and these children will need access to schools amongst other services. This growth will overwhelmingly be from overseas and interstate migration, not natural growth!

The question remains whether these latest forecasts take into account the massive development plans on foot in neighbouring Darebin which will have flow on effects in Banyule.

What is needed is a whole of Government approach to planning and to ensure that public schools are accessible and within walking distance to homes.

Reopen Our Schools will attend Council’s meeting on Monday night to speak about this latest development. What can be seen from the above is that there is a need for more schools. Where will local children go to school? The State government prefers to pander to the rapacious greed of property developers, and big population growth, than provide high quality and local education for the kids in Banyule.

60% of our population growth due to immigration, yet governments want it to be smooth and natural without disclosure or debate. It's considered a status quo, something that is naturally part of our economy, and inevitable. Any debate about immigration, other than asylum seekers who contribute only 1.2% of our population growth, is quashed as being "racist" or not politically-un-correct. It's "anti" or nimby! Higher populations means more children, and more schools and childcare needed - not less! The destruction of schools, and the environments that surround them, will be negative for living and educational standards. The results will mean more traffic on the roads, higher risks for children travelling to schools, mega-schools without local communities, crowded classrooms, bullying and less facilities for play and sports. Schools belong inside communities, especially at primary level. They are not commodities to be sold off by Councils, and then declare the land "surplus" for property developers! Council rates will increase, local infrastructure will be overloaded, congestion exacerbated and there will be more crime in the area - and the local police station has closed down! It's a growing dystopia of more people, crowded in, with less amenities.

Promotional talks to investors in the Commonwealth Bank of Australia on the 'benefits' of population growth are going on all over Australia. People need to go along and argue the toss on the “benefits” argument. Complaints should be made to the CBA that its approach to making money is fueling the destruction of Australian institutions and democracy. How about it? I for one will be writing to CBA with a query/complaint.

Of course the Commonwealth Bank benefits greatly from population growth! The banks are making enormous profits from housing and the growth in lending for mortgages! It's a great money-spinner, and they virtually do nothing. It's the easiest way of enslaving the public to their lending, and draining the wages from hip pockets into the banks. The 2006 Productivity Commission into ongoing immigration for Australia has largely been ignored. The results were lukewarm, at the least. The greatest beneficiaries of population growth would be the migrants themselves, perhaps, and the capital owners - those who are already wealth and driving the lending and investments! Ironically, third world countries are able to produce more skilled workers than Australia, and if the quality of education declines, it will drive even more "skilled migration" to Australia and further prop up the Ponzi housing and growth in Australia - to our detriment!