Sheep will suffer and die from heat : live export industry 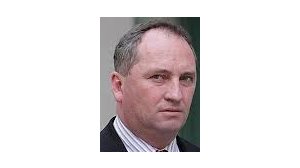 My email to Minister of Agriculture: The Hon. Mr Barnaby Joyce, Jan 14th, 2014

A vet has voiced fears for any sheep being transported and held on live export ships at Fremantle Port as the mercury heads for potential record levels.

Temperatures have nudged 50 degrees near Onslow and Exmouth at the end of last week with a mass of warm air heating over the Pilbara. While you might be safely in air conditioned offices, there are sentient creatures who won't be so comfortable. Perth is warned to brace for extreme temperatures on the weekend as hot air from the Pilbara sweeps down over the city.

Livestock Shipping Services (LSS) vessel the Bader III is currently docked at Fremantle Port, but its export manager Paul Keenam said on Friday he did not know when the ship was due to leave port or if sheep would be transported by road on Saturday. The sheep won't be able to control their body temperatures, and suffer heat stress.

Vets against Live Animal Exports spokeswoman Heather Cambridge said she had studied heat stress in animals in detail and that if there was a ship holding animals in port, heatwave conditions could prove fatal. Dr Cambridge said animals at most risk were those loaded on a ship, but animals on the lower levels of trucks would also be in danger of suffering heat stress.

Animals shipped live from Australia can be confined on vessels for up to three weeks – that is 504 consecutive hours. High temperatures and poor ventilation can contribute to fatal heat stroke in cattle, particularly in those breeds whose physiology is ill-suited to hot climates. Sheep have shown a clear aversion to ammonia from their waste, and tests have shown that it adversely affects the welfare of steers.

The Cormo Express left Fremantle (Western Australia) for Jeddah (Saudi Arabia) carrying 57,937 sheep in 2003. Built in 1979 as a ‘roll-on-roll-off’ ferry, the Cormo Express had been converted to an 11-deck animal transporter in 1989. En route to Jeddah, 1.1% of the cargo (637 sheep) died. On arrival in the heat of Jeddah on 21st August, the shipment was rejected by Saudi authorities who claimed 6% of the animals suffered from ‘scabby mouth’. After almost 11 weeks at sea in extreme temperatures and humidity, one in ten, some 5,692 animals had died, mostly from heat stress and exhaustion while simply waiting in ports to be unloaded.

(Photo the property of liveexportshame.com)

21,000 Australian sheep sent to Pakistan have been killed en masse in the most brutal way. Workers stabbed and clubbed the harmless sheep and even buried them alive in the same pits dug for the dead sheep. This happened after weeks stuck on a ship in sweltering heat ... and then being confined in mud-filled pits with hardly any access to water and food and barely enough room to lie down.

One can only imagine the suffering these animals have endured while slowly dying due to illness, starvation,trampling or heat stress. The vast majority die in their crowded pens without any aid or treatment.

Despite efforts made by both the Australian Government and the live export industry to regulate the export process, tens of thousands of animals continue to die every year while being exported. (and they're said to be the "lucky ones"!)

Our government is under heavy pressure from wealthy and very effective lobby groups, like the live export industry. It's based on cruel monetary gain and selfish profits. It's devoid of compassion and ethics and is a shameful for Australia. Why not listen to the vets? These animals will suffer and die! There are more values in society than simply $$$$.

Another "unfortunate incident" of 4000 dead sheep

The live exports industry is again facing a crisis after more than 4000 sheep died during a journey from Australia to the Middle East. The reports say that thousands of sheep died on the Livestock Shipping Services' Bader III in August last year during searing Middle East temperatures. This revelation has prompted calls from Labor and the Greens for the company's export licence to be suspended.

Vets, lobby groups and The Greens have expressed concerns for the continuing welfare of Australian animals in the live export system.
“The suffering of these animals is too horrific even to imagine. In these temperatures, the ship would have turned into an oven, with these thousands of individual sheep literally baking alive,” said Animals Australia Campaign Director Lyn White.

Chairman of the Australian Livestock Exporters Council (ALEC) Peter Kane said the incident was "indeed most unfortunate". Yes, another "unfortunate incident" in an unsustainable and cruel trade.

Another mass tragedy has unfolded, with more than 4100 sheep dying of heat stress in 30 minutes during a voyage on Livestock Shipping Services' (LSS) vessel Bader III last August-September. This "incident" was not revealed until recently, after the Federal elections. Temperatures nudged 50 degrees near Onslow and Exmouth at the end of last week, with heatwave conditions predicted to extend into next week on the WA coast, as well as South Australia, NSW and Queensland. Heat stress is not a new challenge to the already beleaguered trade. In June 2010, 913 sheep died, (2.5%), due to heat stress and enteritis/salmonellosis on the voyage from WA to the Middle East. July 2010, 1,914 sheep died (3.67%) due to heat stress and enteritis/salmonellosis on the voyage from Portland to the ME, and a further 527 sheep died (2.08%) from the consignment form Adelaide to the same destination. Each year around 37,000 sheep die on board these ships - from starvation, disease, injury, heat stress and pneumonia. 1 These hapless animals are considered the "lucky ones" because they don't end up being treated barbarically, and suffer brutal slaughter while still conscience. Last week, Vets against Live Animal Exports spokeswoman Heather Cambridge voiced fears for live export sheep being transported in heatwave conditions last week in WA. Dr Cambridge said she had studied heat stress in animals in detail and heatwave conditions could prove fatal on a ship holding animals in port. "These ships are not air-conditioned," Dr Cambridge said. Dr Sue Foster, of the Vets Against Live Export group, says heat stress deaths are inevitable in an industry which ships animals to the Middle East during the northern hemisphere's summer. "The only ventilation is forced ventilation, which is basically whatever the air temperature is outside is what is ventilating the ship." As many as 20,000 sentient animals die at sea from disease or injury each year. Their deaths are no less tragic or unethical because their peers survived. 2 Why are the vets being ignored, and these ships still leaving our ports? This issue is about basic human decency, and humane treatment of sentient animals. The bottom-line is profits, and monetary gain! Heat stress is an animal welfare issue for the live export industry, one in a chain of issues make it extremely complex, uncontrollable and unsustainable. The industry keeps promising to "improve" welfare outcomes in a trade that is inherently cruel. 1 RSPCA: heat stress 2 Voiceless: live exports