Citizens Bark While The Growth Caravan Moves On

Tim Murray reports on a recent Canadian census and the public reaction in a voting poll to uncontrolled population growth. He asks why politicians seem to do the opposite of what the Canadian voters actually want. 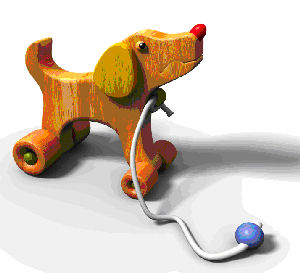 In the wake of the just released Canadian Census Report, the Vancouver Province asked readers what they thought of continuing and rapid growth in their community.

83% said that either growth was "ruining" their communities or that growth "was not something they were crazy about".

Yet we have all four main federal political parties and all three provincial parties saying "Yes!". Yes, let's throw more coal into the furnace and keep our runaway growth train hurtling toward the cliff. Of course, there are some civic parties who want to "manage" growth by packing more and more people more and more tightly together. They even are so deceitful as to call this project "green". But how do you "green" a city by reducing per capita consumption, waste and land consumption while adding more and more newcomers? Cut consumption and waste in half but double the population? How much sense does that make? How much sense does it make to grow Canada's population by deliberate government policies? Does population growth make us wealthier? If it increases the GDP does it increase our PER CAPITA GDP?

If growth creates more jobs does it actually reduce the unemployment rate? If it expands the tax base does the extra tax revenue offset increased infrastructure costs of servicing more people?

If 80% of New Canadians are unskilled, do they earn a high enough income to pay the taxes necessary to offset the cost of social services they consume? If the answer is no, then what does that say about the commonplace belief that immigration is needed to "support the aged"? And what happens when the immigrants we accept to allegedly support the aged themselves become aged? Do we bring in yet more immigrants to support them? Canada already has the highest per capita intake of immigrants in the world (sorry Australia) and the highest population growth rate of all G8 countries. Do we increase this rate exponentially ad infinitum to chase the tail of increased tax revenue?

Do we need more and more immigration to fill the shortage of skilled labour so we can grow the economy? Does not a growing economy create even more skilled labour shortages? Are we sure that we need to import skilled labour? Have we taken a proper inventory of our labour requirements? Have we done enough to train our own youth, particularly Aboriginal youth, many of whom live on reserves with unemployment rates over 75%? Why do we seek foreign labour while we turn our backs on this vast untapped pool of potential talent, wasting away in despair and hopelessness?

These are the questions that policy-makers and politicians won't answer. They won't answer because their jobs depend on avoiding the questions. And they are not the only ones who refuse to face the raging monster of growth.

Public silence about overpopulation in Canada is deafening

Do you hear that? Listen. Listen carefully. Do you recognize that sound? It is the sound of silence. No one is talking about growth, no one, that is, except those ordinary citizens who have had enough and cannot take it anymore, but whose complaints cannot get a hearing on the CBC or with any political party in Canada.

The public silence about growth in Canada is DEAFENING. And, oddly, when the topic of population growth threatens to make itself heard, the quietest place you would find in Canada would be in the offices and meeting rooms of Canada's mainstream environmental organizations------ who remain MUTE about the manifestly negative and massive ecological impact of our country's population explosion. Their silence is stunning given that over the last two decades, mass immigration has generated four times as much Green House Gass emissions and despoiled three times as much land as the Alberta oil sands project--- not boreal forest one might add, but for the most part, prime farmland.

Ah, but greens say, urban sprawl is not a function of population growth but "bad planning". The problem though, is that, to the contrary, on average half of sprawl is driven by population growth, 70% which in turn is driven by immigration. And since land-use planning is under the control of developer-controlled local councils, stopping sprawl must require stopping growth, not managing it. That is the raw reality that the talking heads of Green Inc. will not acknowledge.

The release of this latest Census report should have given the environmental establishment the opportunity to blow the whistle on the government's immigration policy. It would be the ideal "teachable moment" to restore "population" to the position it once held in the environmental discussion, and to resurrect the call for the development of a Population Plan for this nation. But once again, as happened in 2007, they have nothing to say. Not a word. Not a peep. Just what their corporate benefactors want to hear.

Editorial: Yeah, we’re growing, but are we happy?

Should Greater Vancouver just keep growing until it resembles New York City? Is that what we all want? (MCT FILES)

Population figures from the 2011 Census didn’t tell us much that we didn’t know already, at least in a general sense. B.C. and its large, Lower Mainland communities are growing at a brisk clip.

Developers, who stand to profit, and most politicians, who equate population growth with success and more power, champion all growth as wonderful. And while it’s true that growth means jobs and greater economic activity, it also means more crowded communities, more traffic, greater pressure on public facilities, higher costs on local government to provide services, and usually higher housing costs.

How dense we want our communities to become, and to what extent we should preserve current neighbourhoods, are questions in a discussion that all citizens should join. VOTE:

Thank you for voting!

. . . fantastic, and creating much more dynamic and interesting communities. 6.52% (6 votes)

[Editor: More have voted since this article was written.]

The answer is NO we should not keep going until we resemble New York as your editorial asks. The beauty of the Vancouver and BC that I grew up in is the laid back quiet beauty, not the expensive, densified unfamiliar place we are starting to become. We are told to expect another million people in the next couple of decades or so. They told Toronto that also, and then they got a million more, and another million .... you get the picture.

If anyone actually believes that such high immigration is necessary they are very naive. No other country with a similar birthrate has experienced such massive changes. When did we ask for our communities to become concrete jungles and for us long time residents to become alienated? Such change is unnerving.

The Loaded Dog - a chance to comment in the media

Bob Carr, back when he was NSW's premier, declared Sydney was FULL. While he has confirmed his support for small-"m" multiculturalism, it doesn't require a Big Australia or a burgeoning population. The pro-immigration Premier now wants to open the door to more skilled business migrants and international students to help revive the state's economy. He blames poor planning by governments - not immigration - for population pressures. It's assumed that "planning" can simply wipe away all the problems of overpopulation - ignore the costs on the environment, funding, lower lifestyles, increasing crime and the congestion of public and private transport. Is he right? Can Sydney cater for more immigrants? The Sydney Morning Herald invite entries of no more than 150 words. Please send to [email protected] by 10am on Friday and put "Is Sydney full?" in the email subject field. Please include your full name, email address and telephone number. It's assumed that economic growth, through a bigger GDP, will solve all the technological, human and environmental limitations of growth. The best will be published in the Extra section of the new Sun-Herald on Sunday. Readers are about to get a smarter choice on Sundays. The new Sun-Herald will engage more deeply with its Herald heartland - intelligent readers seeking more substance on Sundays. http://www.smh.com.au/nsw/the-loaded-dog-20120321-1vj1o.html