In his book, Ethical Oil, Canadian author and high profile media commentator Ezra Levant took aim at the hypocrisy of Greenpeace and other environmental groups in training their guns on Alberta oil sands oil, while leaving oil producers such as Saudi Arabia off the hook. Better that America buy its oil from Canada---a country that respects human rights and applies stronger environmental controls----than from offshore dictatorships. With oil sands and the Enbridge pipeline proposal under attack, and billions of profits and tax revenues on the line, Levant has stepped up his attack on the environmental movement. He charges that their agenda is driven by a prejudice against technology and civilization, a discredited attitude with a long pedigree. The ideology of Deep Ecology is a toxic, anti-human death cult. But is not the ideology of endless growth a death cult of the most profound kind? 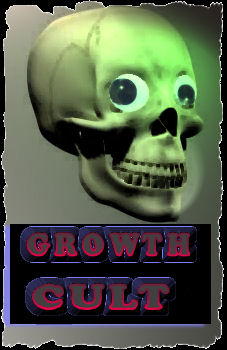 Ezra Levant is a Canadian media personality and author of increasing prominence. In my view, he is a composite of the very best and very worst of 'conservativism' as it is known in Canada. He has been a fearless crusader against censorship, corruption in the CBC, Islamopandering and political correctness. Good on him. But coupled with these virtues is a profound ignorance of ecological issues. Unfortunately, he is quite gifted in showcasing this ignorance in an entertaining and persuasive manner. The following two short videos are a sample of his invaluable work on behalf of Big Oil and the ideology of endless growth.

In these diatribes he describes a good part of the environmental movement as a 'death cult' with a 'toxic', 'anti-human', 'anti-progress, 'anti-technology' message. He directs particular scorn at "luddites" and "transition" crazies, who want to "de-energize and de-industrialize" our society and destroy our quality of life. Whereas the early luddites smashed machinery, modern luddites are killing pipelines with their petitions. The reason we enjoy comfort is because of the triumph of technology, human ingenuity and freedom, freedom which is threatened by those who want the nanny state to tell us to recycle, use low flush toilets and regulate our lives. The bottom line is that these anti-industry, anti-progress environmentalists HATE oil, and some of them hate it so much they are telling us lies about it running out. That is what drives them. That is the world according to Levant. And that is the world that, if you believe the polls, most Albertans and western Canadians live in too, including many who do not vote for Harper's Conservatives.

What frustrates me about Levant's rant is that there is a kernel of truth mixed in with his ignorance and sophistry. There ARE people in the green movement (he calls them Deep Ecologists, I call them anarcho-primitivists) who do believe that a pre-industrial existence would be lovely. They believe that life would be so much better 'off the grid'. I am not one of them. I know what it is like to live without electricity. It is an effing pain in the ass, if you want to know the truth. And I know a lot of people like me, who having 'roughed it', never want to go back to that life again. I like civilization. I like the amenities I enjoy, and am grateful for what modern medicine and medical technology has done for me. But that is not the point. The point is that according to what I read, this civilization, the civilization that I enjoy, is not sustainable. It is not a conclusion I want to reach, but there it is.

So the choice then, is either to let it continue with BAU and crash with horrendous consequences-----a very 'anti-human' option surely---- or try to de-industrialize and de-populate incrementally so as to lessen the pain and shorten the casualty list. That, according to Levant, is a toxic, anti-human proposal. And it would be----- if you believe, like Levant, that non-renewable natural resources and human ingenuity are inexhaustible. But I don't. So count me as a luddite.

Industrialism and our industrial lifestyle paradigm are not “inherently evil”, as some/many environmentalists believe. The problem with industrialism is that it’s physically impossible going forward, which is something that folks like Ezra and other industrialism proponents don’t understand. At the end of the day, industrialism need not be “killed” by Luddites or Deep Greens; it is dying from starvation—from ever-increasing NNR (non-renewable resource) scarcity. (But) just as people who believe that our industrial lifestyle paradigm is exclusively a function of human ingenuity, technology, and hard work are whackos; so are people who believe that they can live in post-industrial bliss in some sort of “subset solution”, from compounds to transition towns. As for people who actually believe that some type of “totally back to Nature” alternative is preferable, my response is “go for it; nobody is stopping you…” Chris Clugston

Consider the source of this propaganda. From what I've gathered this man (I use the term loosely) is a vile pocket minion of the tarsands. In no way is Ethical Oil independent. The Keystone XL corruption proved this. A book coming from someone who "interviewed" occupiers by asking about 20 people at the Occupy Movement if they had enough condoms is not worth the ink. Anyone who throws racial slurs (What racial slurs? - Ed) as a form of debate when met with First Nations death rate concerns during a public forum does not deserve the space you allotted to post his ideals. Yuck.