The release of Canada's latest Census report should have given the environmental establishment the opportunity to blow the whistle on the government's immigration policy. It would be the ideal "teachable moment" to restore "population" to the position it once held in the environmental discussion, and to resurrect the call for the development of a Population Plan for this nation. But once again, as happened in 2007, they have nothing to say. Not a word. Not a peep. Just what their corporate benefactors want to hear. 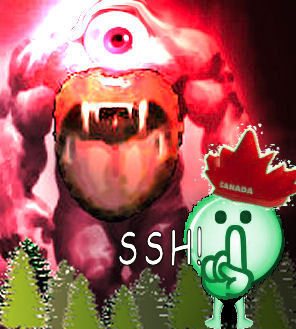 “The raging monster upon the land is population growth. In its presence, sustainability is but a fragile theoretical construct. To say, as many do, that the difficulties of nations are not due to people but to poor ideology or land-use management is sophistic.” E.O. Wilson

The results of the 2011 Census Report were released on February 8th of 2012, but the silence from official environmental quarters continues. How could that be?

Yet two weeks have passed since the 2011 Census Report was released they still have nothing to say about the biggest ecological disaster to afflict this nation since the last ice age, Canada’s silent killer, the cancer of rapid exponential population growth, 70% of which is driven by hyper-immigration, a policy that has been responsible for the addition of 7 million people to this country since 1990, when it began. Its environmental impact has been enormous. It has generated four times as much GHG emissions as oil sands project and despoiled three times as much land. Not boreal forest, but precious prime farmland for the most part, which has been converted to housing. In Ontario alone, according to Ontario Farmland Trust, some 600,000 acres of very good farmland was developed between 1996-2006, a period of very high immigration rates, which incidentally match Australia’s as the highest in the world. The province’s then Environment Commissioner, Gordon Miller, warned that if this intake was not curbed, the “Golden Horseshoe”, site of some of the best farmland in Canada, would have to accommodate another 6 million people in the next two decades.

The future looks bad. How bad is it? Check out the numbers.

Once again, Canada had the fastest population growth rate in the G8-----for ten years running.

Had Canada retained its relatively high population growth rate of 1.08%, experienced between 2001-2006, our population would double in 65 years. But now, with an even faster population growth rate of 5.9%, we are on target to double our population in 59 years. This means that by 2071, Canada would consist of 66 million people---and this assumes that we will not be called upon to accept tens of millions of refugees fleeing the impact of climate change and crippling resource shortages and the conflict which will ensue from it.

What are the Talking Heads of Green Inc. telling us?

We cannot allow this to happen. Someone must speak out. Someone who commands attention. Someone like David Suzuki or the Executive Director of the Sierra Club. What is holding these people back? Why won’t they break the silence? Are they telling us that adding 1,863,791 more consumers to our society in 5 years is of negligible ecological impact? Are they saying that pipelines cannot be built before they are vetted by ecologists and biologists and subjected to public hearings, but there should be no environmental impact assessment of population growth as a deliberate government objective?

The hypocrisy of Canada's Green Pharisees is breathtaking. While the house is burning they vigorously polish the wood furniture. Our cities are bursting at the seams and sprawling over arable greenbelts and they are missing in action. I cannot find words adequate to vent my rage at these pretentious fakes, so I will invoke the scorn expressed by Jesus in Matthew 23:23:24 when spoke of the hypocritical high priests of his time:

"You blind guides! You strain out a gnat but swallow a camel"

Australia is much worse

1.1%? 1.2%? These growth rates are of course extremely, unsustainably high. But the Howard and Rudd governments boosted the growth rates in Australia to 2%, and this is what the business community here has come to accept as normal. Its dropped down to about 1.7% now, and already they are starting to bleat that Australia is falling behind. If and when the growth rate drops down to 1.2% they will absolutely panic. (Of course 2% - 1.2% - even 0.5% are all too high. The only truly sustainable growth rate is zero. And before that we'll probably require a period of negative population growth.)

I don't understand why the growthists remain in this country. All they do is try to change it. They are rotten, unhappy citizens, constantly carping and complaining about what the rest of us enjoy - and trying to bully us. Maybe Australians could get together and buy all the members of the property lobbies tickets to China, seeing as they like huge populations and growth so much. Who should we nominate first?