The Canadian federal election cries out for an alternative to BAU growthism. It cries out for a party which would present a coherent and distinctive alternative to the system of economic growth. Canadians need a place on the ballot where they can mark an "X" beside "no more growth". In fact they need an opportunity for vote for "de-growth". But the Green Party of Canada is not providing them with that opportunity or alternative. Instead, what they are providing is meaningless rhetoric and platitudes. Shall we lend credence to their approach by voting for them? Shall we allow them to say that they have our support for their direction? Shall we allow them to say, after receiving our vote, that they have a mandate to push for hyper immigration and a foreign aid policy that would continue to promote global overpopulation? I say no. I say that casting a vote can sometimes be worse than spoiling a ballot. There are many things one can do to promote change that voting in a sham election. Writing, petitioning, demonstrating and educating the grassroots come to mind. 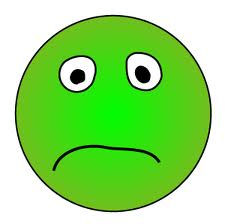 The Canadian federal election is upon us and the Green Party claims to offer a "significantly different approach to governance" (see below). Really? Let's take a look:

1. "Growth is fine--as long as it doesn't foreclose future options". What kind of growth doesn't? What kind of growth does not involve the consumption of non-renewable resources? Growth in knowledge? Human brains need energy and sustenance. More humans need more resources, no matter what they do. Doesn't knowledge involve capital investments? Computers? Printers? Books? Classrooms? Laboratories? Lab equipment? Or is this knowledge to be imparted by ESP? Can we have science without technology? And if not, what technology does not require material inputs? Are MRI machines, electric cars and solar panels to be made out of thin air? How can the metals and minerals required for such technology be extracted without "plundering the earth”?

2. "We can have nutritious food forever---so long as we look after the soil" Food for how many people? 7 billion? Without fossil fuel inputs? If soil requires 15 years to regenerate naturally, then how many people could be fed? Do the math. 1/16 of 7 billion is what? Does the Green Party have a plan to shrink the human population down to fit that soil capacity? Do they have any plan that involves the "P" in the IPAT equation? Do they even know what the IPAT equation is?

4."Political parties of every stripe are mesmerized by the mantra to grow, grow, grow---every party, that is, except the Green Party". The Green Party does not believe in growth? Hmm. How would Canada NOT grow when it adds 350,000 people to its number each year? How does the Green Party intend to put an end to growth by advocating an immigration level 25% higher than it is now (285,000 per year)? How does it propose to end growth in a world that sees 80 million additional humans each year? Are they telling us that we can have population growth without economic growth? Will those extra people not demand resources? Where will the material to build "comfortable" houses for those extra people come from? Will no energy will be expended in providing it? Where will the resources for education and health care for those extra people come from? Will people in Greendom be disembodied spirits without a footprint?

What the Green Party offers is shallow trendy rhetoric without substance. Long on kumbaya and short on logic and math.

Some lament the federal court decision upholding the media's right to exclude them from the televised national debate. I would too---if indeed they really did offer "a significantly different approach to governance". But the truth is, the only thing truly "Green" about this party is its name.

Nonetheless, I am told that I have no other choice--as if voting for one faction in a one-party state is morally mandatory. Wrong. I can register my disgust with this sham democracy by returning my ballot unmarked to the electoral officer. And you can do the same. Imagine a million spoiled ballots. Now that would send them a message.

Once again Canada is looking for direction and once again Greens
across the country are trying to explain that there is a real and
important change in our circumstances that requires a significantly
different approach to governance. I've tried to capture the key point
here. Of note is that by referring to the underlying issue of having
reached a physical maturity as societies (ie. our activities fill our
planet), our message of change needn't be blocked due the spin that
has brought so many to deny issues like climate change.

If this is of any use, feel free to use it in whole or in part, as is,
or edited in any way that suits your purposes. No attribution
necessary.

Wishing you strength and inspiration for the weeks ahead.

Change is essential, not because food and fuel prices are rising
faster than we can afford, tho for many this is true. We need the new
approach because our governments are dedicated to an economic model
that seeks to expand regardless of the impacts that expansion has on
our planet and on the other peoples with whom we share it.

Food, fuel, forests, fish, fresh water, soil fertility - even the
ability of the environment to absorb our waste - are all being
stretched. Yet, political parties of all stripes are mesmerized with
the outdated mantra to grow, grow and grow.

Every party, that is, except the Green Party.

The Green Party was founded because the others wouldn't take planetary
limits seriously. Growth is fine, as long as it doesn't foreclose
future options. We can grow nutritious food forever - if we look
after the soil. Shelters can be developed to capture sunshine and
cool themselves without requiring large amounts of energy. Education
and preventative health care are essentially boundless because they
are composed mostly of the unlimited resources: knowledge and good
will. All these steps will require that people work at them.

We could have a well fed, comfortably housed, well educate, healthy
and employed population, without plundering the Earth, if that was the
goal of our society. It is the goal of the Green Party and we are
inviting Canadians to take the step with us toward a sustainable future.

The human family has been expanding the volume of our activities for
thousands of years. Now that we are stretching the Earth's limits,
rather than expanding consumption and waste, it's time to adopt a
mature approach and to focus more on creating a sustainable future.

Join with us to build a future that our children can look forward to.

Ms Pauline Hanson has a lead of more than 6,000 primary votes over Greens candidate Jeremy Buckingham, who is also vying for the final position in the NSW Upper House. Ms Hanson stood as an independent candidate at the March 26 election, having severed formal links with One Nation, the party she co-founded. One Nation party threw its weight behind Ms Hanson, saying it still shared many views with its one-time leader. According to the media she "could hold Australia's most populous state to ransom if she wins a seat in the NSW Parliament today". For all her defects, or outspokenness, or illegal activities, she clearly has voter confidence. The same-same mantra of growth in the mainstream Lib-Labs, and the Green's avoidance of a policy of population growth, means that there is a "gap" in the policies being presented at the elections. It's assumed that immigrants, once they are here, will vote the parties that support ongoing immigration and growth. However, this is not necessarily so. Many of them have come here to be free of high rise living, congestion, corruption and pollution. Australia is/was an attractive option where our lifestyles were attractive and affordable, and the country accessible. Our cities are now changing for the worst. There are people worried about the future, about sustainability, about our food security, our rising costs and the coming energy crisis. The Economy is the main concern for politicians, rather than human and planetary welfare!