Bogeyman of racism a useful decoy for the Growth Lobby 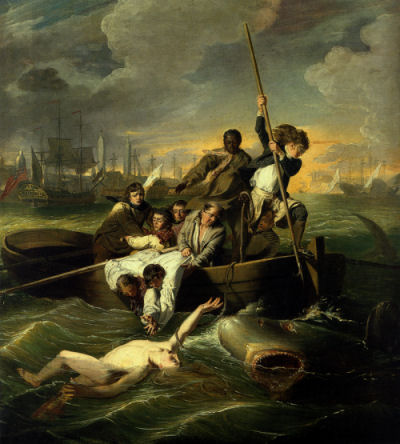 The nationally publicized assault of a 38 year old black man

The nationally publicized assault of a 38 year old black man in Courtenay, BC by three young white thugs was predictably amplified by a media eager to sound the siren of politically correct paranoia. There was racism under every bed! White racism that is. The other kind, of “black on white” assaults, which statistically is much the more common event in America, is not the subject of polite conversation. It is, after all, socially outrageous to speak the truth in Canada. Best to ban the publication of ethnic crime data to smother bigotry in its cradle. Then again, statistical profiling may very well do the opposite by revealing that crime is not the trademark of any ethnic community but only of a tiny and troubled minority within it. And that culture, not skin pigmentation, is a relevant factor, among many.

When the Mayor of Courtenay, Greg Phelps, failed to comply with a PC injunction to support a “feel good” anti-discrimination ‘protocol’ he found substantially meaningless, to address a problem too over-blown to warrant panic, an activist of self-righteous disgust raised the specter of rampant subterranean racism. You may not see it, but trust me, it’s here, there and everywhere! Courtenay may project the image of placid tolerance, but scratch the surface, and it’s a town in the Jim Crow South. “The mayor,” he said, was “just the tip of the iceberg. And it’s not about the three young white men either. There’s got to be a large peer group who shares their racist views. And don’t forget racism begins at home. These men obviously have parents. And these parents have peers too…” Implication? Let’s find them and root them out! I wonder if Arthur Miller’s “The Crucible” is included by the school board in the canon of student texts, along with the slogans of intolerant tolerance that the Ministry of Education mandates.

How inconvenient it was then, when it was later learned that apparently, the three aggressors subsequently attacked a Caucasian man. One wonders would words they applied to taunt him. Was it “fatso”, “gimp”, “four eyes”, “baldy” or “fag”? If so, would it indicate that they were motivated by a hatred of obese, handicapped, bespectacled, hairless or gay people? Or would it reveal that their despicable aggression was more accurately the result of three young punks spoiling for a fight and looking for any handle or epithet to goad their victim and get under his skin?

This media alarmism and rent-a-crowd fury recalls the outrageous claim made by the then Minister for Multiculturalism, Hedy Fry, that racism had reached such a fever pitch that ‘they were burning crosses in Prince George (BC).” That too was a ridiculous hyperbole and a blatant lie. Prince George was no more a racist hotbed than Courtenay is today. Nevertheless, these kind of charges serve a purpose. And what purpose do they serve? They stoke up a hyper-sensitivity not only about racism, but issues about that are peripheral to it, but not necessarily connected.

The bogeyman of rampant white racism creates an atmosphere of social intimidation that already greets anyone who dares to criticize the state policies of mass immigration and official multiculturalism. And as we have seen here and elsewhere, racial vilification laws and the revision of history are the logical complement to it. The need to suppress and punish odious views is thought necessary to smother any nascent challenge to the corporate agenda of growing the economy by growing the population. Hysteria inflates the constituency for more restrictions on contrarian speech and the ethnic cleansing of textbooks. Since Canada’s immigration selection criteria, in tandem with the second highest per capita immigration intake in the world, ensures that the country will evolve as Courtenay is evolving, into “a growing community increasing in diversity”, ethnic harmony must come at any cost.

Given that imperative, free speech can no longer be regarded as the very condition and pre-requisite of all other rights, but in the classic Canadian light, of merely one right to be weighed against others in determining the public interest.

“Cultural diversity” is the clarion call of the liberal-left, but it is also the mask of the corporate elite, a sweet-sounding syrup to coat the bitter pill of naked profit and greed---and the environmental degradation that comes with it. Big banks, developers and cheap labour employers fly its banner as a smokescreen to obscure their efforts to widen the labour pool and recruit more homebuyers. Immigration is openly promoted as a life-preserver for the shipwrecked home mortgage and home building industry by the Royal Bank of Canada, Scotia Bank and other credit institutions. Cultural diversity is the flavour of the month for an agenda that has no sincere interest in ethnic folk dances and exotic cuisines, but only in the making of money, and the fragmentation of a once cohesive society so that united opposition to its aims become less and less likely as the process unfolds. It is a kind of diversity that comes at the cost of both biological diversity---the staggering loss of species from human population growth in Canada----and intellectual diversity. A nation where people of different origins and hues can co-exist only if they sing the same tune, and the old slogans of “white” nationalism are supplanted by the cant of fake “diversity”. It is the ideology of current convenience, like the “Manifest Destiny” or “White Australia” of times past, to camouflage and disguise the continuing quest to dispossess whom ever happens to be the native population of its share of the economic pie.

For good measure, school textbooks, and history itself, has been revised to advance the new state religion of “Multiculturalism”—Canada’s Ingsoc. The falsehoods of the past have been replaced with politically correct falsehoods of the present. The Chinese head tax and the Exclusion Act, together with the Komagata Maru incident, now form the centerpiece of White Guilt 101, which never looks at the historical context of these events, but assigns retroactive blame on working people and politicians whose main objective was simply to defend wages and living standards from cheap imported labour. No mention is made, for example, that “Chinese exclusion” did not apply to students, diplomats or Chinese business men and their families. Some kind of ‘racism’ that.

Don't play into the PC game-plan

But making the foregoing case plays right into the PC game-plan. That is, draw us into a verbal maelstrom on race, away from the critical issue of sustainability. Away from what should be our primary concern, which is not about how people in our lifeboat treat each other, where they are from or how they look, but how many damn passengers the boat can carry sustainably past the tumultuous storms of peak oil, peak water and peak everything that loom over the horizon. The relationship between humans is secondary to the relationship of humans to nature and the resources it provides. HMCS Canada is a lifeboat, not an aircraft carrier. It is not a vast and boundless land begging for more people to unlock a treasure trove of limitless resources, but a big “little’ land in ecological terms. A nation of frozen tundra, short growing seasons, mined out and marginal soil where 20% of its best farmland is paved over and the rest is under threat from continuing sprawl and the impending loss of oil-based fertilizers. A ship hurtling toward the iceberg of overshoot with politicians on the bridge who want to stop to pick up more passengers and encourage those already on board to have more children.

It is in this context that the crusade of “anti-racism” must be seen. It is the sand that is thrown in our face to get us off our game----stopping growth. And growth is no bogeyman. It is here and it is killing us.