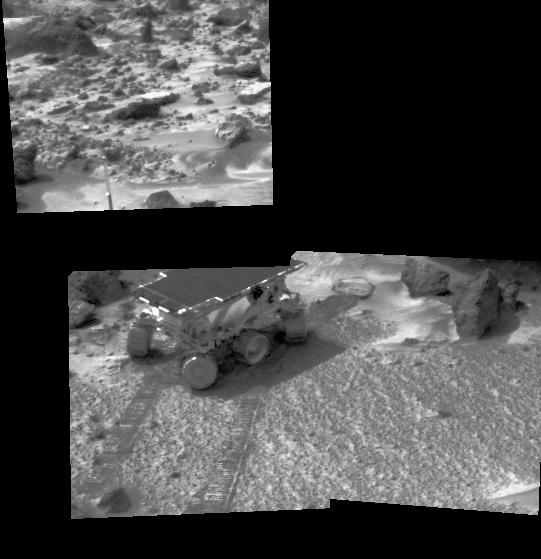 One hope out of the avoidable tragedy of the 2009 Victorian Bushfires and out of the political football of the Brumby Royal Commission is that public will demand a paradigm shift in Australian bushfire fighting resourcing and standards.

One of the fundamental changes must be to force a leap frog from post-World War II bushfire detection to state-of-the-art 21st Century remote sensing of ignitions. The current system which relies upon members of the public calling 000 to report bushfires is substandard fire-fighting practice and unacceptable. Allowing ignitions to burn out of control in remote locations and blow up into fire fronts is also substandard fire-fighting practice and unacceptable.

Bushfire research and technologies are well advanced, yet culturally and politically there remains fundamental disconnects between such state-of-the-art developments and fire-fighting practice.

The German Aerospace Institute (DLR) has designed a patented scanning technology which as been used successfully in NASA's Mars Pathfinder Mission to survey the surface of Mars. It has since proven highly effective for the early detection of forest fires in Europe.

The Firewatch system includes "a sophisticated sensor/camera which collects data as it rotates on top of a mast or fire tower. Each camera/sensor can monitor an area of 400-700 square kilometres (depending upon the topography) 24 hours a day. Sophisticated software then takes the data feed and interprets it. It is able to detect the difference between 16,384 shades of the colour grey and as such can detect the difference between smoke, cloud, mist, fog and automatically alerts the emergency services command centre when smoke from a fire is detected."

"The third element is the independent power system which is a combination of solar and hydrogen fuel cell technology which means the cameras can operate in even the most remote locations off the power grid. The Firewatch system thus provides real-time information and analysis of all fires within the camera’s range, the exact location to an accuracy of 1.0 meter, and using meteorological data feeds like wind speed and direction, humidity etc, can advise in which direction the fire is moving. Firewatch has been proven to be able to detect smoke from bushfires before the human eye can see it."

"The Firewatch system is not new. It has been used in Germany for the past 7-8 years and in this time it has reduced the area of forest burned each year by over 92%. The benefits to human life, property and carbon dioxide emissions are immense. Firewatch systems are now either installed or in the final stages of commissioning in the United States, Mexico, Portugal, France, Holland, Greece, Estonia and the Czech Republic."

One can't blame Australian bushfire fighting for not having such a state-of-art remote sensing system if politicans don't enable the organisation with the necessary funding, skills, and trained personnel.
If any blame is to be directed out of the Victorian Bushfires it must be to the systemic lack of political will to properly resource Australian bushfire fighting with proven effective state-of-the-art technologies.